GOLF: Tiger Woods was right to bet on a horse named ‘Tiger’ for the Presidents Cup 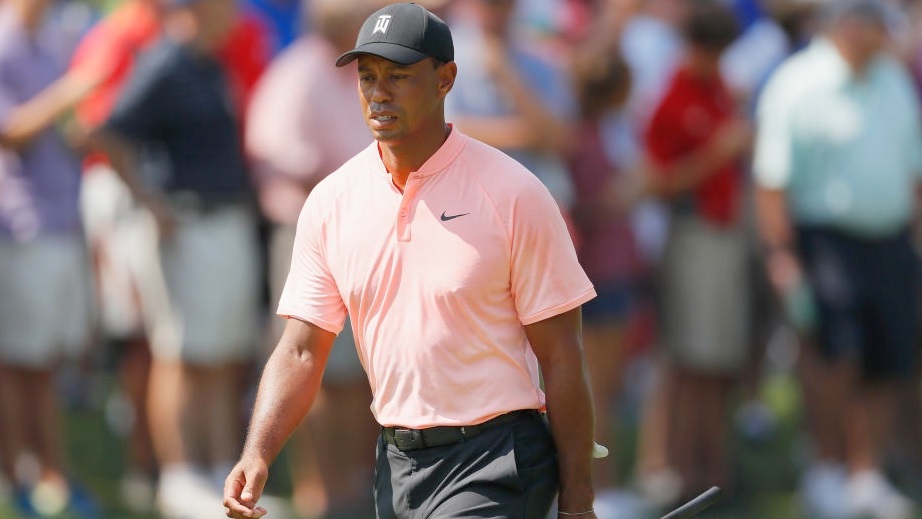 The full U.S. and International squads for the 2019 Presidents Cup were revealed last week, with captains Tiger Woods and Ernie Els making the final roster decisions in advance of the mid-December clash in Melbourne, Australia.

Typically, the announcement of the final wild-card selections would be a minor declaration in American news cycles, especially during the middle of football season.

However, there was a minor stir of controversy on the U.S. side, with Woods choosing himself for one of the four wild-card spots — along with Tony Finau, Patrick Reed and Gary Woodland.

BATSBY Sports offers four air-tight reasons why Woods’ self-serving, but victory-infused decision should be viewed as a stealth maneuver:

If he had been wearing the captain’s hat four years ago, it might have been optically unwise for Woods to select himself as a wild-card entry, upon enjoying just one top-10 finish for the 2015 campaign.

Fast forward to 2019: In April, Woods secured his fifth green jacket at The Masters — but also his first-ever major in a come-from-behind setting after 54 holes.

Woods’ impressive overseas victory prompted Woodland — the reigning U.S. Open champion — to say Tiger would be “crazy” not to select his own name for the Presidents Cup squad.

Have you seen the latest Official World Golf Rankings?

In this respect, Woods’ loyalties were solely tied to being a ‘chalk’ asset with the World Golf Rankings.

In other words, Woods might have done Team USA a notable disservice by not going with the highest-ranked American — himself — among the wild cards.

Bottom line: The Americans are overwhelming favorites to capture the Presidents Cup trophy for a ninth straight time; but since captain roles tend to alternate among star players (new blood every two years), why not maximize this golden opportunity in the leadership spotlight?

If MLB and the NBA can experiment with a player-coach model … why can’t golf follow suit?

From Jack Chapman and Charlie Gould (both 1876) to Joe Torre (1979 with the Mets) and Pete Rose (1984-86 with the Reds), more than 210 player-managers have served Major League Baseball through the years.

The NBA listing of player-coaches doesn’t read as long, but it still includes a robust number of player-coach icons from the first 72 years of league play (including Lenny Wilkens, Bill Russell, Bob Cousy, Dolph Schayes, Dave DeBussschere … and Dave Cowens, the last to do so).

OK, so neither basketball nor baseball have dipped into the player-coach/manager model for 30-plus years, but it’s still a smart play in selective spots — such as a one-off golf event on the other side of the globe.

On the flip side, should anyone really be surprised that Woods was willing to bet on himself, when making the final wild-card selection?

Even when golfers (like Tiger at Stanford — 1994-96) belong to college teams, they’re still operating as self-sufficient entities, for the most part.

And that individual accountability goes up ten-fold when star players turn professional.

In a flash, these sweet-swinging golf prodigies become CEOs of their own mini-corporations. If they want to win a tournament on the PGA Tour (or other parts of the world), they’re 100-percent responsible for their own travel, lodging, expenses, prep work, off-course schedule … and final numbers on the actual scorecard.

In other words, the 2.0 version of Tiger — happier and chummier on the course, aware of physical limitations in his 40s — might have great relationships with other Tour golfers, old and young. But he can only gauge the head-to-toe mental/physical well-being of one player.

That golfer: Once again … Tiger Woods.

Besides, do you think Woods would risk embarrassing himself on the course for such a high-profile opportunity, if he wasn’t feeling at full strength?

The Rickie Fowler omission might be rendered moot, if one of USA’s biggest stars sits this one out

According to Golf.com, Woods had great difficulty in calling Fowler, purportedly his final cut when determining the U.S. squad.

But there’s still hope for Fowler … if he’s willing to play the role of ready-in-waiting alternate.

Brooks Koepka, the four-time major champion from the last two years (two U.S. Open, two PGA Championship titles) and No. 1 golfer in the World Golf Rankings, has been dealing with a knee issue; and if he can’t suit up for Team USA … Fowler (World Golf Ranking: 21st) would be a natural fit to fill the void.

This year’s Presidents Cup (Royal Melbourne Golf Club) will be a prime-time showcase for all four days, with Eastern Standard Time TV viewers getting the following plum windows, by day:

Do we need to say any more here?

In mid-December, American sports fans are consumed with holiday shopping, the final month of the NFL season, the fantasy playoffs, college and NBA hoops and travel preparations for college bowl games.

Simply put, that time of year remains a tough nut to crack for the golf industry. But with Tiger being fully available for the cameras all four days — either as a player, coach, media sound bite, fiery leader, etc. — it’s safe to assume this will be the highest-rated Presidents Cup broadcast in American television history.

Well, Woods might be turning 44 in late December … but he still brings casual-fan eyeballs to the TV, en masse; and you can’t put a price on such a mid-December gift.