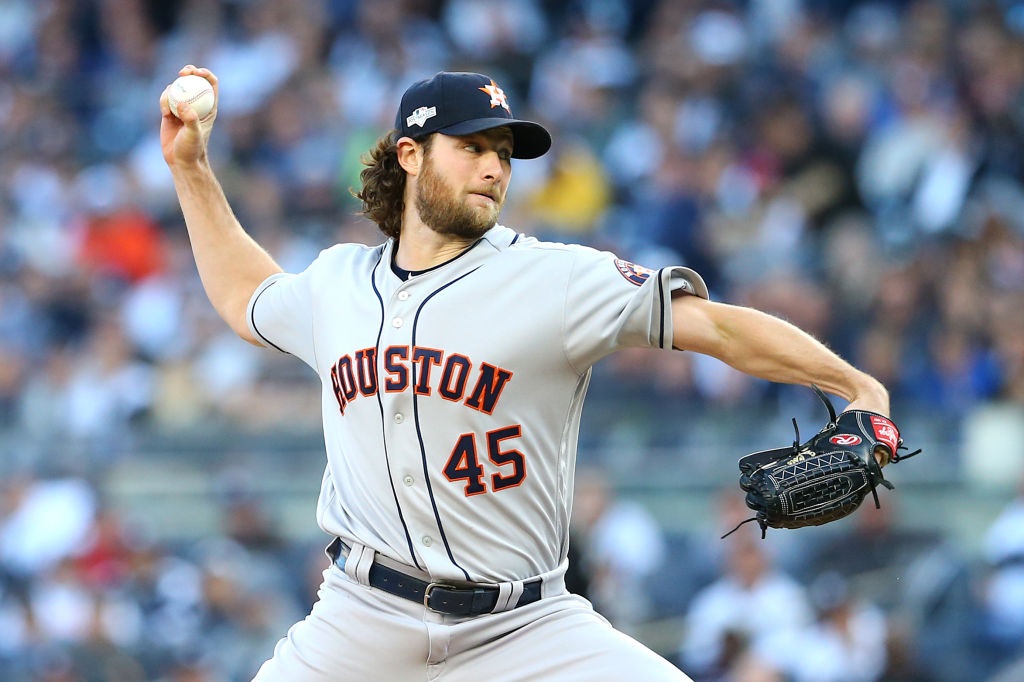 At face value, it’s somewhat surreal a Major League Baseball team would pay $1.09 million per start for a pitcher — on the presumption of maxing-out at 33 seasonal starts — given all the injury ailments that can limit or even derail modern-day arms, young and old-ish.

The above assumption barely covers 20 percent of a 162-game regular season, as well.

By proxy, it seems utterly preposterous any club would commit the same rate of $1.09 million per start to a pitcher who wasn’t already an in-house asset … for nine long years.

And yet, that’s where we are in the game today, in lieu of the record-setting deal between the New York Yankees and free-agent pitcher Gerrit Cole — a nine-year, $324 million pact that was signed early Wednesday morning (as part of MLB’s Winter Meetings extravaganza).

In that vein, Baseball Nation has become desensitized to the staggering numbers of Cole’s new contract.

What makes it so vexing then?

It really boils down to two components:

a) When viewed in a vacuum, the nine-year commitment makes little sense. Heck, the NBA doesn’t even permit free-agent contracts to go beyond five seasons … and these players are less likely to sustain career-altering injuries than starting pitchers — especially flamethrowers like Cole, who has averaged 301 strikeouts since 2018.

Of course, the Yankees weren’t bidding against themselves for Cole’s services. If that had been the case, a six- or seven-year pact likely would have worked for both parties.

Instead, New York’s front office reportedly had to ward off the challenges of big-market clubs like the Dodgers, Angels and Astros (Cole’s former team) … by going the extra mile with the ninth-year guarantee.

(NOTE: According to reports, Cole has an opt-out option on his deal after the 2024 season, but it seems highly unlikely, given he’ll be 34 years old at that stage.)

b) If Cole had signed with the Angels, Rangers, Padres, Astros, Mets or Dodgers, it would have caused a big stir at the Winter Meetings (among TV partners ESPN and MLB Network) for a few days.

But since it’s the Yankees, simultaneously the most beloved and loathed team in baseball circles, and owners of 27 previous world championships (but none since 2009), Cole’s monster contract could be a national talking point every week, crossing various avenues of mainstream sports media, up until the NFL Draft in late April.

And that’s good for baseball.

**The game needs a high-profile club to fear … and quite possibly hate (sports-wise … not the ugly termed haphazardly used in politics).

Bottom line: Baseball’s a better product, when a large mass of fans, from various markets, can come together to root against one common enemy.

2018 RED SOX: As a Tigers fan growing up in the 1980s, back when Detroit resided in the AL East, I derived great pleasure from ‘The Curse Of The Bambino,’ which essentially mocked the championship-free BoSox franchise for 80-plus years (coinciding with Boston trading Babe Ruth to the Yankees after the 1919 season).

However, those feelings of schaudenfreude turned to indifference a decade ago, after the Red Sox finally broke through with titles in 2004 and 2007; and once the club racked up championships in 2013 and 2018, it became rather passé to wish unfortunate things onto the franchise.

2017 ASTROS: The Houston front office endured three straight 100-loss campaigns from 2011-13, and subsequently used the heavy supply of high draft picks to build up an excellent core of playmaking assets.

Throw in the last-minute, pre-deadline trade for former Tigers ace Justin Verlander (2017 playoff hero; 2019 AL Cy Young) … and you had the makings of fun-loving, high-upside champions that seemingly won the admiration of baseball fans everywhere.

Of course, we’ll have to pump the brakes on that assessment, at least until Major League Baseball concludes its investigation of ‘cheating’ allegations surrounding the 2017 Astros.

Did the club really cheat during home outings? Check out this YouTube compilation of the 2017 Astros potentially stealing signs … and judge for yourself:

And within that success, along with donning the famed Yankees pinstripes, Cole quickly becomes the face of the New York franchise, ahead of Aaron Judge, Giancarlo Stanton, Gleyber Torres, Zach Britton, D.J. LeMahieu and Masahiro Tanaka, among others.

As individuals, the above players possess sublime talents and have generally positive public personas.

But now, grouped with Cole, these same (damn) Yankees are channeling their predecessors from the 1990s and 2000s, when owner George Steinbrenner would lavishly outspend every club — sometimes by a wide margin — to bring another title to New York.

And with this new-found roster bravado and spending hubris, thankfully, everyone outside of New York has enough ammunition to loathe the Yankees throughout the regular season — instead of just saving all that venom for the playoffs.