MLB: Two plausible proposals for remaking baseball’s master schedule in May or June 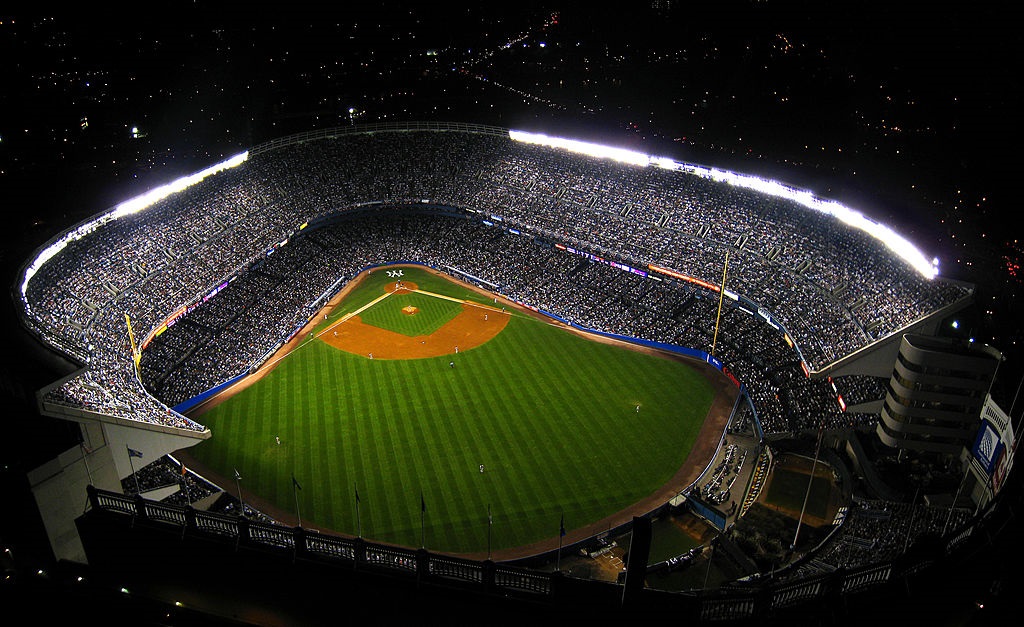 The Coronavirus situation has wreaked havoc with American sports in unprecedented ways, effectively shutting down competitions at the local, state, regional, intercollegiate and professional levels for the foreseeable future.

But this won’t be a woe-is-us column.

The effects of this pandemic will pass, hopefully with limited losses of life; and before you know it, America will soon return to its free-market obsessions with sports, travel, food, leisure and entertainment — all the things make our country so wonderfully diverse.

Major League Baseball has already canceled the remainder of Spring Training, along with the first two weeks of the regular season; but that’s merely a starting point of postponement dates.

Realistically speaking, given the various curfews and crowd-reduction measures in different states, it’ll likely be another 6-8 weeks of MLB inaction; and even when the clubs are free to begin formal workouts in preparation of the season, there’s no guarantee of having ticket-buying fans in the stands.

Plus, there will likely be a second Spring Training, thus allowing the starting pitchers to stretch out their arms before the official games kick in.

BATSBY Sports offers a logistical look at two plausible starting dates for baseball, factoring in the state of our country at this time. It goes without saying: This exercise shall remain a fluid issue for a number of weeks.

This time window might seem a little ambitious, but it would certainly be an ideal circumstance for Major League Baseball, with the new start-up date coming at an approximate cost of merely 40 lost games per club.

The 122-game regular season would be tangibly less than the 144-game slate for the lockout-influenced campaign of 1995, but it’s still a significant sample size, in terms of justifying of which teams make the playoffs.

Here’s another positive: With the master schedule’s current setup, 22 teams would hold their home openers during this seven-day window; and the other eight clubs (Blue Jays, Twins, Cardinals, Nationals, Red Sox, Brewers, Cardinals, Athletics) would conduct home openers on May 18 or 19.

In other words, under this hypothetical launching point, no MLB team would be mired in a 10-game road swing to start the abbreviated season, thus preserving the so-called fairness of this process.

For this starting hypothetical, Major League Baseball would likely be forced to make four substantive changes to the master schedule of 101 games:

**Decrease the number of intra-divisional games per club

**Decrease the number of intra-confernce contests (outside of the division)

**Limit the number of Interleague games to a maximum of 15

Why not drop the Interleague games altogether, with an abbreviated schedule of 101 games?

Well, given how both the American and National leagues have 15 clubs, it would be logistically impossible to curtail crossover games in this system, without blowing significant holes in the master schedule.

Here’s our proposed format with a June 1 start date:

The 1981 strike, which wiped out baseball for June and July, stood as MLB’s longest in-season work stoppage at the time.

That factoid led to a scheduling-panic situation among the owners, who inexplicably decided to split the 1981 campaign into two halves, with the first-half and second-half winners from each division qualifying for the playoffs.

On the positive side, this one-time-only move doubled the postseason field from four to eight teams, thus increasing the inventory of available games for TV networks (ABC/NBC).

On the down side:

a) The first-half winner would have little to no motivation to play well in the second half, since that club had already clinched a playoff spot.

b) The Reds (66-42) and Cardinals (59-43) posted the best overall records in the National League West and East, respectively, but since neither club won a first- or second-half title, both Cincinnati and St. Louis were shut out of the National League playoffs.

Think about that for a second. In a year where the postseason field doubled, the two best clubs from the National League were home watching it all on TV.

Adding to the misery, the Reds had the best cumulative record in baseball for 1981 … but it didn’t matter.

Fast forward to the present: With the Coronavirus affecting the beginning of this season, it’s highly likely MLB Commissioner Rob Manfred will never utter the words “Split Season” when baseball officially resumes in the spring or summer.

At least that’s worth celebrating.

PrevPreviousSEPARATION ANXIETY: Spoiled NFL fans might finally get an answer to the Tom Brady vs. Bill Belichick ‘legacy’ debate
NextNFL: Atlanta Falcons might have struck short-term gold with the addition of Todd GurleyNext