WILD CARD OVERVIEW: MLB playoffs get rolling with a pair of coastal clashes 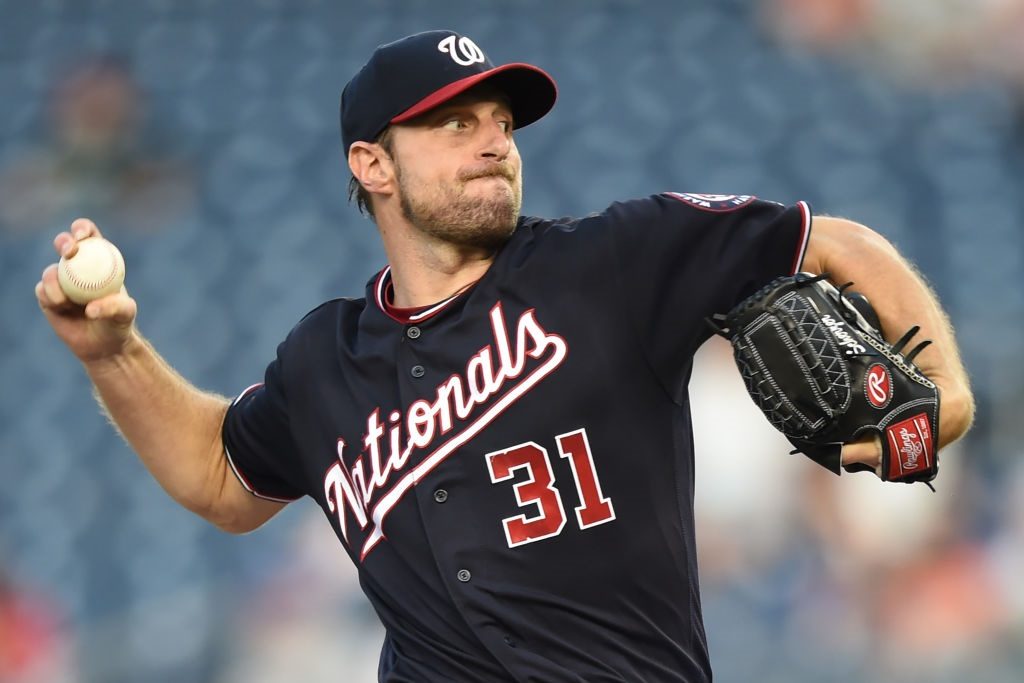 There wasn’t a ton of drama to the final day of the Major League Baseball regular season, thanks to the Cardinals’ 9-0 whitewashing of the Cubs on Sunday, thus clinching the NL Central title (91-71) and claiming the No. 3 seed in the National League playoffs.

(The above result would have been rendered moot anyway, factoring in the Milwaukee Brewers’ loss to the Rockies in Colorado.)

In other words, America won’t get any tiebreaker playoff clashes on Monday. Instead, all 10 postseason teams will spend the day resting up and refocusing on a postseason tournament which promises to be bananas (at least in our minds).

How else to characterize a playoff field which includes four 100-win clubs (Astros, Dodgers, Yankees, Twins), two American League wild card teams with 96-plus wins (a first in Junior League history) and a pressure-packed NL Wild Card Game (Brewers @ Nationals) that could become a breakthrough experience for Montreal-turned-Washington D.C. franchise.

And it all begins with one step, covering two nights:

In one respect, the Nationals deserve major props for rebounding from a shaky 50-game start (19-31 on May 23) and rallying for a 72-41 finish to close the final four-plus months of the season.

However, with that success, comes a familiar pressure point: Since relocating to the Washington D.C. area, the Nationals have never advanced in the National League playoffs; and the franchise, as a whole, hasn’t prevailed in a postseason series since the 1981 Montreal Expos.

With that information, perhaps the Nationals would be better off wearing the Expos throwback jerseys for Tuesday’s must-see event, as a means of channeling good playoff karma.

Of course, the Nationals already own the speculative upper hand with Tuesday’s matchup, given the home-field and starting-pitching advantages of riding Max Scherzer (11-7, 2.92 ERA, 243/33 K-BB ratio this season).

On paper, it seems like a mismatch in Scherzer’s favor … but then again, that’s why they play the games. Funny things habitually show up during the playoffs, especially winner-take-all affairs that are often cruel to slow starers.

IN CASE YOU CARE, PART I

The Brewers won the head-to-head series against the Nationals, taking four of the six games.

On May 6, Scherzer stymied the Milwaukee hitters, surrendering just one earned run (two total) and striking out 10 hitters in six innings of action.

And two days later, Woodruff reciprocated by being near-flawless with his six-inning stint, fanning nine Nats and allowing just one run and four hits.

THE ELEPHANT IN THE ROOM

**How can the Brewers possibly win a World Series without Yelich (broken kneecap) in the lineup?

For whatever reason, Milwaukee went on 14-5 tear since the night of Yelich’s unfortunate injury; and the offense generated seven-plus six times during this prolific stretch.

With all due respect, we’re thrilled that Wednesday’s wild-card event will be at RingCentral Stadium … although it will always be Oakland-Alameda Stadium to the baseball purists.

Whatever the name, the Oakland venue remains the perfect setting for a winner-take-all matchup, from a TV and on-site fans’ perspective; and if that should praise also double as an indirect knock on the charm-challenged (home of the Rays) … then so be it.

Morton has been a solid major leaguer for 12 seasons; but he attained cult-hero status during the 2017 playoffs, helping the Astros bridge the gap to Justin Verlander and capture the first world title in franchise history.

More recently, Morton has been a certifiable workhorse for the Rays, going 8-4 with a staggering K/BB rate of 120-23 since July 2; and during this prodigious period, the right-hander posted double-digit strikeouts six times and limited opposing batters to a super-low on-base percentage of .289.

In other words, pencil Morton in for seven innings on Wednesday, barring an offensive explosion from the A’s; and that’s certainly plausible, given how Oakland finished in the American League top 5 with runs, homers, RBI, on-base percentage, slugging rate and OPS.

IN CASE YOU CARE, PART II

The Rays lost the head-to-head series against the A’s, by a 4-3 count.

On the plus side, however, Tampa Bay enjoyed a plus-4 run differential versus Oakland.

PrevPreviousFANTASY FOOTBALL: Final positional rankings for NFL Week 4
NextAP POLL BREAKDOWN: Did Clemson deserve this week’s demotion to No. 2 in the nation?Next