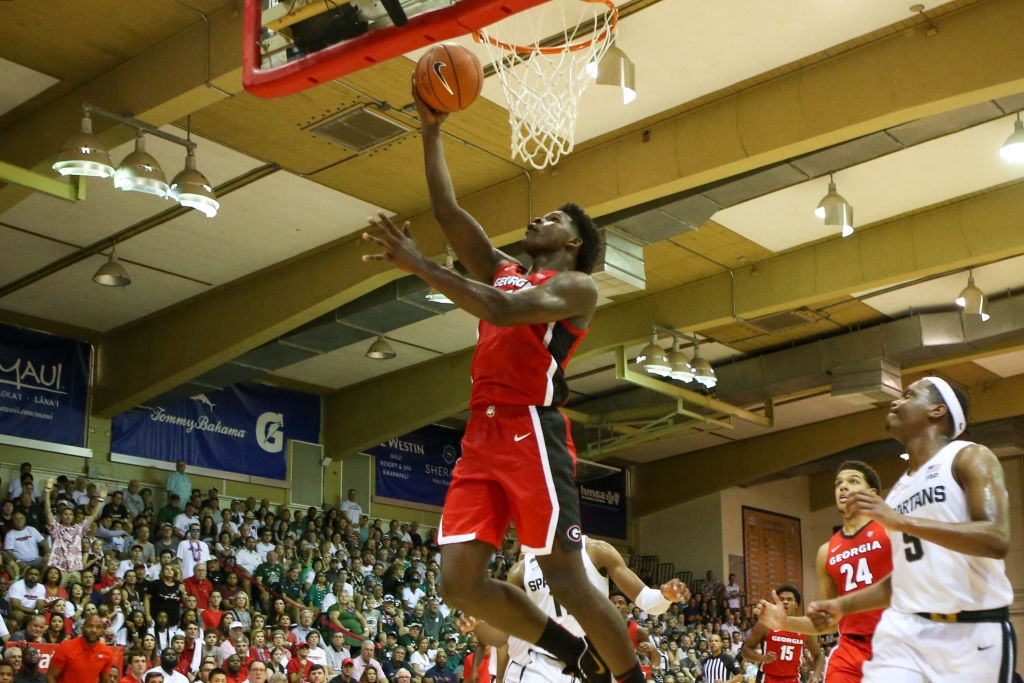 The dreaded Coronavirus might have succeeded in wiping out the NCAA tournament back in March/April … but the worldwide virus could only put a short-term dent into another hoops-related rite of spring — the NBA Draft Lottery.

Instead of a late May showcase date (per usual), the lottery will take place tonight, virtually.

Are you excited? What’s at stake? Does the pregame hype often live up to the actual drawing?

BATSBY Sports offers a quick primer on the 35-year history of the lottery drawing, along with odds and ends for the teams competing in the current battle for the No. 1 pick — whoever that may be (no consensus prospect, unlike previous years).

WHY WE HAVE A LOTTERY

That late swoon positioned the Rockets for a coin-flip matchup with the Portland Trail Blazers, as a means of determining which club would get with the No. 1 pick.

The fallout of the Rockets debacle prompted the NBA to adopt a lottery system for all non-playoff clubs, seemingly discouraging the forlorn teams from tanking down the stretch (although the Philadelphia 76ers of 2014-17 would strongly disagree).

In the short term, this move also appeased the many team executives who loathed the Rockets for landing back-to-back top picks (1983/84) and subsequently drafting the Twin Towers tandem of Ralph Sampson and Olajuwon.

Check out the YouTube video (above) of former NBA commissioner David Stern pulling the seven envelopes from the inaugural lottery machine (1985); and then ponder the following questions floated out by the league’s original band of draft doubters.

This day even has a time-tested nickname: The Cold Envelope Conspiracy.

a) Why did Stern (who unfortunately passed away seven months ago) initially grab two envelopes when rooting through the pile?

b) Why would Stern even put himself in that untenable position of personally drawing the envelopes on national TV?

c) Was the whole process rigged?

d) Did the marketing-conscious NBA stand to benefit more from center Patrick Ewing — the no-brainer top choice in 1985 — playing in New York City or Indianapolis?

(Don’t strain yourself too hard thinking about that one.)

In hindsight, the Wayman Tisdale or Benoit Benjamin eras would not have lasted long in The Big Apple — compared to the Hall of Famer Ewing.

THE CASE FOR A WEIGHTED LOTTERY

The Orlando Magic claimed the No. 1 pick in 1992 and drafted Shaquille O’Neal ahead of Alonzo Mourning.

The following spring, after the Magic improved to 41 wins, the club had the slimmest of lottery odds — 1.52 percent — but still landed the top selection, prompting justifiable outrage from NBA Nation.

A month later, Orlando converted the No. 1 pick (Chris Webber) into a draft-day trade package which brought Anfernee Hardaway (No. 3 overall pick) to central Florida, giving the young Magic a devastating inside-outside combo of O’Neal and Hardaway.

The Shaq-Penny union was destined to capture multiple titles, but that’s not how things worked out:

The Magic were swept by the Rockets in the 1995 NBA Finals (Game 1 was a certified disaster); and the following summer, O’Neal signed with the Lakers as a free agent — something that likely wouldn’t have happened under today’s Collective Bargaining Agreement structure.

BEST ODDS OF WINNING THE NO. 1 PICK?

The Warriors, Cavaliers and Timberwolves are all on equal footing, in terms of mathematical odds of claiming the top spot (14 percent).

IT DOESN’T PAY TO BE GAWD-AWFUL

In fact, since 2005, a lottery team with a pre-drawing position of 6 or higher has won the No. 1 pick a staggering six times (including the Pelicans securing the rights to Zion Williamson last year … despite holding the seventh-best odds).

During this 15-year stretch, the average lottery victor owned a pre-drawing slot of 5.5.

(Not exactly a ringing endorsement for tanking like the 1983 Rockets.)

Now for the more uplifting news: From 2015-18, the NBA team with the worst record (Timberwolves, 76ers, Nets, Suns) won the rights to the No. 1 overall pick.

However, this comes with a noteworthy caveat, since Brooklyn had long ago traded that 2017 selection to Boston … for a pair of older Celtics (Kevin Garnett, Paul Pierce) and an apparent bag of magic beans.

For the 2003 draft, the floundering Cavaliers (17-65) corralled the No. 1 pick and wisely took LeBron James.

If that lottery drawing had been transposed, with the Cavs getting the No. 2 choice, the Grizzlies — and not the Pistons — would have landed the rights to LeBron, since the pick was protected.

If the Grizzlies had earned the No. 1 spot, the Otis Thorpe trade wouldn’t have closed until the following season. In essence, Pistons fans were cheering for anything from Slots 2-6 … with the hope of landing Darko Milicic, Carmelo Anthony, Chris Bosh or Dwyane Wade.

(OK, so that decision didn’t work out so well for Detroit.)

Back to the Grizzlies: It’s fun to wonder how the LeBron era would have turned out for Memphis, for at least a seven-year window after being drafted?

Along those lines, would James have bolted for Cleveland or Miami as a free agent in 2010?