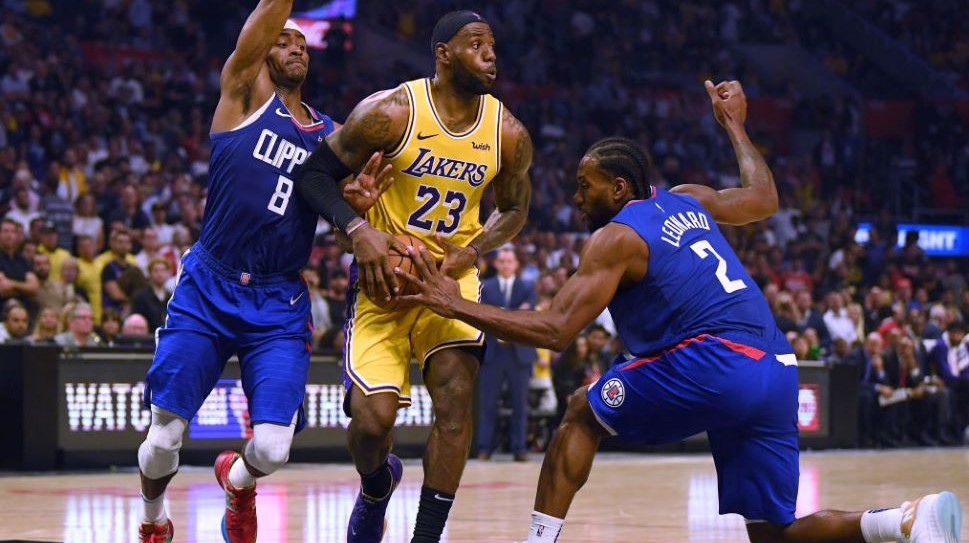 There’s an old joke about how the NBA season doesn’t truly start until Christmas Day, that wonderfully convenient holiday when the vast majority of sports fans are home watching TV … with little or no gameday competition from the NFL or college football (especially mid-week).

That rings especially true this year, with the NBA lucking out with eight of the 10 teams scheduled for Christmas action, relative to their strong records at/near the 30-game mark (as of Dec. 19):

The Pelicans (7-22 overall) and Warriors (5-24 overall) haven’t been so fortunate, combining for only 12 total victories (six on the road) and toiling at the bottom of the Western Conference standings.

However, it’s also easy to rationalize each club’s struggles, given the injury absences of Klay Thompson (torn ACL), Stephen Curry (broken hand) and Zion Williamson — the high-profile rookie who was originally targeting a Christmastime return back in October, after incurring a preseason knee injury.

Of course, very few are expecting Golden State or New Orleans to be miserable this time next season.

The Pelicans should have Williamson anchoring a young, dynamic core that includes Brandon Ingram, Lonzo Ball, Jaxson Hayes, Josh Hart and Nickell Alexander-Walker, along with a few key veterans and a bounty of high future draft picks.

The reconstituted Warriors could have a powerhouse starting five of Curry, Thompson, D’Angelo Russell, Draymond Green and potentially the No. 1 pick in next year’s draft (Memphis center James Wiseman or Kevin Durant clone Anthony Edwards).

So, please don’t cry for a money-making franchise that boasts three world championships and five NBA Finals appearances in a five-year span.

Put it all together, and Pelicans and Warriors fans might enjoy this one year of soft purgatory … assuming it leads to greater acquisitions in the long run.

BATSBY Sports ranks the five-game slate for Christmas Day, from a watchability standpoint:

However, this won’t be the season’s first Battle of L.A. On Opening Night, the Clippers withstood an early Lakers flurry … before rallying for a 112-102 victory that wasn’t as close the final score indicated.

**Clippers guard Lou Williams ruled the court at Staples Center, accounting for 21 points, seven assists and five rebounds in the opener (36-plus minutes), while shooting 8 of 14 from the field.

In any other year, the 20-9 Sixers would be strong candidates for the No. 1 playoff seed in the East; but the 25-4 Bucks — led by reigning MVP Giannis Antetokounmpo — are on pace for 71 wins … which would be just two short of the NBA record (the 2016 Warriors went 73-9 during the regular season).

The Philly home crowd should be sky-high for this one, with center Joel Embiid bringing his A-game to this momentous clash.

Who knows, Ben Simmons might even connect on multiple three-pointers, matching his total for the season.

The Raptors have been a wonderful surprise this season, overcoming the loss of Kawhi Leonard to rank among the East’s elite clubs.

However, the injury bug could push the ‘Watchability’ aspect of this matchup down a bit, in lieu of Pascal Siakam (groin), Marc Gasol (hamstring) and Norman Powell (shoulder) all in danger of donning Christmas-themed street clothes on Wednesday.

You can never go wrong with a Rockets team that’s a decent bet for 120 points every night; and it makes for appointment TV viewing, when knowing Harden (seasonal averages: 38.5 points, 7.5 assists, 5.8 rebounds) and Westbrook (23.5 points, 8.2 rebounds, 7.1 assists) will lead roughly 95 percent of the Rockets’ possessions.

As for the Warriors, things might be down now; but at least this high-scoring game will take place at Chase Center — the club’s amazing, high-tech home in the heart of San Francisco.

The Nuggets have one of the NBA’s most balanced offenses, with six players averaging double-digit points (when rounding up). Denver also holds top-10 rankings with offensive rebounds, total rebounds and assists.

In other words, this could be an ugly experience for the erratic Pelicans, who recently ended a 13-game losing streak — easily the league’s longest skid of the season.