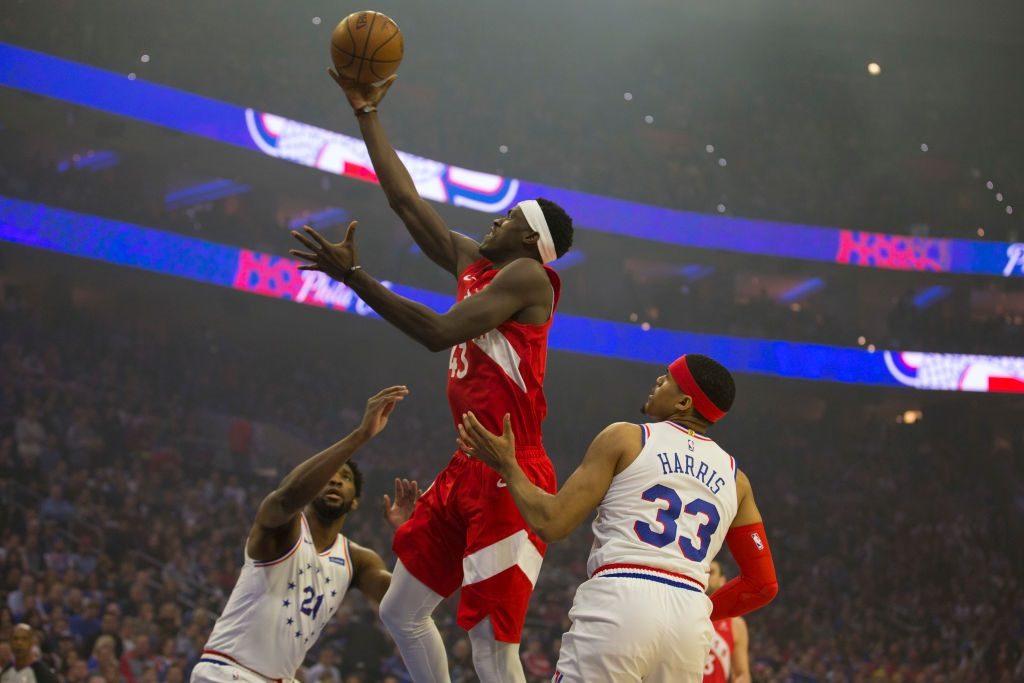 The Lakers, Clippers, Bucks, Rockets and 76ers will combine for 135 national TV appearances this season, with each club ranging from 24 to 30 games in the prime spotlight.

Plus, given the recent understanding among the NBA front office, the coaches and NBA Players Association, where the box-office stars won’t miss national TV games (barring substantial injury), it’s safe to assume the so-called Load Management games will be reserved for the lesser-light matchups on local TV.

In other words, it’s great that LeBron, Giannis and Co. will appear on League Pass roughly 35-50 times this year (per player) … but does that justify the expense of the purchase?

Even with the blackouts for nationally televised outings, the price points for the 30-team and 1-team packages are eminently doable.

The rationale here: NBA League Pass wasn’t created for big-market franchises in Los Angeles, New York (when things are rolling), Boston, Philadelphia and Houston. This wonderful system of every-night access, via 4K TVs, laptops or smartphones, was designed for teams that are either good, but occupying smaller markets … or stuck in a massive rebuild.

And that’s still a great thing, for the consumer.

BATSBY Sports shines the Web spotlight on seven must-watch teams that won’t be regular performers on national TV this season.

For the sake of consistency, we’ve chosen a cutoff threshold of 19 or fewer national appearances:

a) There’s likely no precedence for this in the era of NBA League Pass. The defending NBA champs have to publicly stump for only 11 appearances on national TV.

It’s the direct, two-tiered result of playing in Canada … and losing Kawhi Leonard to the Clippers, via free agency.

However, this certainly works to the benefit of the League Pass customer who would love to see the Raptors’ local broadcasts for 87 percent of the regular season.

b) The Raptors could have easily have torn down the franchise over the summer, coinciding with Leonard’s departure, and garnered a free pass from the Toronto faithful.

It’s the spoils of championship fulfillment.

Instead, the club has decided to ride its remaining talent early on, with the potential of using existing cap space (or other trade capital) for another sterling run.

After all, it’s quite reasonable that Toronto can still host a playoff series (or two) next April, with its current cast.

c) Lowry may be the face of the franchise, but Siakam (2019 averages: 16.9 points, 6.9 rebounds) has the upside to be the cornerstone talent for the next five years … thanks to a max-level contract extension over the weekend.

Siakam’s penchant for gliding past opponents and getting to the rim improved significantly last year.

a) Three years ago, Michael Porter Jr. was being hailed as a sleeker version of Kevin Durant, in terms of shooting/scoring prowess and towering over helpless opponents. However, injuries and long rehab stints have momentarily halted these comparisons.

Fast forward to the present: The decks have seemingly been cleared for Porter to ingratiate himself into the Nuggets lineup, with the potential of giving Denver a Big Three package of star power (along with Murray and Jokic) for the next 7-8 years.

b) Can you believe it?

The Nuggets and Raptors posted the second-best records in their respective conferences last season; and yet, the TV networks are seemingly taking it slow with Denver and Toronto, moving forward.

However, Denver also rated 2nd overall in team assists, which speaks to the club’s commitment to sharing the ball and having great spacing.

Put it all together, and this high efficiency makes for excellent TV.

a) Of the teams listed in this countdown … in our opinion, the Jazz have the greatest odds of capturing a championship this season. That alone should appeal to League Pass subscribers.

b) At least the Raptors (vs. Celtics) and Nuggets (vs. Pelicans) scored plum spots in the NBA’s famed Christmas Day lineup. The Jazz were shut out of this process, despite boasting one of the league’s most attractive Big Three groupings (Conley, Mitchell, Gobert).

c) On the plus side, during the heavy-viewing month of December, 10 of the Jazz’s 14 games will be featured on local TV and League Pass.

a) Let’s start with a pressure-packed bold prediction: Back in July, amid the frenzy of the Pelicans trading Anthony Davis to Los Angeles, I stated on Twitter the Lakers would struggle to have a better regular-season record than the Kings.

My rationale at the time: The Lakers had gutted their franchise to acquire Davis, and didn’t have much remaining capital (outside of scant salary space) to fortify the starting five and bench around the James-Davis tandem.

So, in that respect, it’s probably best to keep seasonlong tabs on the Kings, who made solid strides last year and certainly possess a playoff-worthy starting five, barring injury.

The real questions involve the lack of sustained depth, and the adjustment time needed for Luke Walton’s system implementation as head coach.

Plus, he might be the NBA’s fastest player from baseline-to-baseline. Who wouldn’t want that for 80 games on League Pass?

(In case you’re wondering, the Kings’ lone national game comes on Wednesday, March 11. The saving grace here: College basketball’s conference tournaments won’t be in full swing until the following night … so Sacramento has a good shot at drawing a decent audience — assuming the club’s on the path to playoff contention.)

c) The triumvirate of Fox, Bagley and Hield all have All-Star potential heading into the season. However, for this to occur, the Kings have to tailor a style of play that’s conducive to winning and being fascinating to watch.

We’ve already sent out a Twitter boast of the former … and hopefully, Sacramento can replicate (or exceed) its No. 9 ranking in team scoring from last season.

a) The Hawks ranked 12th in scoring last (113.3 points per game) with one of the league’s youngest rosters.

b) Point guard Trae Young averaged 19.1 points, 8.1 points and 0.9 steals in his age-20 season, rock-solid numbers for a lightning-quick performer who will surely get stronger in the coming seasons.

For good measure, Young also shot 42 from 3-point range … while crossing the elite-level threshold of 30-plus points eight times.

c) From a perimeter standpoint, the Hawks’ Big Three of Young, John Collins and Kevin Huerter might have few peers in the Eastern Conference. Or the league itself, considering Atlanta ranked fourth overall in 3-pointers made and 10th in assists.

d) By most accounts, the Hawks cleaned up on draft night, landing the top-10 tandem of De’Andre Hunter and Cam Reddish.

Assuming they become bankable assets, sooner than later, Atlanta might have the league’s deepest collection of 23-or-under talents.

a) Give the Pistons credit for undergoing a substantial renovation during the offseason, fortifying their bench with Frazier, Snell, the rookie Doumbouya (perhaps the French version of the Greek Freak in four years?) and Rose, the former NBA MVP (2011) who posted strong numbers with the Timberwolves last year (averaging 18 points, 4.3 assists, 0.6 steals), while shooting 48 percent from the field.

b) With Drummond and Jackson slated for unrestricted free agency next summer, the Pistons are essentially in boom-or-bust mode this season; and this is a good thing … for a Detroit fan base that’s been heroically tolerant of the club’s 12-year rebuild.

c) The Pistons have the versatility to go incredibly small for an 8-minute period (no player taller than 6-foot-7 pushing the pace and shooting threes) … and then forge a combination lineup for four guys 6-8 or larger (Griffin, Drummond, Maker, Doumbouya, Christian Wood, Svi Mykhaiiuk).

a) It’s hard to envision the Nets possessing home-court advantage for Round 1 of the 2020 playoffs, factoring in the club’s intent to sideline Kevin Durant (torn Achilles) for the entire season.

But we’ll certainly have a good sense of whether Brooklyn can compete for a world championship in 2021, presuming good health for Durant, Irving, Allen and Levert.

b) The Knicks didn’t make this countdown, per se; but it’ll still be fun to watch Brooklyn and New York compete for media attention in The Big Apple.

Yes, we know that New York remains a Knicks town … when the Knicks are good.

However, Kevin Durant and Kyrie Irving in their prime could be quite the game-changer.