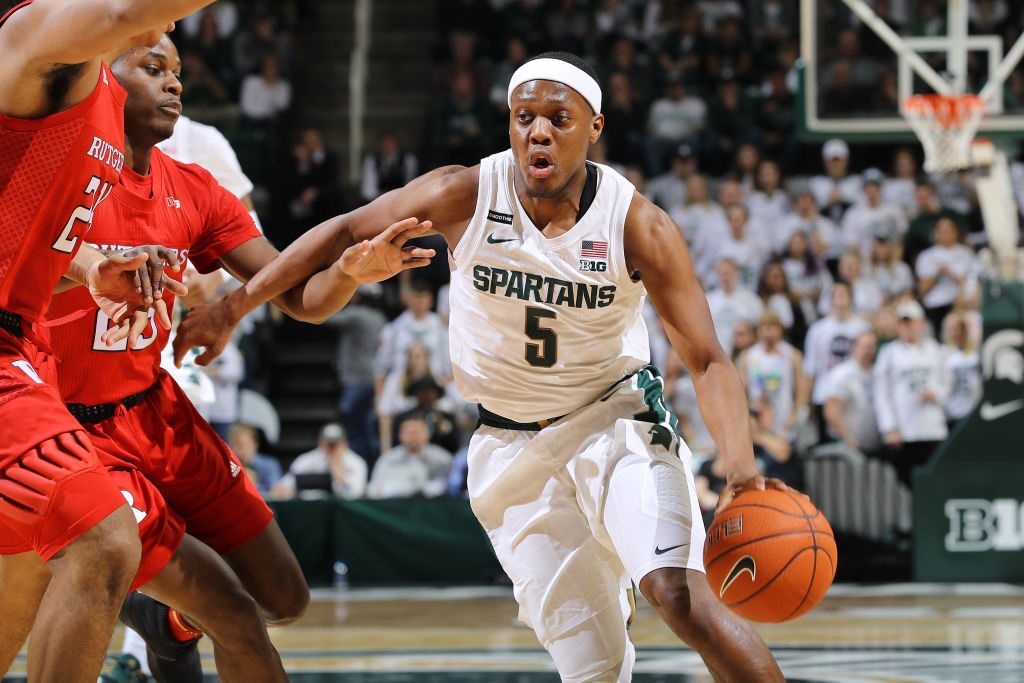 BATSBY Sports offers its second deep dive into predicting the top 20 seeds for the NCAA basketball tournament (five per region), with intra-conference action in full swing this week.

a) Duke (No. 2 in Associated Press poll) projects to be an easy-breezy option for the Selection Committee, in terms of commandeering a top regional seed … and serving as opening-weekend host in nearby Greensboro.

b) Oregon (No. 4 in the AP poll … fell to Colorado in Thursday’s Pac-12 opener) had proffered a great resume during the first two months, enjoying top-25 victories over Memphis, Seton Hall and enduring close defeats to North Carolina (with Cole Anthony in the lineup) and Gonzaga.

The NCAA tourney committee might shy away from a potential Gonzaga-Oregon rematch in the West final, even though it would be on a neutral court (Staples Center).

Hence, the Ducks opening tourney play along the West Coast (Sacramento or Spokane) … before flying cross country to New York City for the East regional (assuming they advance).

c) At first blush, a five-loss Purdue squad seems like an odd choice for a No. 3 seed, especially with all the superb competition from unblemished San Diego State and the SEC powers.

However, the Boilermakers have two positive factors working in their favor:

a) Three weeks ago, Ohio State (rated sixth with Strength of Schedule) seemingly had the requisite star power, perimeter depth, coaching acumen and defensive/rebounding proficiency to be a viable top seed.

However, three respectable, yet still-baffling defeats to Minnesota, West Virginia and Wisconsin (Friday night) have fueled the Buckeyes’ sudden drop to the 3-line.

As part of that, Ohio State should no longer garner automatic consideration for the Cleveland site on opening weekend.

b) Auburn’s the only top-15 KenPom team with an unblemished record; but then again, we would expect nothing less from an eminently doable schedule which includes Colgate, Richmond, Furman, Lehigh, New Mexico … and North Carolina State.

c) Louisville gets a battlefield promotion to the 1-line in the Midwest, despite still hurting from last week’s loss to Kentucky.

Given the tenuousness of this region, Michigan State, Butler, Oregon or even Auburn could easily own the top spot for Version 3.0.

d) Go ahead and shortchange San Diego State’s seasonal resume, at your own peril.

The undefeated Aztecs possess top-20 rankings with the KenPom and BPI charts, the result of posting double-digit victories over Iowa, Creighton and Utah.

e) We initially went with Memphis (12-1 overall) within this region. However, the Tigers no longer have access to freshman James Wiseman — a potential No. 1 pick who left school to focus on the NBA draft — and have already lost ground with the KemPom and BPI rankings.

a) This might be the most evenly matched quintet of the bunch, with Kansas, Kentucky and Michigan all previously ranking in the top 3 (or higher) with the Associated Press poll … and Butler and Maryland being solid dark horses for the Final Four.

b) An elite-level Kansas team should have no problems securing placement into the Omaha sub-regional.

c) This might be Butler’s best team of the last 10 years, which is saying a lot.

The Bulldogs recently went 6-1 from a daunting stretch that included Missouri, Stanford, Ole Miss, Florida, Purdue and Baylor (the lone defeat). Hence, the top-10 rankings with the KenPom and BPI charts.

The only problem here: The Selection Committee might resist the urge of putting Butler in the Indianapolis regional, if the Bulldogs don’t possess the top seed.

d) It’s been a crazy campaign for Kentucky, which knocked off a No. 1 in early November (Michigan State), got booted from its own top ranking a week later (courtesy of Evansville) and then recently a produced a robust upset of Louisville, which also had the AP No. 1 ranking back in late November.

But alas, we’re supremely confident about the Wildcats’ chances for success during SEC play. Over time, the proverbial cream rises to the top.

At the same time, don’t be shocked if the Zags breeze through the WCC regular season with nary a setback.

b) At this point, Michigan State has more high-level defeats (Duke, Kentucky) than signature victories (at Seton Hall).

On the plus side, though, the Spartans are the only undefeated club in Big Ten play (3-0); and their Thursday rout of improving Illinois was an old-school, one-sided win, with MSU forcing the Illini into wretched tallies with overall shooting (29.3 percent) and three-point shooting (10.7 percent).

As such, MSU has likely earned its way back to the 2-line, after starting off as a 3-seed.

c) Could this be the year Baylor sheds its tourney underachiever label and reaches the Final Four?

So far, so good for the No. 6 Bears (AP poll), who already claim signature wins over Arizona, Butler, Washington and Villanova.