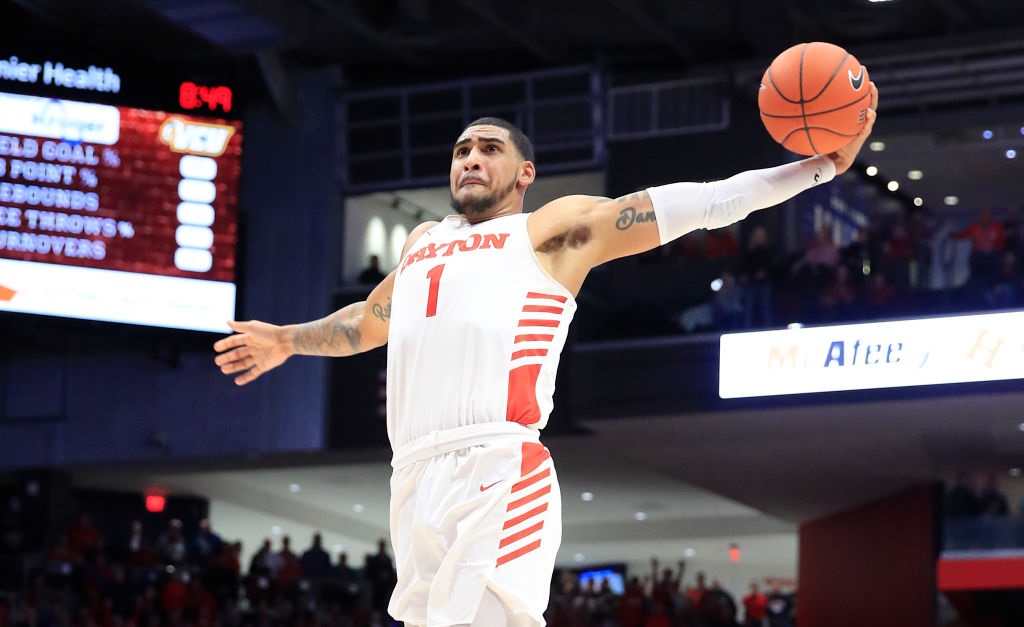 a) In previous weeks, Duke had been an easy choice for the top spot in the East, given its lofty standing with every major metric.

However, last week’s two-game slide (@ Clemson, vs. Louisville) dropped the Blue Devils down to the third choice among the No. 1 seeds.

Why no total drop from the 1-line?

As such, the Blue Devils remain a healthy lock to serve as an opening-weekend host in nearby Greensboro.

b) This time last week, it was difficult to punish Kansas for its decisive home loss to Baylor … since the Bears had subsequently ascended to the No. 1 spot with the NCAA’s NET rankings.

But this week, the Jayhawks lost some sympathy points from their beyond-stupid brawl with Kansas State, resulting in the indefinite suspension of Silvio de Sousa.

So with that, forget about Kansas currently owning top-3 rankings with Strength of Schedule, ESPN’s BPI, the NCAA’s NET and KenPom. Things could get hairy over the next few weeks.

We’re simply relying on the various metrics sites (ESPN’s BPI, KenPom, NCAA’s NET ranking) … all of which have the Bulldogs in the top 15.

Here’s the main problem, though: There’s no way the Selection Committee would put Butler as a 2 or 3 in the Midwest, given the Indianapolis location.

It needs to be an overwhelming choice for the top spot … otherwise, it’s off to the East, South or West regionals.

d) Auburn incurs a precipitous drop to the 5-line after last week’s blowout losses to Alabama and Florida.

Why so harsh, considering both road defeats came against respectable SEC foes?

a) As stated last week in this forum, we could only keep San Diego State off the 1-line for so long, given the Aztecs’ thorough dissection of their schedule to date.

So, instead of potentially facing Gonzaga in a monster West final, we now have San Diego State leading the way in Indianapolis.

b) Dayton ranks no lower than fifth overall with KenPom, ESPN’s BPI and the NCAA’s NET listing.

Plus, the Strength of Schedule trends should remain solid for February and March, since the Atlantic 10 has six viable options for NCAA Tournament (Dayton, St. Bonaventure, Duquesne, Rhode Island, Richmond, Saint Louis).

The Spartans still own first place in the Big Ten (the nation’s toughest conference); and right now, MSU stands no worse than 10th with KenPom, ESPN’s BPI, the NCAA’s NET and Strength of Schedule rankings.

d) Seton Hall stands as the Big East’s lone unbeaten, 3 1/2 games ahead of Butler in the league standings. And yet, we have the Bulldogs installed as a 3-seed … and the Pirates on the following line.

Is that fair? Uh, probably not. But right now, when factoring in the most renowned metrics sites (listed above), Seton Hall has only cracked the top 10 with Strength of Schedule quotient.

****The Cardinal have two elite-level defeats (Kansas and Butler).

****Through 18 outings, Stanford (No. 16 in the NCAA’s NET rankings) has demonstrated an interesting knack for winning games played in the 60s, 70s or 80s, which speaks to its matchup versatility come Tourney Time.

At this point, the Bears boast road wins over Kansas and Texas Tech, along with strong victories over Arizona, Butler, Texas, Iowa State and Villanova.

The only non-believer to date? ESPN’s BPI rankings actually have Baylor at No. 7, trailing Michigan State, Arizona and Dayton, among others.

b) Louisville makes for a rock-solid 2-seed, based on three factors:

****Louisville currently stands atop the ACC standings, a byproduct of handling Duke on the road last week.

c) On the surface, Oregon (No. 12 in the AP poll … seasonal victories over Arizona, Seton Hall, Memphis, Houston, Michigan) deserves a better fate than a 4-seed in the West.

At the same time, don’t be shocked if the Zags breeze through the WCC campaign with nary a setback. Some of these early returns in conference play have been seismic blowouts.

b) With rock-solid wins over Florida, Purdue, Tennessee, Clemson, Georgia Tech, Louisville and Virginia, Florida State makes good sense for a 3-seed … even if the Seminoles rank no higher than 13th with the Big Four metrics sites.

****Villanova hasn’t been flashy to date, but the Wildcats have earned respect, metrics-wise. They currently rate in the top 20 for KenPom, Strength of Schedule quotient and the NCAA’s NET rankings.

****It’s easy to daydream about a Gonzaga-Villanova clash in Los Angeles. Potentially the best matchup of the Sweet 16 round.

PrevPreviousGOOD BEATS: Money-line picks for the College Hoops weekend (Jan. 24-27)
NextKOBE BRYANT TRAGEDY: Our pitch for the NBA building the All-Star Game around its fallen legendNext