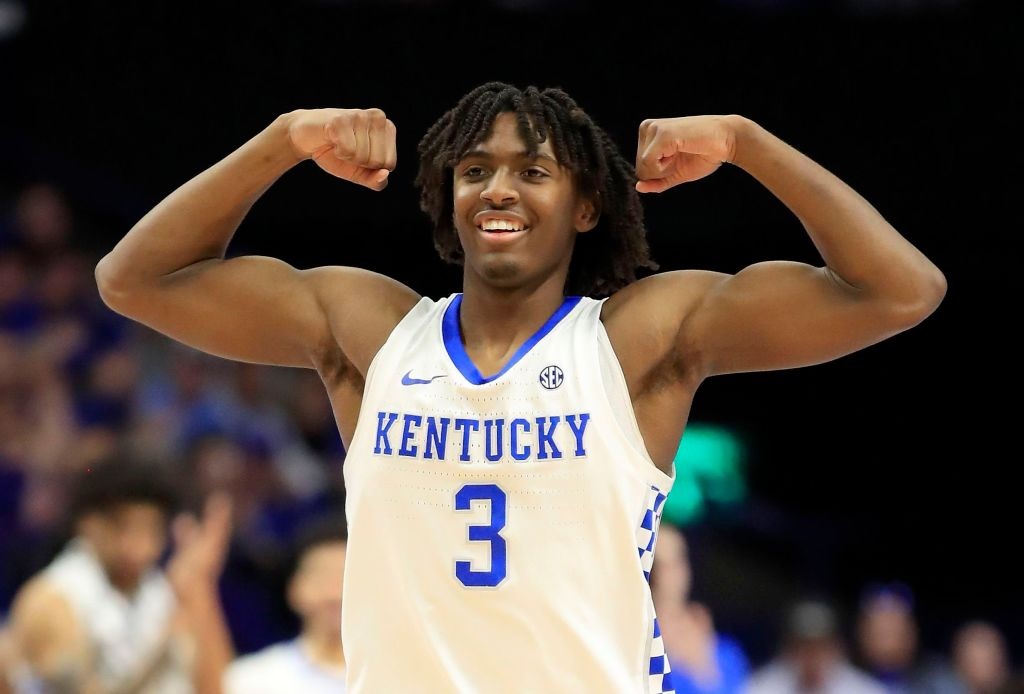 BATSBY Sports offers its eighth deep dive into predicting the top 20 seeds for the NCAA basketball tournament (five per region), with conference action now heading for the home stretch.

a) Next month, the NCAA Selection Committee cannot penalize Gonzaga and San Diego State (one combined defeat) … by placing both championship contenders in the same bracket.

Simply because both schools are located on the West Coast.

It wouldn’t be a prudent strategic move, especially in this Year of Basketball Parity.

Exhibit A: San Diego State and Gonzaga rate 1st and 3rd in the NCAA’s NET rankings. With this type of transparency, it would be impossible to justify both schools meeting in the Elite Eight round.

b) Duke currently rates No. 1 with ESPN’s Basketball Power Index, No. 5 in KenPom and No. 6 with the NCAA’s NET rankings.

As such, it would be a tough sell to drop the Blue Devils off the 2-line, even with Wednesday’s blowout loss to NC State.

c) For weeks, we’ve been touting the top-heavy Big East for its night-in, night-out excellence.

In that vein, it only makes sense to include conference leader Seton Hall (11-3, one game over Creighton) as a 3-seed.

(Can you imagine that Duke-Seton Hall clash at Madison Square Garden for the Sweet 16 round? Wow!)

On the flip side, the Pirates don’t rank higher than 14th in any of the Big Four metrics (KenPom, NCAA NET, ESPN’s BPI, Strength of Schedule) … suggesting they might be one bad defeat from the 4-line.

a)  Let’s start with a minor humble-brag:

The top eight teams from the In-Season Selection Show on CBS (Feb. 8) along with the regional destinations for each school, were an exact match to BATSBY’s seed-projections from two weeks ago.

So, we’ve got that going for us … which is nice.

b) Does Kansas (losses to Duke, Baylor, Villanova) meet the proverbial Eye Test of a popular championship pick, especially with the lingering fallout of the Kansas State brawl?

The Jayhawks, who travel to Baylor on Saturday, are the nation’s only team to currently boast top-4 tallies with KenPom, the NCAA’s NET rankings, ESPN’s BPI and Strength of Schedule quotient.

Bottom line: Kansas should be the top seed for the Indianapolis regional. Regardless of what happens in Waco.

Plus, the Strength of Schedule trends should remain solid for February and March, since the Atlantic 10 has five viable options for the NCAA tournament (Dayton, St. Bonaventure, Duquesne, Rhode Island, Richmond).

d) With rock-solid wins over Florida, Purdue, Tennessee, Clemson, North Carolina, Georgia Tech, Louisville and Virginia, Florida State makes good sense for a 3-seed … even if the Seminoles rank no higher than 15th with the Big Four analytics sites.

Fortunately for (irrational) people like me, though, the national metrics experts remain firmly in the Spartans’ corner, given their brutal schedule and penchant for knocking off solid teams on the road (Seton Hall, Illinois, Minnesota).

For example, despite the 18-9 overall record, Michigan State stands no worse than 13th with KenPom, ESPN’s BPI, the NCAA’s NET and Strength of Schedule rankings.

Hence, the solid 5-seed in the highly competitive Midwest.

At this point, the Bears (23-game winning streak) boast road wins over Kansas, Florida and Texas Tech, along with strong victories over Arizona, Butler, Texas, Iowa State and Villanova.

Plus, they’re perfect geographic fits for the Houston-based regional, in terms of putting fannies in the seats.

b) Maryland absolutely warrants a spot on the 2-line, the result of posting nine straight victories and rocketing to the top of the Big Ten standings.

The only downside here: The Terrapins (ranked in the top 11 with KenPom, ESPN’s BPI, Strength of Schedule, the NCAA’s NET listing) could potentially be prime fodder for Baylor in the regional final, with the Bears possessing a massive home-area advantage (Houston’s Reliant Stadium).

c) Our love and appreciation for Creighton (No. 11 in the NCAA’s NET rankings) didn’t happen overnight, explaining why the Bluejays have reached the 3-line just once this season.

But better late than never here. Creighton has won eight of its last nine Big East outings, highlighted by road victories over Villanova, Seton Hall and Marquette … and its offensive-efficiency marks have few peers throughout the nation.

d) Kentucky (13-2 in its last 15 games) keeps making subtle improvements in the BATSBY Sports projections, which is fine.

What’s more, for a large chunk of time this season, Kentucky hasn’t cracked the top 20 for KenPom, the NCAA’s NET listing or ESPN’s BPI. Ouch.

At the same time, don’t be shocked if the Zags breeze through the WCC campaign with nary a setback. Some of these mid-year returns in conference play have been seismic blowouts.

With this metrics momentum, it sets up a potential Sweet 16 encounter with Louisville … and a possible rematch with Gonzaga in the West final.

c) The biggest injustice of this exercise? It’s West Virginia being stuck with a 4-seed, despite the top-11 rankings with KenPom, ESPN’s BPI, the NCAA’s NET listing and Strength of Schedule quotient.

Our rationale: The recent three-game slide to Oklahoma, Kansas and Baylor can easily be forgiven come Tourney Time; but when charting West Virginia’s last five losses (including Kansas State and Texas Tech), the average margin of defeat was 11 points.

d) The decision for the final 5-seed came down a three-way battle among Ohio State, Texas Tech and Auburn.

And despite the nine seasonal losses, the Buckeyes still had the trio’s highest listing for KenPom (12th), ESPN’s BPI (12th) and Strength of Schedule (No. 5).