NCAA TOURNAMENT: 5 quick thoughts on the in-season release of the top-4 seeds 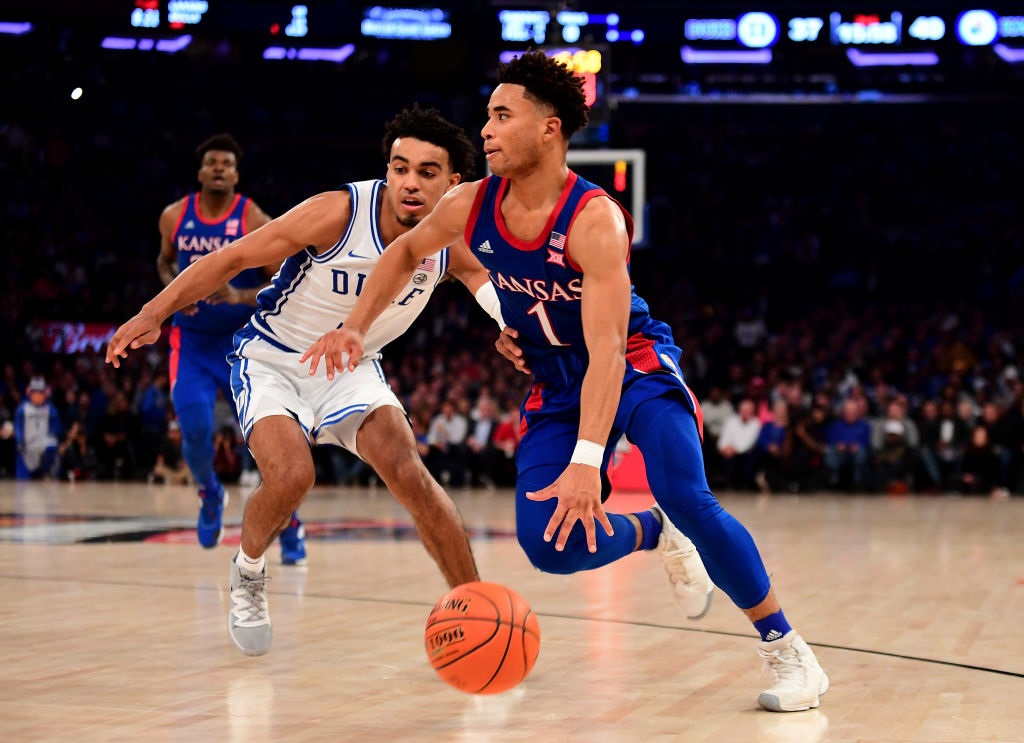 A few years ago, as a means of bolstering hype for the NCAA tournament in February, CBS Sports and the NCAA Selection Committee brainstormed the capital idea of doing a one-time release of the tourney’s top-4 seeds for each region — an insightful sneak preview of how the seedings/pairings might fall come Selection Sunday (March 15).

BATSBY Sports offers its thoughts on Saturday’s in-season preview … with the top 16 seeds being shown in the below tweet.

Let’s start with a minor humble-brag: The top eight teams from Saturday’s show, along with the regional destinations for each school, are an exact match to BATSBY’s seed-projections piece from Wednesday.

SOUTH: As the highest-value 1-seed, Baylor has earned the right to be the de facto host of this Houston-based regional.

EAST: As the lowest-value 1-seed, San Diego State becomes top dog in a region … but with the major caveat of potentially facing Duke in the Elite Eight. It’s a convenient setup for the Blue Devils, who likely consider Madison Square Garden to be their proverbial home away from home.

MIDWEST: The committee was eminently fair in rewarding Kansas (top-4 listing for ESPN’s BPI, KenPom, Strength of Schedule and the NCAA’s Net rankings) with a geographically friendly 1-seed.

They also nailed the 2-seed selection of Dayton (No. 5 with NCAA Net rankings), which deserves to play relatively close to home with the Indianapolis regional.

Dayton ranks no lower than eighth overall with KenPom, ESPN’s BPI and the NCAA’s NET listing.

WEST: Gonzaga must have been a tough choice over San Diego State for the 1-seed.

As as a happy result, the Zags (24-1 overall) are realistically looking at a sweetheart slate of Spokane (the location of Gonzaga’s campus … but different arena) and Los Angeles for the opening two weekends of tournament play.

Louisville makes for a rock-solid 2-seed, based on three factors:

a) The Cardinals rate no worse than eighth with ESPN’s BPI (6th overall), KenPom (8th) and the NCAA’s NET rankings (7th).

b) Louisville currently stands atop the ACC standings, a byproduct of recently handling Duke on the road.

****The Big East stands as the nation’s best top-heavy conference, touting five schools (along with Seton Hall, Butler, Creighton, Marquette) which could realistically reach the Final Four in Atlanta.

****The Wildcats have earned plenty of respect, metrics-wise. They currently rate in the top 20 with ESPN’s BPI, Strength of Schedule quotient and the NCAA’s NET rankings.

It’s surprising to see Oregon tabbed as a 4-seed, presumably over the likes of Kentucky and Arizona.

And Kentucky, formerly the nation’s No. 1 team back in mid-November, has the requisite talent, quickness, versatility and experience to claim John Calipari’s second national championship in Lexington.

So, don’t sleep on the Wildcats — either one.

Michigan State should be grateful for garnering access to the final 4-seed, despite losing three straight games.

But don’t expect the Spartans to be in the neighborhood of a 4-seed on Selection Sunday.

(To be fair, the Selection Committee finished its in-season release prior to MSU’s Saturday loss to Michigan.)

And this is coming from a hearty and sometimes-irrational Michigan State alum, who sadly lives and dies with every excruciating possession.

Why so pessimistic about the Spartans? Simply put, Michigan State has great difficulties with defending the three, defending the post and running half-court offense when point guard Cassius Winston’s on the bench.

That’s not necessarily a recipe for sustained success during March.