AP POLL BREAKDOWN: Did Clemson deserve this week’s demotion to No. 2 in the nation? 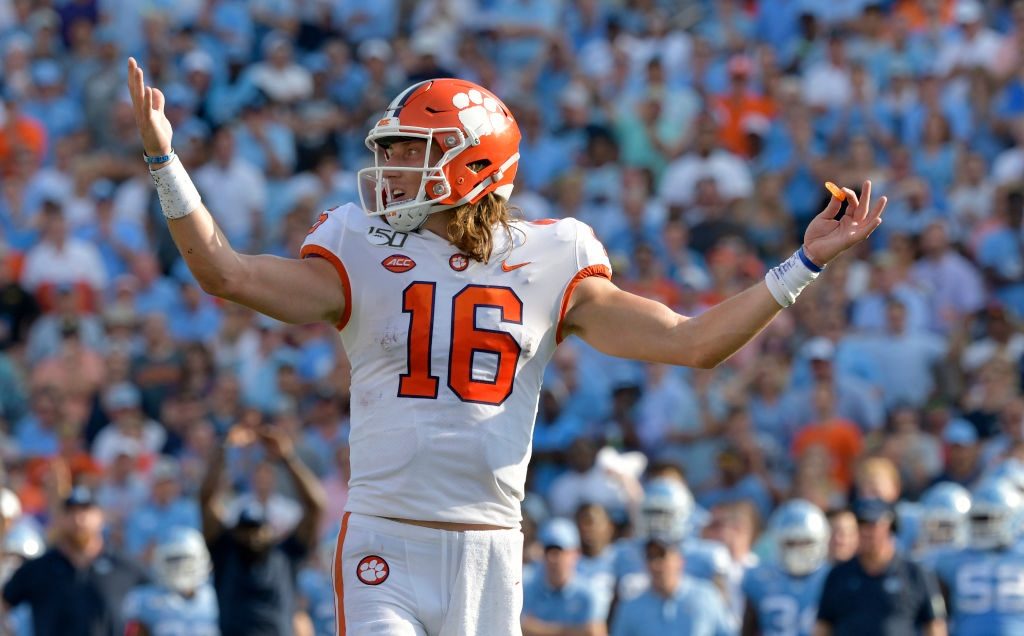 There are four substantive and possibly subjective questions to pose when considering Clemson’s case for No. 1:

a) Should the Tigers be penalized for surviving North Carolina by one point?

Yes (on a moderate scale). If Alabama had made a similar trip to Chapel Hill … the Crimson Tide likely would have walked away with a double-digit victory.

b) Does Clemson look stronger than last year’s unblemished squad, specifically the point in the schedule when Trevor Lawrence permanently supplanted Kelly Bryant at quarterback?

c) Is it Clemson’s fault that Florida State, Miami, Boston College and Virginia Tech (eight combined losses before Oct. 1) are mired in staggering stages of mediocrity?

Not consistently … but there were flashes of impending greatness against Texas A&M and Syracuse.

After all, the college football season will never be a true round-robin tournament among the nation’s elite teams, short of intra-divisional play. Instead, it can only be viewed as a meritocracy … with serious decisions (read: rankings) being made every week.

Here’s the real kicker, though: None of this conjecture matters right now.

If Clemson carries the rest of its eminently doable schedule (Wake Forest could be the biggest hurdle in November … WAKE FOREST!!!), including the ACC title game, the Tigers would reflexively advance to the College Football Playoff with no questions asked, barring a major injury to the aforementioned Lawrence (the presumptive No. 1 overall pick of the 2021 NFL Draft).

Only one SEC, Big Ten or Big 12 team can possibly remain undefeated after Conference Championship Saturday, leaving Clemson as an easy-peezy fourth option for the Playoff.

So, in that respect, who cares if the Tigers are in cruise-control mode right now?

Just keep advancing … and everything else takes care of itself.

Yes, the college season might be a weekly meritocracy … but the College Football Playoff commmitte or AP voters would never have the chutzpah to rank an undefeated and defending national champion at No. 5 on the second Sunday of December.

Plus, it helps that quarterback Tua Tagovailoa (school-record seven touchdowns on Saturday) has, once again, emerged as the early favorite for the Heisman Trophy.

(In sarcastic circles, it’s known as winning the ‘September Heisman.’)

Down the line … Auburn (victories over Oregon, Texas A&M, Mississippi State), LSU (road win over Texas) and Ohio State (routs of Cincinnati, Indiana, Nebraska) have been just as formidable as Alabama, when citing the time-tested Eye Test.

**Auburn hasn’t allowed more than 23 points to a team all season, and the highest tally humbly came from the Tigers’ 56-23 shakedown of Mississippi State (Saturday).

**LSU finally has a booming offense (averaging 58 points per game) to match its bruising defense.

Under the direction of quarterback Joe Burrow (1,520 yards passing, 18 total TDs through four outings), likely gone are the days of the Tigers holding an SEC opponent to 15-20 points … and still coming up a touchdown short.

**Ohio State has quickly made a mockery of Big Ten competition, bringing the wood to Indiana and Nebraska on the road, with no apparent end in sight.

And yes, that covers this week’s home clash with Michigan State (my alma mater).

The Spartans might have one of the nation’s best defenses … but it’s an implausible task to keep the Justin Fields-led Buckeyes to less than 30 points in Columbus.

In other words, this could get ugly fast in prime time.