AP POLL BREAKDOWN: Florida warrants rankings leap, if it can pull off the Auburn-LSU double dip 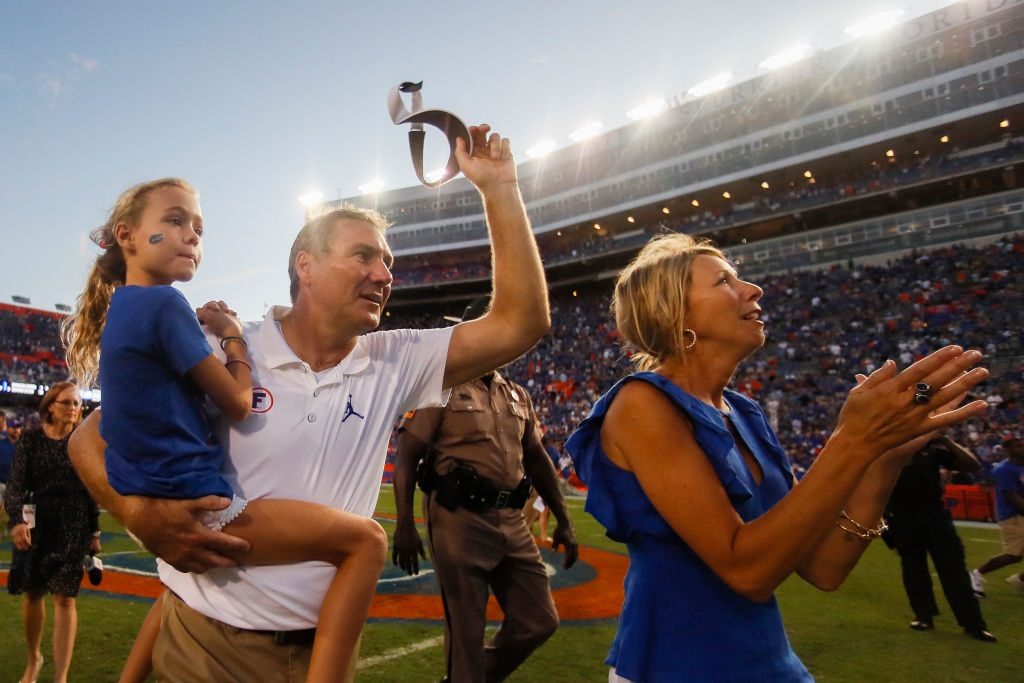 **NOTE: Georgia and Ohio State are technically tied for third place nationally, commanding 1,393 media votes apiece. However, for the sake of this WordPress listing, the incumbent Dawgs shall stay at No. 3.

TAKE #1
The SEC might be the greatest conference in college football (nine national titles since 2006), but not all league schedules are created equal.

Take Florida, for example: It’s bad enough the Gators draw LSU as a permanent-crossover opponent every year (unlike Alabama getting Tennessee on an annual basis), but did the SEC scheduling office really have to pack Florida’s slate with Auburn and LSU in consecutive weeks?

It’s madness, really. At least Auburn gets an FCS breather every November, stealthily sandwiched between major clashes with Georgia and Alabama.

For Florida, though, there’s barely any time to bask in the glow of upending No. 7 Auburn at home, a signature victory for Dan Mullen’s emerging tenure in Gainesville.

In a flash, the adrenaline-fueled Gators must refocus their energies on a No. 5 LSU team that’s suddenly a juggernaut on offense (No. 1 in SEC passing yards — averaging 416 per game) and formidable on defense, as always.

Now for the good news: If Florida can successfully weather this Auburn-LSU hail storm, with a perfect record intact, the Gators could (and probably should) leapfrog into the top 4 for next week’s Associated Press countdown, even if Clemson and Georgia remain undefeated.

TAKE #2
The Eye Test tells us Ohio State deserves a No. 2 or higher ranking, given its surgical dissection of every opponent to date, including Michigan State on Saturday night (34-10).

Which brings us to this: For the anxious Alabama fans looking ahead to a berth in the College Football Playoff … as the presumptive No. 1 seed, would you rather face Ohio State or Oklahoma as the No. 4 seed in the CFP semifinals?

TAKE #3
There are many remaining hurdles left in the regular season, but one thing has become abundantly clear:

Even with four programs in the top 7 (Alabama, Georgia, LSU, Florida), only one SEC team would garner an invite to the four-team Playoff, if Clemson, Ohio State and Oklahoma similarly ran the table in the ACC, Big Ten and Big 12, respectively.

(We’ll address this topic, in great detail, later in the week.)

TAKE #4
Can undefeated Wake Forest plausibly make it to its Nov. 16 showdown with No. 2 Clemson, sporting an unblemished record?

Here’s the good news: The Demon Deacons (wins over North Carolina, Utah State, Boston College) will likely be favored for their next four outings (vs. Louisville, vs. Florida State, vs. NC State, at Virginia Tech), leading into the Clemson affair.