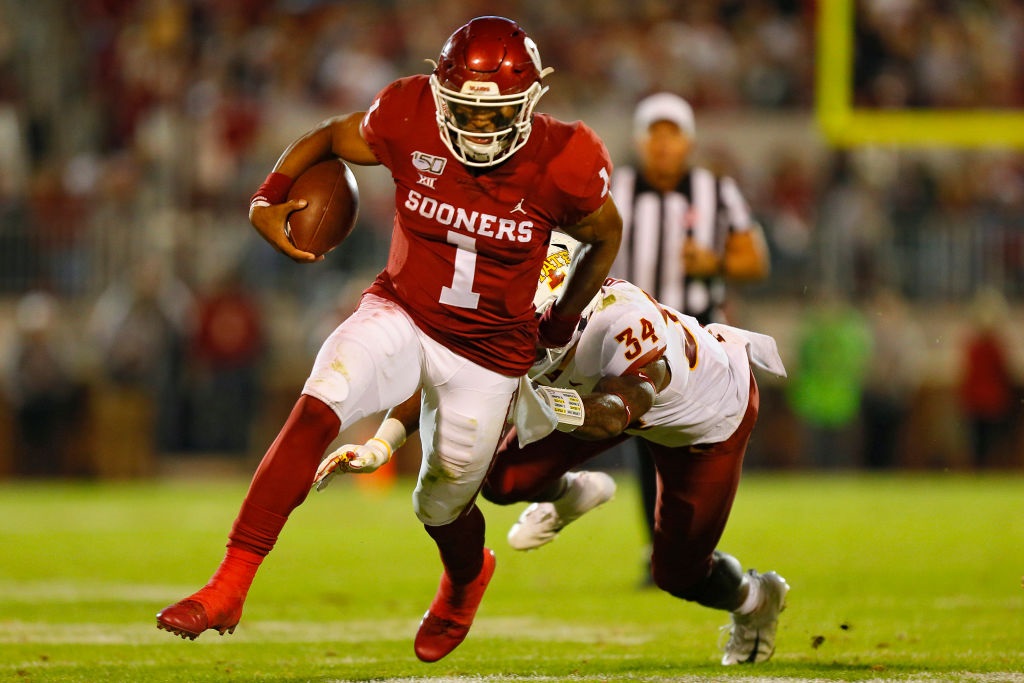 BATSBY Sports shall attempt to cut through the noise and predict the matchups for the 19 most important games on the bowl calendar.

Reminder: The Peach Bowl and Fiesta Bowl will serve as this year’s semifinal destinations for the College Football Playoff, which released its fourth rankings last week.

A little clarification for the top:

We’re fully expecting Ohio State to remain at No. 1 in Tuesday’s updated (or penultimate) release of the College Football Playoff rankings, on the strength of the Buckeyes’ road rout of Michigan over the weekend (56-27).

However, factoring in Alabama’s crazy loss to Auburn, the 13-member Playoff committee now has the flexibility to insert LSU back into the top spot … presuming the Tigers capture the SEC championship on Saturday.

The rationale here: LSU (four top-10 victories over Alabama, Florida, Auburn, Texas) possessed the strongest regular-season resume … and will encounter the toughest challenger (No. 4 Georgia) of any school playing on Conference Championship Weekend.

Plus, there would be no more worries about an LSU-Alabama rematch in one national semifinal, which might have been deemed unfair to the Tigers — since they had already upended the Crimson Tide on Nov. 9, with QB Tua Tagovailoa still in the ‘Bama lineup.

In other words, style points likely won’t be a determining factor for LSU come Saturday/Sunday, short of Ohio State repeating its 59-0 shellacking of Wisconsin from the 2014 Big Ten championship game.

For the Tigers … it’s a simple case of add another heavyweight victory, and you’re back in the catbird seat.

Oklahoma might have been the biggest benefactor of Alabama’s late meltdown against Auburn, knowing the fourth and final Playoff spot will likely go to the Big 12 or Pac-12 champion — assuming the current CFP alignment holds serve.

If that’s the case, then Utah (No. 5 in the latest Associated Press poll) and Oklahoma (No. 6 in AP) must adhere to the following two-step process this weekend:

a) Beat Oregon and Baylor, respectively, as clinchers for the conference title.

b) Go on a full-press media spree after the victory, imploring the masses to vault either the Ducks or Sooners to the No. 4 slot for Sunday’s final rankings.

Of course, none of this shall mean anything if Georgia takes down LSU in Saturday’s SEC championship.

Under this scenario, the Tigers would remain in the top 4, factoring in their signature victories and overall strength of schedule.

For what it’s worth, here’s the current Tale of the Tape with Oklahoma and Utah: