BOWL PROJECTIONS: Utah’s still a good bet for the Peach Bowl … no thanks to Oregon 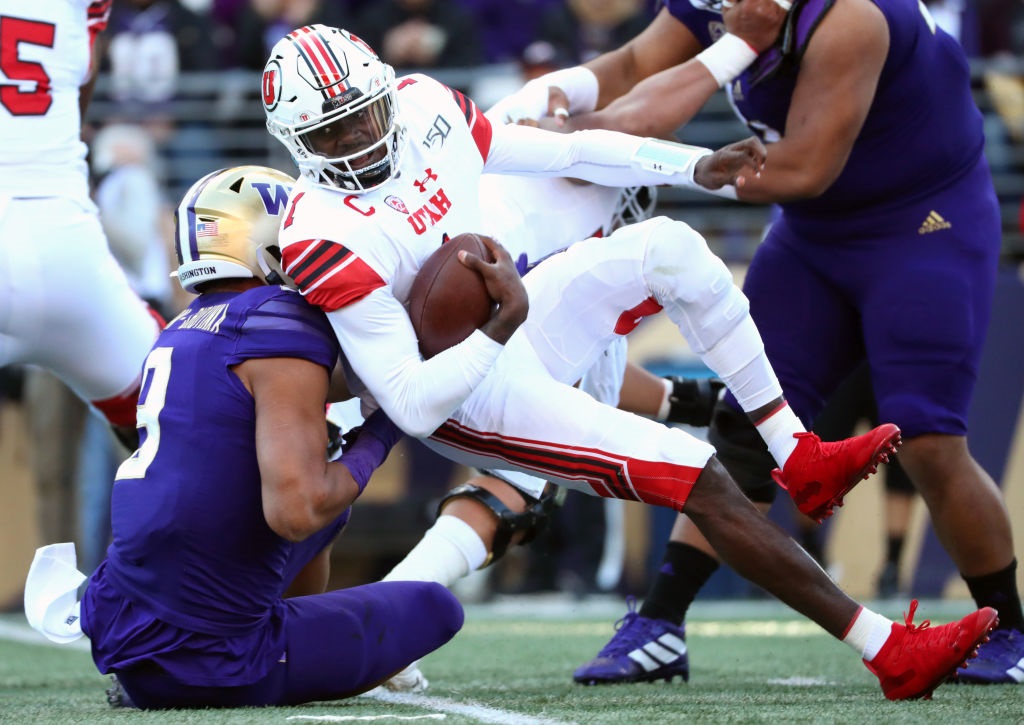 BATSBY Sports shall attempt to cut through the noise and predict the matchups for the 19 most important games on the bowl calendar.

Reminder: The Peach Bowl and Fiesta Bowl will serve as this year’s semifinal destinations for the College Football Playoff, which released its third rankings last week.

What about the other 20-25 bowls? Ask yourself, do you really care who’s slated to make the Tropical Smoothie Cafe Frisco Bowl or Bad Boy Mowers Gasparilla Bowl in late November?

TAKE #1
Last week, we penned a ‘Chaos Theory’ piece on Alabama’s plausible path for making the four-team Playoff, despite not possessing the SEC championship (LSU vs. Georgia on Dec. 7) or having quarterback Tua Tagovailoa (serious hip injury) for the remainder of the season.

But here’s the one flaw in our rationale: Since the Playoff field gets determined by a 13-member committee, and not computers, the so-called human element might have little incentive to include the Crimson Tide into the national semifinals, citing two logistical factors:

a) If LSU wins the SEC title and subsequently remains at No. 1 with the Playoff rankings, the CFP committee would likely avoid an Alabama-LSU rematch in the Peach Bowl — especially since the Tigers toppled the Tide in Tuscaloosa (46-41 on Nov. 9).

In other words, it wouldn’t be fair for LSU (four top-10 victories: Alabama, Auburn, Florida, Texas) to beat a program twice — particularly a non-conference champion — just to reach the CFP title game.

b) If Georgia (current Playoff ranking: 4th) pulls off a minor upset in Atlanta, this would likely vault two SEC programs into the four-team Playoff — presumably with the Dawgs owning the No. 3 seed … and LSU capturing the final slot.

Whether fair or not, the Crimson Tide could be boxed in at the No. 5 spot, barring Clemson and/or Ohio State going down in the ACC and Big Ten title games, respectively.

Bottom line: Alabama just doesn’t have the resume cachet to eclipse a one-loss LSU, if the Playoff committee were forced to make an apples-for-apples comparison.

TAKE #2
We still like the Pac-12’s chances of securing its first Playoff berth in three years … just not as much as this time last week.

Given Oregon’s stunning defeat to Arizona State on Saturday night, Utah (No. 6 in the AP poll) must now fight for a Peach Bowl bid on its own, knowing full well the Pac-12 showdown with the Ducks (dropped eight slots in the AP poll) has likely been diminished, in the eyes of national pundits and the Playoff committee, to boot.

Remember when Michigan State and Iowa played for the Big Ten championship in 2015, as the No. 4 and No. 5 Playoff teams?

Heading into that game, the victor was a lead-pipe cinch to earn a Playoff bid — citing the Strength of Schedule/Opponent quotient for Conference Championship Weekend.

Well, with Oregon plunging into the pile of two-loss clubs (along with Penn State, Wisconsin, Notre Dame), there are no guarantees of Utah sloppily winning the Pac-12 championship on Dec. 6 … and getting an automatic pass to the national semifinals.

Rather, if Utah (No. 4 in scoring defense, No. 3 in total defense) might need to beat Oregon by double digits … and look pretty while doing so.

TAKE #3
Here’s the problem with the New Year’s Six concept, even though it’s a vast improvement from the old system: No one living outside Charlottesville is clamoring for a Virginia-Alabama matchup in the Orange Bowl; and yet, we’re seemingly stuck with this potential clunker.

How is this possible, even though the Cavaliers — as presumptive Coastal Division champs — could be a four-loss team, come bowl time?

a) At this moment, the ACC has only one team in the Playoff top 25 (Clemson).

b) Notre Dame (9-2 overall; No. 15 in the AP poll) wouldn’t qualify as the ACC’s representative, even though the Fighting Irish annually face five conference teams … and possess the head-to-head victory over Virginia (35-20 on Sept. 28).

Which brings us to this: What would be the Vegas-style spread for an Alabama-Virginia battle in Miami? Twenty … maybe 25 points?

Even if the Tua-less Tide took the Cavaliers lightly for a half or so, three touchdowns might seem like a reasonable bet to place.