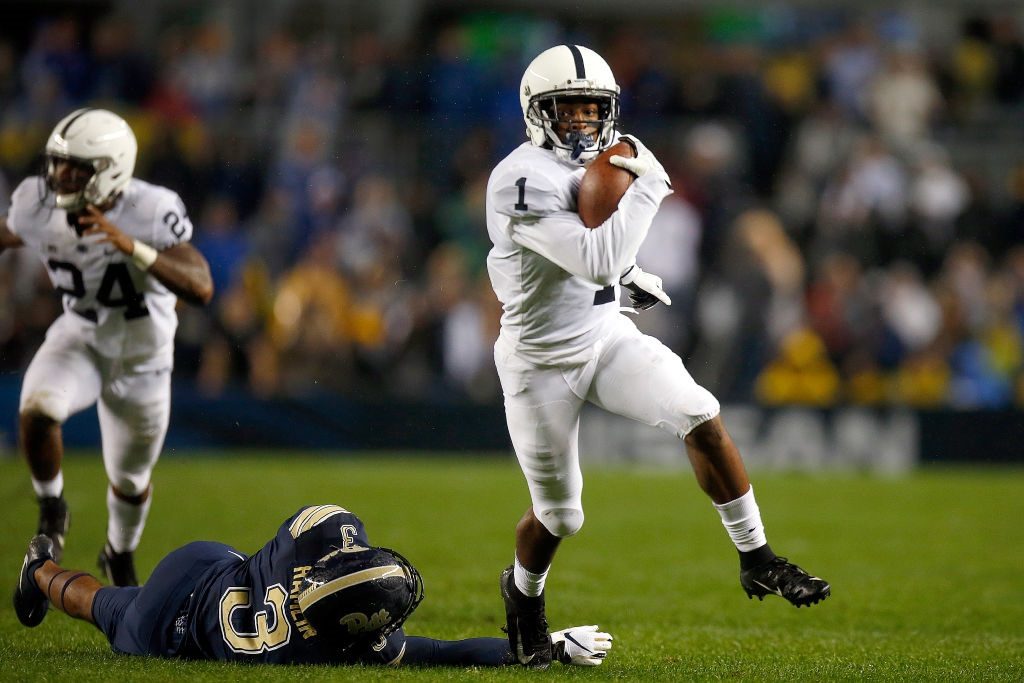 In the final assessment, via the Eye Test, there were no missed tackles, blown assignments, errant gap calls or squandered opportunities with the Penn State defense.

In fact, linebacker Jan Johnson might have decided the game when it was still mired in a scoreless tie.

With 13 minutes left in the first quarter, a Maryland receiver momentarily broke free behind the defense … but an underthrown ball quickly got swallowed up by Johnson, who took it back 17 yards the other way.

One play later, quarterback Sean Clifford called his own number on a 8-yard scramble touchdown.

It was all Penn State after that.

#2
Clifford might have enjoyed the perfect game, minus one incidental pick

Clifford was essentially letter-perfect on Friday, passing for 398 yards and three touchdowns and tossing only five incompletions on 31 pass attempts.

For good measure, he was also Penn State’s leading rusher, rolling for 54 yards and one score on just seven carries.

The Penn State receiver has become his own weekly highlight package, often converting intermediate receptions into works of art on the run-after-catch front.

And Friday’s long score might have been the piece de resistance.

With Penn State holding a 7-0 lead and staring at a potentially dicey 3rd and 9, Hamler hauled in the Clifford pass near the sticks, evaded two tackles, sprinted toward the open field … and then burned the final Maryland defender with a juke-juke/high-step/juke-juke combination that’s more reminiscent of the old Tecmo video game (Bo Jackson was unstoppable) than real-life events.

For what it’s worth, Hamler (6 catches, 108 yards, 1 TD vs. Maryland) has posted at least one catch of 36-plus yards in every game this season. If he keeps up this pace, Hamler could easily lead the nation in yards per reception.

Of greater importance, Hamler might be in the conversation for the Big Ten’s greatest game-breaking talent.

The scheduling gods granted the Terrapins a small reprieve with Rutgers next week (on the road); but after that, the slate gets progressively tougher with Purdue (road), Indiana (home), Minnesota (road), followed by Michigan (home) and Ohio State (road) on back-to-back Saturdays.

Is this a vintage Michigan team?

Early indications say no, but it’s still a program-defining opportunity for Maryland, as head coach Mike Locksley attempts to carve out every recruiting angle for future prospects.

And that’s what it comes down to, in the grand scheme: While watching Friday’s game at a local watering hole, a boisterous Penn State supporter conceded to me that Locksley’s recruiting prowess could put a serious dent in the Nittany Lions’ sales efforts.

“We used to get every 5-star guy in the state of Maryland, but now I’m not so sure,” said the fan.

Fifty-nine points goes a long way toward keeping Penn State in the recruiting conversation, though.

As such, No. 12 Penn State (4-0 overall, 1-0 in Big Ten) suddenly seems woefully underrated in the Associated Press poll.

PrevPreviousNFL: The ‘You Are Looking Live!’ preview for Week 4
NextFANTASY FOOTBALL: Final positional rankings for NFL Week 4Next