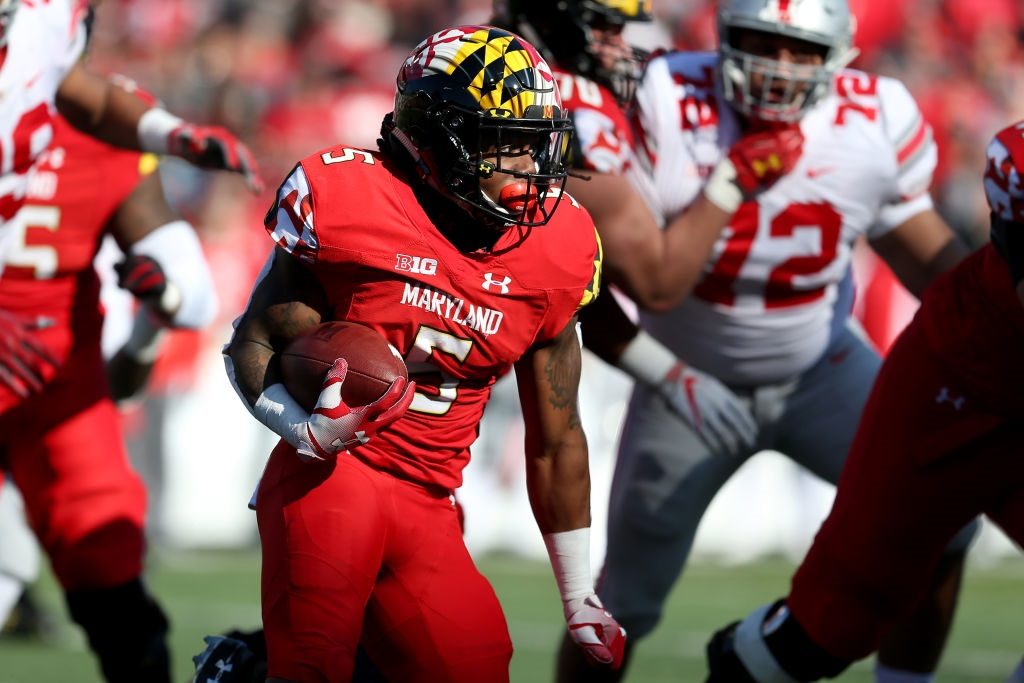 The most astute viewers of ESPN’s vaunted College Gameday program might have noticed something humorous last Saturday, amidst the scrum of Texas and LSU fans grappling for TV time in Austin.

An LSU supporter randomly holding up a sign saying, “We Want Maryland!“

At first blush, the LSU fan was poking fun at Texas for getting swept in a recent home-and-home series with Maryland — the same Terrapins who posted only nine total victories for 2017-18.

However, upon further inspection, perhaps LSU privately views Maryland as a scary-good team, when fully healthy. (Injuries were daunting in the previous two campaigns at College Park.)

Along those lines, perhaps the Tigers players and coaches have begun to realize — after surveying mountains of video prep for LSU — the Terps could be formidable national challengers for years to come.

Even in the big, bad Big Ten East division.

That’s an easier leap to make after observing Maryland’s two-game demolition to launch the season, blanking Howard (79-0) and then executing the most dissection of any ranked club to date — last Saturday’s 63-20 rout of No. 21 Syracuse.

If you’re not deciphering the short- and long-term merits of Maryland’s Syracuse shakedown, remember this:

When the college experts were breaking down Clemson’s schedule in August, in terms of possibly repeating as national champions in 2019, the two biggest upset contenders were pegged as Texas A&M (last week) and at Syracuse (this weekend).

Well, so much for that narrative … unless these same experts are now treating Maryland’s contention for a Big Ten East title or New Year’s Day bowl quite seriously.

THE IMPACT OF JOSH JACKSON

Fast forward to the present: These Terrapins do EVERYTHING at a break-neck pace, regardless of how many yards the previous play landed; and for the opposing defenses, there’s simply no time to a great play or even lament a bad sequence.

And the way things are progressing, business is booming for the Maryland offense, which leads all Big Ten teams in total yards per game (637) and points per game (71).

Transfer quarterback Josh Jackson (541 yards passing, 7 TDs) has quickly found his comfort zone within the Maryland offense, in terms of pushing the lightning-fast tempo, managing abrupt play-call changes and making successful decisions on the field; and that’s a stunning transformation to fathom, considering the following:

This time last year, Jackson lagged from behind on the Virginia Tech depth chart, offensive coordinator Scottie Montgomery was humbly honing his craft at East Carolina and head coach Mike Locksley was knee-deep into helping Alabama capture the SEC title and rummage its way to the College Football Playoff championship game (losing to Clemson).

That’s a lot of change to absorb in such a short period. And yet, it bears the look of a seamless transition.

PORTRAIT OF A TURNING POINT

For those with short memories, the epic Ohio State-Maryland clash might have pushed Urban Meyer over the proverbial edge, in terms of confirming his eventual decision to from coaching.

Throughout the telecast, the ESPN cameras captured how the of the game had exacted a tremendous toll on Meyer’s psyche, from the head trauma (reported cyst near his brain) to the ever-changing shades of facial color, reflective of exorbitant internal pressure to succeed.

The Terrapins raced to a 17-3 lead in the first quarter, on the strength of tailback Anthony McFarland Jr.’s long touchdown runs of 81 and 75 yards. The Buckeyes would rally to force a 45-all tie in regulation, setting up the surreal events of overtime:

**Nixing the notion of another overtime, Maryland attempted the go-for-broke 2-point conversion. On the potential game-winner, quarterback Tyrell Pigrome rolled right and barely missed a Terps receiver in the end zone.

A heartbreaking occurrence for all to see.

It could have been the school’s greatest upset of this century.

Instead, it served as a window to Maryland’s tangibly bright future, featuring McFarland (298 rushing yards vs. Ohio State), a powerful offensive line (bookended by blue-chip tackles), an experienced defensive front seven and the prolific recruiting acumen of Locksley, working his third different coaching stint at Maryland.

Put it all together … and the days of opposing fans carrying “We Want Maryland” signs may soon become a thing of the past.