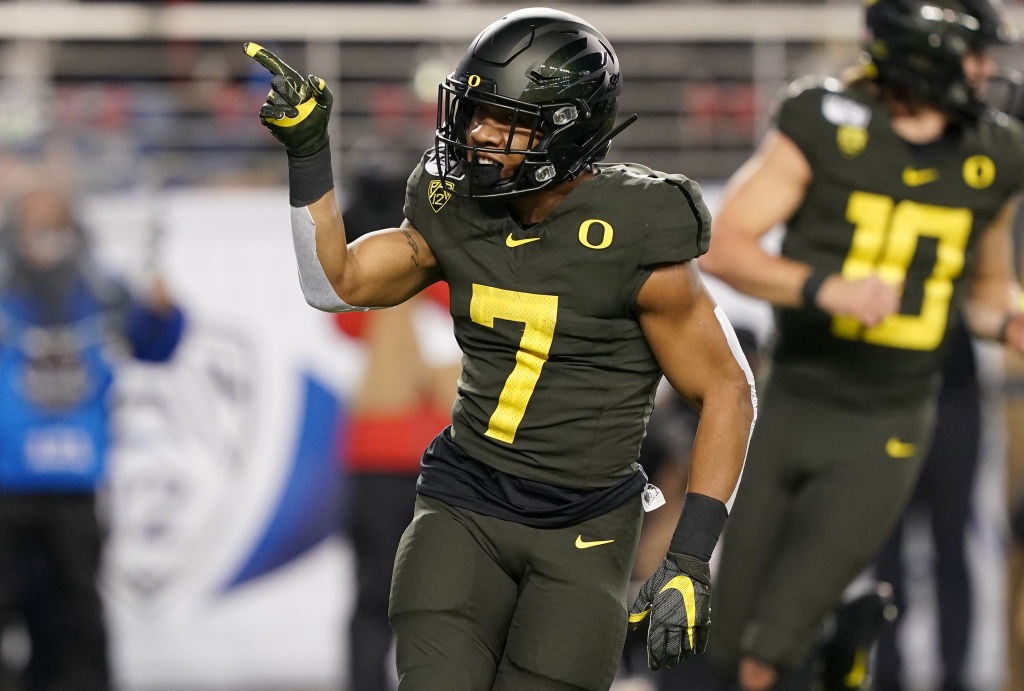 With the damning loss, Utah abandoned all hopes of its first-ever College Football Playoff berth. It also means the Pac-12 won’t have representation in the national semifinals for a third straight season.

Now, we could use this space to assess how Utah suffered a 22-point, neutral-field loss, even with Oregon quarterback Justin Herbert passing for less than 200 yards, but that would be a waste of time.

‘Playoff’ talk had always been a zero-sum game for Utah and Oregon since the first Saturday of October.

Given their respective September defeats to USC and Auburn, the Utes and Ducks were forced into a situation where no additional losses would be tolerated by the 13-member CFP committee.

And even then, ‘style points’ might weigh heavily when stacking the Pac-12 champion up against the Big 12 champ and the runner-ups for the Big Ten and SEC.

Is that fair? Probably not. But that’s how the world of big-time football works, meaning that if a two-loss team ever reached the four-team Playoff … it certainly wouldn’t come from the Pac-12.

That leaves the door open for two plausible scenarios, in terms of filling the fourth and final CFP slot … after undefeated Ohio State, LSU and Clemson.

This would be the dream occurrence for those working in the SEC front office, even if the powers-that-be cannot say so publicly.

Under this hypothetical, a Georgia victory would likely vault the Dawgs into the 3-slot … but the defeat would still keep the Tigers in the Playoff mix — citing an elite-level Strength of Schedule quotient, along with four top-10 victories from the regular season (Alabama, Auburn, Florida, Texas).

As for the “vice versa” line above, a Georgia victory would render the Big 12 championship result entirely moot.

Sensing a theme here with the vice versa talk?

Because of Oregon’s resounding win on Friday night, and a presumptive LSU win on Saturday, the Big 12 champion would have a clear/near-automatic path to the No. 4 seed in Sunday’s final Playoff rankings.

By proxy, College Football Nation would also be spared having a real conversation about expanding the Playoff field to six or eight teams, since technically none of the conferences were wrongfully deprived of a Peach or Fiesta invite.

PrevPreviousNBA: James Harden ‘dunk’ controversy might open up an unwanted can of worms for the league
NextFANTASY FOOTBALL: NFL’s final positional rankings for Playoff Week 14Next