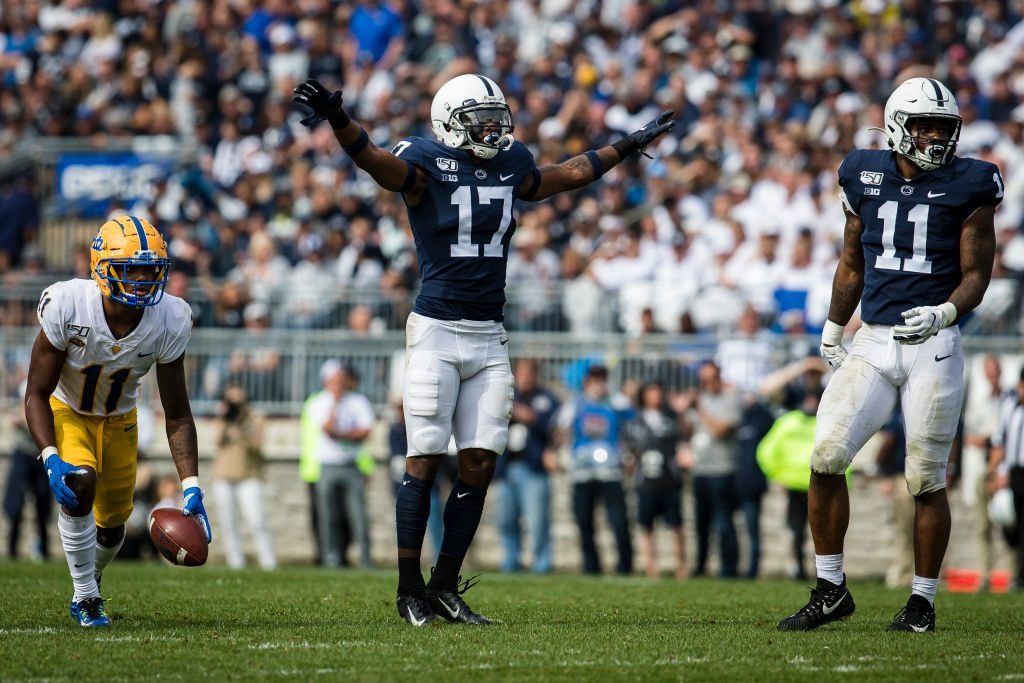 For this week, however, we’ll momentarily look back at the Pittsburgh-Penn State clash from Saturday, specifically targeting the actions — and reactions — of certain teams and coaches during crunch time.

With five-plus minutes left in the game and trailing by seven, Pitt’s offense had impressively marched down to the Penn State 1-yard line, seemingly on the brink of forcing a late tie in Happy Valley — or perhaps opting for the go-ahead 2-point try.

However, things got sticky in a hurry. For starters, Pitt couldn’t advance the ball on the first three tries at the 1 (one run, two incomplete passes), losing key encounters to a physical Penn State defense which suddenly rivaled the immense stopping power of a Cardone Industries brake caliper.

And then on fourth down, with the clock dwindling and stakes raising, Narduzzi inexplicably chose to kick the field goal.

Now, if Pitt had been trailing by four, five or six points, a field goal might have made proper sense; but down seven … and just inches from the goal line?

It was a puzzling decision; and frankly, it’s irrelevant that Pitt missed the short-range attempt from 18 yards.

Even if the Panthers failed offensively on fourth down, anything short of an interception-turned-touchback would have pinned Penn State deep in its own end, thus setting up Pittsburgh for another short-field drive to tie or potentially win the game (assuming a subsequent PSU punt).

In the aftermath of defeat, Narduzzi doubled down on his fruitless call, defiantly saying he’d do it all over again.

Therein lies the crux of the matter: No one expects Narduzzi (accomplished head coach with Pitt and former defensive coordinator at Michigan State) to publicly or privately beg for mercy with his decision, exhibiting some form of weakness.

After all, to err is human … and football coaches certainly fall within that scope.

At the same time, program leaders a lot of money to make high-pressure decisions in a matter of seconds.

At the very least, with all the polo-shirt-wearing personnel donning headphones along the Pitt sideline, including coaching interns, surely Narduzzi could tap one for explaining the negative consequences of kicking a superfluous field goal … when trailing by a full touchdown late in the game.

On the flip side … let’s view things from the Penn State prism:

Quarterback Sean Clifford completed only 14 of 30 passes for 222 yards. No receiver, tight end or running back accounted for more than three receptions; and punter Blake Gillikin got too much screen time on the wet field at Beaver Stadium, booting the ball seven times.

And yet, Penn State remained in firm control for large chunks of the game, relying on a versatile rushing attack (led by Journey Brown’s 109 yards) and opportunistic defense to preserve its standing among the nation’s top 15 teams.

The lesson here: Potential elite teams are not always great, especially against heated rivals. They only need to exhibit flashes of greatness when it matters.