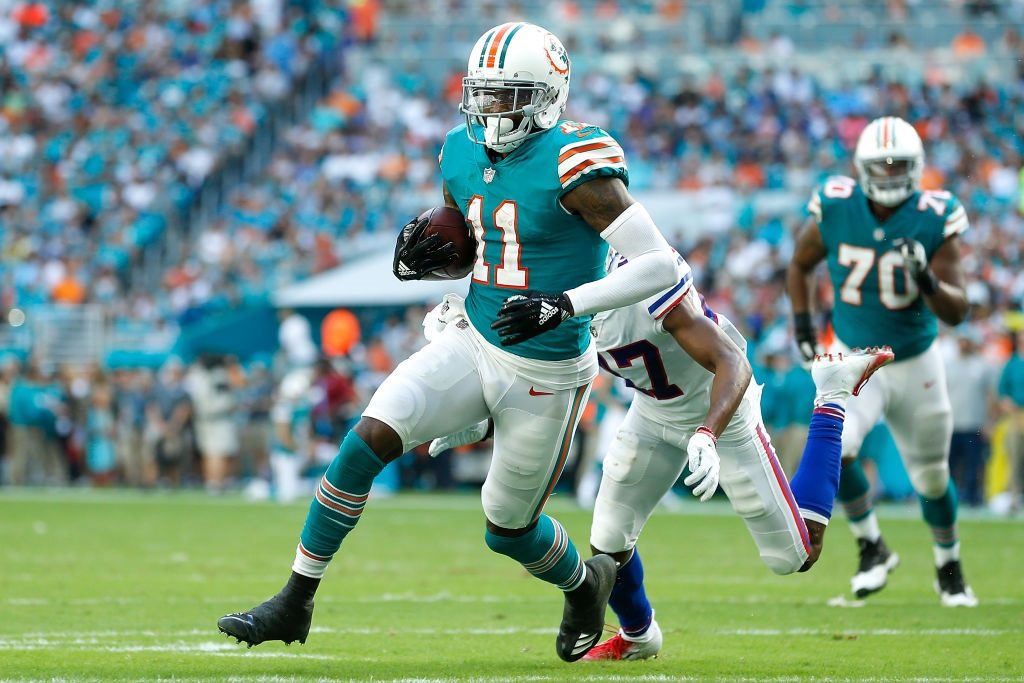 BATSBY Sports cuts through the pomp and circumstance of the Week 6 matchups, in order to identify four bankable proclamations for the weekend ahead.

To be sure, we’re not expecting to be right on every prediction; but by season’s end, a 45-50 percent rate of success would be pretty darn good.

**The Dolphins were easily the NFL’s worst team during September, incurring four straight defeats with an average margin of 37 points. However, Miami had a fortuitously timed bye in Week 5, giving the coaches two full weeks to prepare for this important clash of miserable teams.

**Speaking of coaches … the Dolphins have a major advantage of stability at the top, striving to get better under head coach Brian Flores, a former Patriots staffer who will likely be with the club for 3-4 years, at minimum. On the flip side, the Redskins fired Jay Gruden on Monday and have only a few days of practices/meetings to adjust to a new head coach (Bill Callahan) and new offensive coordinator (Kevin O’Connell).

**We’ve been encouraged by Josh Rosen’s progress as the Dolphins’ starting quarterback. Within that hope, it seems tailback Kenyan Drake and wideout DeVante Parker will become major facets of Miami’s gameplan for Sunday.

**We’re playing a major hunch here. The Redskins have gotten progressively worse over the first five weeks, whereas the Dolphins are at least showing faint signs of improvement and team uniformity (no more leaked stories of players wanting out of town).

**For our money, Henderson (2,204 total yards, 25 TDs in 2018) was the nation’s best draft-eligible running back in college football last year. He’s a potential PPR monster down the road; and if he had been drafted by a different team — say the Raiders or Buccaneers — the Memphis alum would already be a starter-worthy asset in fantasy leagues.

**Rams quarterback Jared Goff and the aforementioned Gurley had combined for 14 touchdowns in their last four meetings against the Niners.

**Here’s where things get tricky: The 49ers are the only NFL defense that has yet to yield a rushing or receiving touchdown to opposing backs; so in that vein, Henderson and Malcolm Brown could have their hands full.

That said, we remain confident in this prediction.

PREDICTION #3 — Mike Evans and D.J. Moore will rake in 13-plus targets apiece in Tampa Bay

**Among the NFL clubs with five games or less (excluding the Patriots, Giants) … the Panthers and Buccaneers are the league’s two worst defenses versus opposing wide receivers, when charting the categories of targets and receptions allowed.

**Evans has averaged 9.1 targets in his last six meetings with the Panthers; and let’s remember, he was greatly affected by illness back in Week 2 versus Carolina (eight targets).

**Moore enjoyed a robust performance against the Bucs in Week 2, rolling for nine catches, 14 targets and 89 yards.

**The preliminary weather forecast for Sunday in Tampa: 85 degrees in sunny. Perfect conditions for big-time passing.

**Within that specific subset of roadies on grass, Kamara has a robust catch-to-target rate of 83 percent.

**To date, the Jaguars are allowing opposing tailbacks to average 5.6 yards per rush.

**Jacksonville has already given up six touchdowns to opposing backs this season.

PrevPreviousCOLLEGE FOOTBALL: Penn State’s baseline dream of a New Year’s Six bowl will shake out over the next 4 weeks
NextFANTASY FOOTBALL: Final positional rankings for NFL Week 6Next