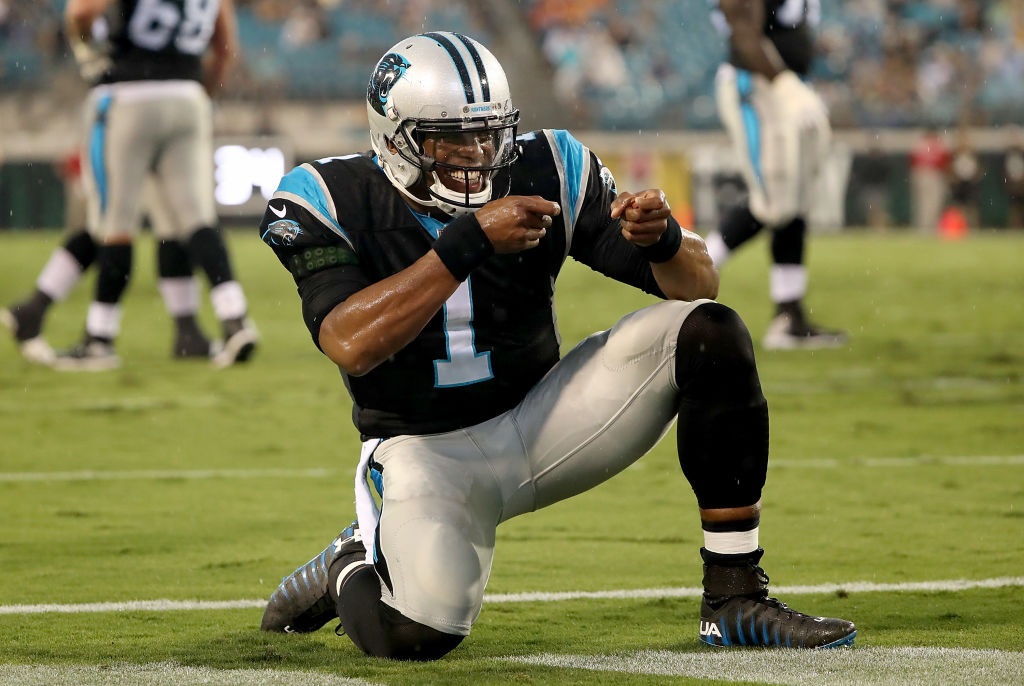 Three years ago, it would have been difficult to imagine Cam Newton not dominating an NFL offense.

Back then, Newton’s large frame, superior athleticism, stout rushing ability and cannon-like throwing arm would seemingly never go out of style — at least until the former Heisman Trophy winner approached his mid-30s.

Fast forward to the present: Yes, Newton has officially reached unrestricted free agency for the first time in his decorated career (one NFL MVP, one Super Bowl berth, three Pro Bowl appearances, 29,041 yards passing, 240 total touchdowns); but it’s also a poorly timed designation, since Newton might not have a clear path to a starting job for the 2020 season.

Why is this the case?

a) Prior to his release (the dual result of the Panthers hiring head coach Matt Rhule and signing QB Teddy Bridgewater to a $63 million deal), Newton was shelved for 16 of the Carolina Panthers’ last 18 games, the result of injuries and subsequent surgeries.

b) Newton turns 31 in May, which typically wouldn’t be a death knell to time-tested veteran quarterbacks. However, with the above injuries and operations, it’s fair to wonder if Newton can recapture his athletic prowess of just a few years ago.

BATSBY Sports explores the five most realistic landing places for Newton in 2020 (listed in descending order), with the expectation of the quarterback accepting a short-term contract with a salary range of $10-$12 million:

Say hello to the most cushiony landing spot for Newton, and here’s why:

The Jaguars would be crazy to blindly hand the starting job to Gardner Minshew II, with Joshua Dobbs serving as his fiercest competition for the QB1 role.

In 2019, Minshew posted five games of 205 or fewer passing yards, seven outings of zero or one touchdown and eight efforts of a completion rate under 60 percent.

That’s hardly the track record of a no-brainer starter in Year 2.

Here’s another thing to consider: The Jaguars would be wise to use Newton’s healthy ego to their advantage.

If no other suitors come calling with substantive money or starting offers during free agency, Jacksonville could convince Newton to treat the 2020 campaign as a Year Of Reckoning, in terms of proving all the doubters wrong … while flourishing in the NFL’s 8th-smallest media market.

The Dolphins have forged a number of intriguing roster upgrades in recent weeks (Bryon Jones, Shaq Lawson, Kyle Van Noy, Emmanuel Ogbah, etc.), but this remains a team in transition.

Plus, it’s a lead-pipe cinch that Miami’s front office (led by GM Chris Grier) will draft a quarterback high in Round 1 — either at the 3-slot (speculative trade with the Lions) or the club’s current choice of No. 5 overall.

If the Dolphins end up with Tua Tagovailoa, there would be no immediate pressure to force the recuperating Alabama legend (hip surgery back in November) into the starting lineup for September or October; and if the franchise corrals Oregon QB Justin Herbert, then it could still rely on placeholder Ryan Fitzpatrick (3,529 yards passing, 24 total TDs in 15 games last year) to ease the transition of power to Herbert sometime in October.

Either way, adding Newton to the depth chart (which also includes 2018 first-rounder Josh Rosen) might be a cosmetic move, but one lacking in short- or long-term substance.

The Chargers will be moving into the decadent SoFi Stadium this fall, sharing the $3 billion facility with the Rams.

So, in that vein, you’d think the Chargers would require the presence of a big-name quarterback in 2020, someone who could move the proverbial needle with Los Angeles (and disgruntled San Diego) fans, in terms of generating buzz and ticket sales.

And yet, the franchise seems content with riding Tyrod Taylor in the short hand … before potentially tapping a high-profile rookie (either Tagovailoa or Herbert) for the remainder of the season.

NOTE: The Chargers currently possess the No. 6 slot in the April draft.

Is this a bulletproof strategy? Not really. But to be fair, the Chargers made a very-public attempt at signing Tom Brady during NFL Free Agency; so it’s not like they’re resistant to big-ticket items, among veteran quarterbacks.

My primary bone of contention: The playmaker-heavy Chargers are built to contend for championships now. This isn’t a situation where the 30-year-old Taylor (only 91 pass attempts since 2018) can ease into his role as the likely Week 1 starter, without any fear of being benched down the road.

In that event, without Newton or Winston on the roster, the Chargers would be forced to give an early battlefield promotion to Tagovailoa or Herbert (as draft acquisitions) … but definitely not Easton Stick.

Whoever that may be.

On the plus side, Newton wouldn’t have to sell his talents to former Panthers head coach Ron Rivera and former Carolina offensive coordinator Scott Turner. (Rivera and Turner are now leading Washington’s revival effort.)

On the negative side, there’s simply no room at the Redskins Inn for Newton, in lieu of the following transactions:

**Earlier this week, Washington surrendered a fifth-round choice in the April draft to acquire QB Kyle Allen … who served as Newton’s injury replacement with the Panthers last season.

**Remember Alex Smith, the $94 million trade-then-sign acquisition from 2018 who incurred a badly broken leg later that season? He’s still on the active roster, collecting starter-grade checks (2020 cap hit: $21.4 million) and working diligently toward a return to the sidelines.

What’s more, the Redskins own the No. 2 pick in the upcoming draft.

If prompted, they would have a clear shot at selecting Tagovailoa — who, before succumbing to injury last November, had garnered universal praise as one of the NFL’s cleanest QB prospects of the last decade.

You might have heard about the Tom Brady-Bill Belichick breakup from last week, with the G.O.A.T. quarterback taking his 40-something talents to the Gold Coast of central Florida.

With Brady now leading the talent-rich Buccaneers offense (led by fantasy dynamos Mike Evans and Chris Godwin), from a de facto standpoint, the Patriots might have the NFL’s worst group of in-house quarterbacks — Jarrett Stidham, Brian Hoyer and Cody Kessler.

Could Stidham develop into a rock-solid starter for New England, perhaps in the mold of Jimmy Garoppolo, Matt Cassel or Jacoby Brissett?

Sure, but it would also be rank speculation to claim any long-term success … from a sample size of four NFL passes.

Could Hoyer serve as a good placeholder option in 2020, if the Patriots draft the likes of Jordan Love, Jacob Eason, Jake Fromm, Jalen Hurts, Nathan Stanley or Steven Montez next month?

Sure, but let’s also remember that Hoyer was the starting quarterback for 2015 Houston Texans … who summarily got crushed at home during the wild-card round (30-0 to the Chiefs); and that Negative Nelly factoid comes from someone who’s a fellow Michigan State grad (same as Hoyer).

Given the above uncertainty, Newton would make for an empirically better starting option with New England — on paper.

However, Newton might also be smart enough to avoid the burden of being the immediate successor to Brady, knowing that legacy follow-up would be impossible to overcome.

Of course, there are worse things in the NFL universe than collecting a seven-figure (or eight-figure) salary from a flagship franchise that still has a top-five defense and arguably the greatest head coach of all time (Bill Belichick).

Even NFL MVPs from the not-too-distant past.

PrevPreviousMOCK DRAFT MADNESS: Projecting every Round 1 pick for the virtual NFL Draft, Version 2.0
NextFANTASY BASEBALL: Top 30 shortstops for the 2020 campaign … whenever that might beNext