CANTON BOUND: We couldn’t have a Pro Football Hall of Fame … without Edgerrin James getting his just due 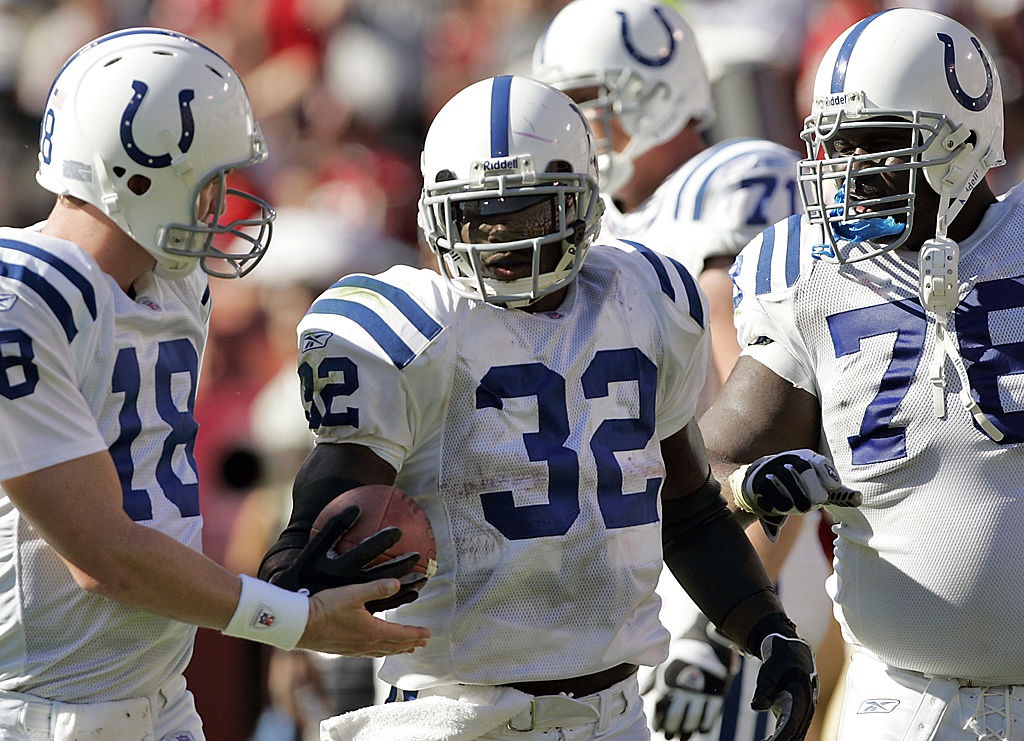 These should be the words of NFL fans today, when pondering the Pro Football Hall of Fame selection of former Colts/Cardinals/Seahawks tailback Edgerrin James.

The 41-year-old James, who retired after the 2009 campaign (with Seattle), had been passed over by the Hall of Fame media for a few years; but these embedded, yet biased gatekeepers could only keep James out of Canton for so long.

I rarely get emotional (read: irrational) about the Hall of Fame voting process for football, baseball or basketball, given the highly subjective factors that go into many of the candidates for each sport.

For example, here’s one bone of contention: I’ve always believed a former coach or athlete who remains in the spotlight, upon retiring, has a better chance of getting to a Hall of Fame sooner … simply because they’re continually part of the public consciousness.

James would be on the flip side of such notoriety.

The south Florida native rarely makes public appearances. He doesn’t hold a part- or full-time job in broadcasting or with an NFL franchise; and get this, the personable, yet mercurial James barely has double the Twitter followers of yours truly.

Even before James’ playing days had officially ended, I began making a pet project of his Canton candidacy, despite possessing zero rooting ties to the Colts, Cardinals or Seahawks.

Instead, my appreciation for James was purely based on running style (upright and lightning-fast … similar to Eric Dickerson) and total dominance at his position for a sustained period.

b) For his 11 NFL seasons, James averaged 1,113 rushing yards, despite posting four years of 13 or fewer games.

c) Along those lines, James averaged 1,419 scrimmage yards per season … or 106 total yards per game (fractionally rounding up).

Icon-wise, that type of otherworldly production would fall somewhere between Marshall Faulk, Jim Brown … and then Barry Sanders and Walter Payton.

e) In NFL history, 43 different running backs have notched at least one campaign of 2,000 total yards.

g) Charting his first 11 postseason outings, James eclipsed the elite-level threshold of 100 total yards and/or one touchdown eight times; and for the 2004 playoffs, the University of Miami product enjoyed a three-game average of 149 total yards and one TD.

h) One last thing: Along with Campbell and Dickerson, James ranks among the top 3 for greatest Years 1 and 2 of the modern era:

Oh, and for good measure, Jones captured the NFL rushing title in both seasons.

Put it all together, and it’s shocking James didn’t garner greater Hall of Fame consideration in previous years.

When evaluating his absurdly consistent career, James was essentially a more powerful version of Dickerson … or a sleeker, faster descendant of Campbell.

PrevPreviousSUPER BOWL 54: Our 10 favorite prop bets to ponder before the Chiefs vs. Niners kickoff
NextNFL and BATSBY SPORTS: Our smartphone-friendly cheat sheet for Super Bowl LIVNext