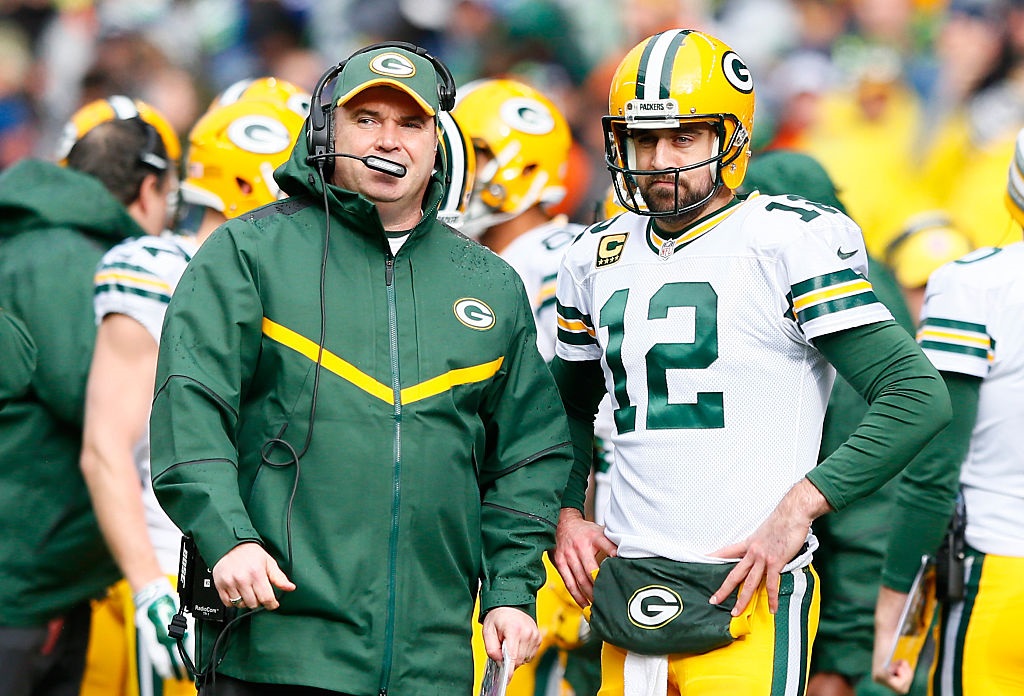 Show of hands here: How many readers knew the name “Joe Judge” before Tuesday morning … and that includes fans of Judge’s most recent NFL employer, the New England Patriots?

According to various reports, Judge has been hired as the New York Giants’ new head coach — a risky venture for the franchise, in the context of their last two ‘assistant’ hires (Ben McAdoo, Pat Shurmur) lasting only two seasons with the club, before getting the proverbial ax.

With Judge on the brain, BATSBY Sports breaks down the NFL’s 15 best under-the-radar coaching hires since the 1984 season (Sam Wyche and Marty Schottenheimer barely got under the wire) — a countdown which includes eight different Super Bowl champions and a terrific second wave of born leaders in the pros.

The connecting link for all: At the time of their respective hires, very few national pundits (along with the regional fan bases) touted these coaches as game-changing saviors for teams in need — with many in rebuilding mode.

HEAD-COACHING RECORD BEFORE NFL BIG BREAK: None
ACTIVE COACHING RECORD: 128-80
SKINNY: 1) From 1984-2007, Harbaugh had never been anything higher than a positional coach at six stops (one NFL, five collegiate). Plus, he was seemingly a glass-ceiling lifer with the Philadelphia Eagles, serving as their special teams coach for 10 years (1998-2007).

2) For the longest time, John was No. 3 on the Harbaugh family “fame” meter — trailing brother Jim (now the head coach at Michigan) and dad Jack, a longtime Michigan assistant and former head coach at Western Michigan and Western Kentucky.

Of equal importance, the Ravens had endured just one losing season on Harbaugh’s watch; and they’re solid favorites to reach Super Bowl 54 in Miami.

HEAD-COACHING RECORD BEFORE NFL BIG BREAK: None
ACTIVE COACHING RECORD: 219-142-1
SKINNY: 1) After the 1998 season, Packers head coach Mike Holmgren left Green Bay to become the Seahawks’ president and head coach. In hindsight, this shocking move should have opened the door for Andy Reid — than a Packers offensive assistant — garnering consideration for the head-coaching vacancy. Instead, that job went to Ray Rhodes.

4) Put it all together, and the only thing missing from Reid’s absurdly good resume remains a Super Bowl victory; and with quarterback Patrick Mahomes anchoring one of the NFL’s most explosive offenses, a championship seems inevitable over the next 4-6 seasons.

HEAD-COACHING RECORD BEFORE NFL BIG BREAK: None
ACTIVE COACHING RECORD: 141-81-1
SKINNY: 1) Here’s a great example of considering the candidate and NOT just the win-loss mark:

For Tomlin’s lone season as the Vikings’ defensive coordinator (2006) — his only coordinator campaign, college or pro — Minnesota finished a desultory 6-10.

4) Of equal importance, Tomlin has never incurred a losing campaign with Pittsburgh.

2) Another perception knock: Payton was a ‘replacement’ QB for the Chicago Bears during the strike-shortened 1987 season.

3) The Saints were a supposed mess entering the 2006 campaign, on the heels of Hurricane Katrina. But the three-tiered arrival of Payton, tailback Reggie Bush (’06 draft) and Hall of Fame-bound quarterback Drew Brees reversed the franchise’s fortunes.

4) Payton has notched 146 victories (including 15 during the postseason) with the Saints — highlighted by franchise’s first and only Lombardi Trophy (2009 season).

Within that scope, Payton led the Saints to six NFC South titles and eight 10-win campaigns.

3) Trivia time: In the Super Bowl era, only two teams have lost to just one franchise for that year … and didn’t win the world title:

But to his credit, Seifert was an immediate success, leading the Niners to Lombardi trophies in Year 1 (1989) and Year 6 (1994). And who knows, if San Francisco doesn’t cough up a costly fumble in the 1990 NFC title game (vs. the Giants), the 49ers might have become the first franchise to win three straight Super Bowls.

2) Legend has it Seifert — who helped the Niners win a Super Bowl in 1988 (defensive coordinator) — was set to board a plane to Cleveland (February (1989), in anticipation of becoming the Browns’ head coach. However, in this age before universal cell phone usage, Seifert randomly phoned his wife from the airport … only to find out Walsh had retired and the 49ers wanted him as the next coach.

3) Seifert (108 total victories with San Francisco, six division titles) remains the only coach in 49ers history to post double-digit wins for every season.

HEAD-COACHING RECORD BEFORE NFL BIG BREAK: None
NFL COACHING RECORD: 161-99-1
SKINNY: 1) Cowher had good experiences with the Browns (1985-88) and Chiefs (1989-91), primarily as Marty Schottenheimer’s right-hand man on the defensive side.

That aside, Cowher still seemed like an odd choice to build upon the legacy of retiring Steelers legend Chuck Noll — one of only two NFL head coaches to capture at least Super Bowl titles (along with Bill Belichick).

3) It’s worth noting: The Steelers have had only three head coaches since 1969 (Chuck Noll, Bill Cowher, Mike Tomlin) … and all three garnered prominent mention in this countdown.

COLLEGE RECORD BEFORE NFL BIG BREAK: 26-63
NFL COACHING RECORD: 117-102
SKINNY: 1) Green had a 10-45 overall record at Northwestern in the early 1980s, when the Wildcats were among college football’s most hapless programs. (In fact, 10 wins was considered an achievement back then.)

And at Stanford (16-18 over three seasons), Green enjoyed only one winning season with the Cardinal.

2) Yes, Green had his own branch on Bill Walsh’s famed coaching tree … but never as a Walsh “coordinator” (with either Stanford or the pros). This brought another layer of uncertainty to his long-term viability as a head coach.

But it would all work out in the end …

3) With the Vikings in 1992, Green became just the second black head coach in NFL history (preceded by Art Shell).

HEAD-COACHING RECORD BEFORE NFL BIG BREAK: None
NFL COACHING RECORD: 205-139-1
SKINNY: 1) Talk about humble beginnings: From 1975-79, Schottenheimer bounced around with the Giants and Lions as an assistant — compiling a five-year record of 22-52. Ouch.

2) Later on, Schottenheimer was reticent to accept the Browns’ head-coaching job midway through the 1984 season, out of loyalty to the deposed Sam Rutigliano.

However, with the help of QB Bernie Kosar and linebacker Clay Matthews, Schottenheimer would quickly convert Cleveland into title contenders.

4) For this century, Schottenheimer might go down as the only head coach to post 14 wins in his final regular season.

By any measure, this should have disqualified McCarthy from landing any head-coaching jobs the following season. Especially in this age of social media.

The Packers are certainly different, though. They had the incredible foresight to hire McCarthy as head coach the following season.

4) McCarthy’s second act as a head coach will get plenty of attention, perhaps even more than the Green Bay experience. This week, he took control of the Dallas Cowboys.

HEAD-COACHING RECORD BEFORE NFL BIG BREAK: None
ACTIVE COACHING RECORD: 111-106
SKINNY: 1) When the Eagles hired Gruden as offensive coordinator in 1995, he quickly earned the ‘Boy Wonder’ moniker in coaching circles. However, for Gruden’s final season with Philly (1997), the Eagles were a loathsome 6-9-1.

2) On the flip side, Raiders owner Al Davis had a loooooooong track record of tapping up-and-comers as head coaches, namely those with heavy offensive backgrounds.

5) For his return to the sidelines (2018-19), Gruden has endorsed a total rebuild with the Raiders, enduring heavy losses in the short term … but stockpiling a number of high draft picks for the future.

2) Yes, Wyche was the first QB mentor to Joe Montana with the 49ers; and yes, he’s also a direct disciple of Paul Brown, arguably the most prolific innovator in American football history.

At the time, nothing about Wyche’s Hoosier hardships screamed successful NFL head coach.

3) Wyche’s fortunes turned for the better after the 1983 season with Indiana. Bengals owner Paul Brown tapped his one-time protege for the head-coaching job in Cincinnati.

For the Super Bowl defeat, Wyche’s Bengals incurred a last-minute loss to Joe Montana and the 49ers, who were coached by Bill Walsh (Wyche’s former mentor and boss).

4) For what it’s worth, Wyche stands as the last Bengals coach to collect a playoff victory.

2) Before Smith’s tenure in Atlanta (2008-14), the Falcons had never posted back-to-back winning seasons. It helps that quarterback Matt Ryan’s arrival coincided with this successful period.

3) The soft-spoken, but affable Smith has the third-most NFL coaching victories of the Brian Billick coaching tree, trailing only Marvin Lewis and Jack Del Rio.

4) The Falcons claimed two division titles and four 10-win campaigns during his tenure. The result: Smith remains the winningest coach in Falcons history.

HEAD-COACHING RECORD BEFORE NFL BIG BREAK: None
ACTIVE COACHING RECORD: 42-28
SKINNY: 1) Let’s start with the ‘meh’ part first: Pederson has posted three seasons of nine of fewer wins since taking over the Eagles in 2016, suggesting the 2017 campaign of 13-3 might have been a fluke.

2) On the plus side, there’s no disputing Pederson’s coaching acumen, considering Philly relied on a backup quarterback (Nick Foles) during the 2017 and 2018 postseasons, with Foles leading the Eagles to a Super Bowl upset of the Patriots two years ago … and then a close-shave road defeat to the Saints (owners of home-field advantage).

3) Lombardi Trophy aside, the 2019 campaign might have been Pederson’s best coaching job. Philly lost a flood of playmakers to injury during the season — including starting offensive tackles and the top four wide receivers — but rebounded to capture the NFC East crown in Week 17, beating the Giants on the road. In fact, the Eagles were sitting 5-7 after 12 games … before rallying for four straight victories to clinch the deal.

HEAD-COACHING RECORD BEFORE NFL BIG BREAK: None
ACTIVE COACHING RECORD: 35-17
SKINNY: 1) McVay’s grandfather John McVay was a former NFL head coach and an executive with the San Francisco 49ers dynasty of the 1980s and early 1990s; so, in that vein, the younger McVay might have been a known asset, through association.

2) There was nothing portending McVay’s future brilliance while serving as a young assistant with the NFL’s Buccaneers (under Jon Gruden) and the United Football League’s Florida Tuskers; and with the Redskins after that, McVay toiled as a tight ends coach for a few years … before getting a chance to direct the Washington offense.

3) McVay had yet to turn 31 years old when the Rams officially tapped him for head-coaching duties. The result: Three straight winning campaigns, two NFC West titles, one Super Bowl berth … and a quick-strike, high-powered Rams group that took 1st, 2nd and 11th with scoring offense for 2017-19.