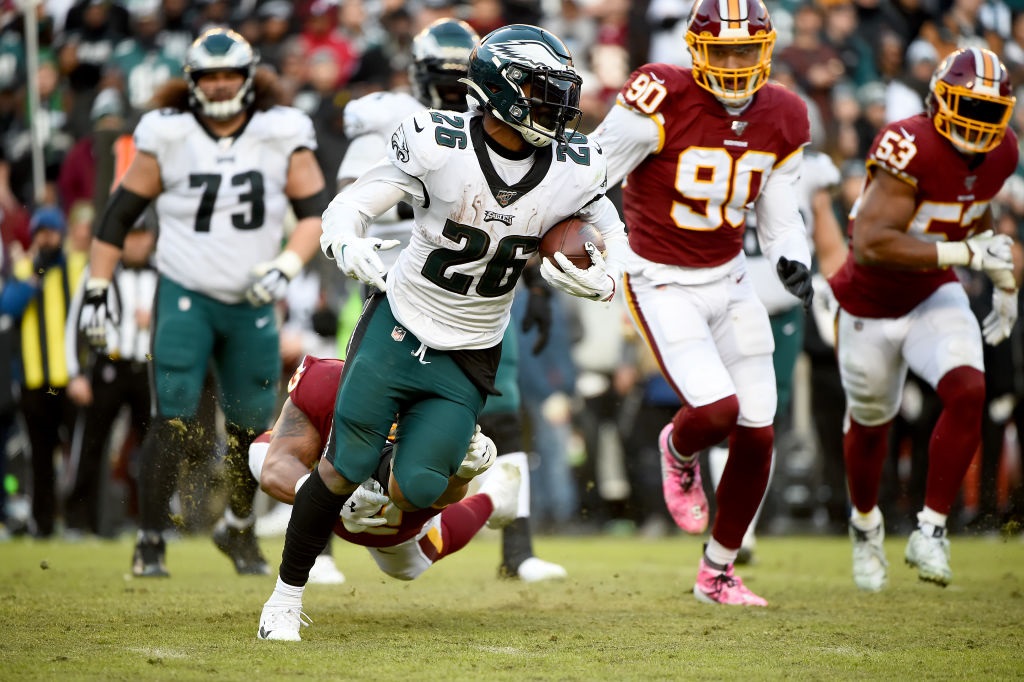 On Friday afternoon, I put myself through another fun, but stressful period of draft chaos, executing three mock drafts at the same time (12 teams/PPR scoring) — while holding the No. 11 pick in each drill.

b) I wasn’t permitted to ‘queue’ up any players in advance. The reasoning: Amid this brain-rattling torrent of being on the clock multiple times inside 30 seconds … Pressure makes diamonds.

c) I followed the self-imposed mandate to draft only running backs in the first two rounds … even if the likes of Michael Thomas, Chris Godwin, Davante Adams, DeAndre Hopkins or Travis Kelce were still there for the taking — at value.

OBSERVATION #1
All three drafts share a common thread: None of the selected teams feature a pairing of my QB1 (Matthew Stafford or Josh Allen) … and the No. 1 receiver, No. 2 receiver or No. 1 tight end.

Was that my plan, entering Friday’s exercise? Absolutely not.

We merely adjusted to the opportunity of thrice snagging A.J. Brown (BATSBY Sports’ No. 12 PPR wideout) in Round 3, and then choosing between Cooper Kupp (No. 14 PPR wideout) and JuJu Smith-Schuster (No. 15) at each turn of Round 4.

Plus, Kupp was the only NFL wideout to score at least one touchdown for Weeks 13-17 last season.

And yet, Kupp was there for the taking around pick 40 each time on Friday. Weird.

OBSERVATION #2
Last summer, I took social-media flak for minimizing Josh Jacobs’ Year 1 potential with the Raiders, believing his Alabama teammate Damien Harris might have been placed into a better backfield situation (Patriots).

OBSERVATION #3
Kenyan Drake destroyed the Cardinals depth chart last year (in a good way), after the mid-season trade from Miami, averaging 102 total yards and one touchdown in his final eight outings with Arizona.

Does that make Drake a coveted pick at the top of Round 2? On the surface, perhaps not.

So, what put the Alabama product ahead of pack of Tier 2 tailbacks?

a) In the Cardinals’ final three games, Drake exploded for 413 total yards and seven touchdowns.

b) Charting his brief time with Arizona, Drake notched four or more receiving targets six times; and during this eight-game span, the speedster produced a sterling catch-to-target rate of 80 percent.

c) The Cardinals averaged 24 points after trading for Drake; and that figure should incur another bump forward in 2020, with the maturation of quarterback Kyler Murray (4,166 total yards, 24 TDs as a rookie) and addition of blue-chip wideout DeAndre Hopkins (averaged 105 catches, 162 targets, 1,371 yards, 10.3 TDs with Houston from 2017-19).

It’s certainly a legitimate question for a guy who cobbled together just one outing of double-digit targets and two games of six-plus catches season (rookie campaign).

OBSERVATION #5
If given the choice, I’d bet on Team C possessing the greatest championship odds in a highly competitive 12-team league. Here’s why:

*****Tailbacks Miles Sanders and Austin Ekeler should be easy bets for 1,500-plus total yards and/or double-digit touchdowns, the result of having so-so competition within their own backfields.

****New Jets receiver Breshad Perriman undoubtedly carried a number of fantasy teams to the semifinal and championship rounds last season (then with the Buccaneers), thanks to a spectacular finishing kick which yielded per-game averages of five catches, 7.4 targets, 121 yards and one touchdown (Weeks 13-17).

Among his position mates last year, Ekeler finished second in catches (92), second in targets (108), seventh in scrimmage yards (1,550) and eighth in total touchdowns (11); and keep in mind, the Western State product was in a time-share situation with Melvin Gordon during the second half of the season.

OBSERVATION #7
Last year, Lions quarterback Matthew Stafford was on pace for 4,998 yards passing and 38 touchdowns … before going down with a serious-but-not-surgery-worthy back ailment.

Here are two other nuggets worth celebrating:

****In 2019, Stafford posted the third-highest average of fantasy points among quarterbacks (25.9 per game).

Otherwise, the University of Georgia product might have been a strong candidate for Rounds 5-7.

****For his brief time in the NFL, Michel has quickly emerged as a reasonable lock for 975 total yards and seven touchdowns; and don’t forget, he found the end zone six times during the Patriots’ championship run in the 2018 playoffs.

****Check this out: Charting his 14 career outings of 18-plus touches, Michel has cracked the threshold of 100 total yards and/or one touchdown 11 times; and for these targeted outings, the third-year back enjoyed rock-solid averages of 97 total yards and 0.8 TDs.

Bottom line: Michel would be an absolute heist for Rounds 13-16. Regardless of scoring rules.

It’s also worth noting: None of the five strong outings included Ben Roethlisberger as the Steelers’ starting quarterback.

****Regarding their respective Year 2 seasons with the Steelers (2011 and 2018), Antonio Brown and JuJu Smith-Schuster owned stellar averages of 90 catches, 1,272 yards and 4.5 touchdowns.

****From 2014-18, Roethlisberger averaged 4,418 yards passing and 30 total touchdowns. With his new and improved elbow (via surgery), Ben Ben might have another two or three seasons of high-level passing in the Steelers’ aggressive offense.

Here’s another reason to prioritize Bridgewater in the final round:

Assistant coach Joe Brady, who led LSU’s offense to the most prolific numbers in college football history last season (coinciding with a national championship), takes over the play-calling reins in Carolina; and as luck would have it, Bridgewater already has experience with Brady’s relentless vertical thinking — since they were both with the Saints in 2018.

PrevPreviousFANTASY FOOTBALL: 13 preferred ‘sleeper’ candidates to target in Round 9 or higher
NextPPR SPECTACULAR, PART I: How to dominate your fantasy football draft … while flying blind during AugustNext