FANTASY FOOTBALL: 13 preferred ‘sleeper’ candidates to target in Round 9 or higher 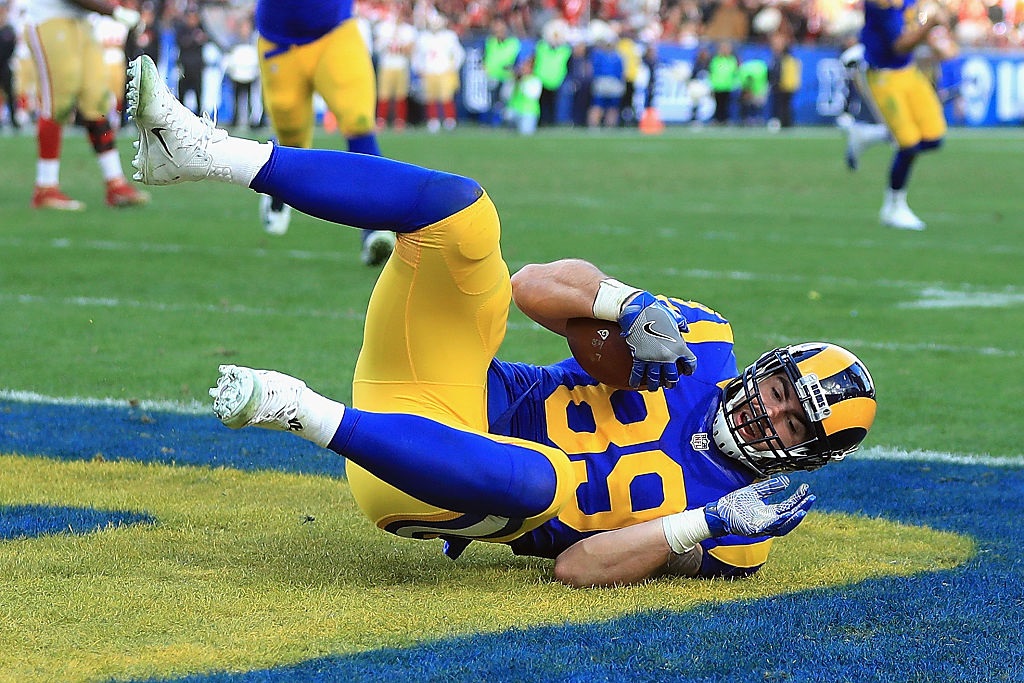 BATSBY Sports has identified 13 ideal sleeper candidates for the 2020 fantasy season (PPR scoring), with each player likely lasting until the beginning of Round 9 (or pick 85 in 12-team leagues).

It’s also worth noting: This column will solely be devoted to veteran assets; and if you’re looking for a rookie player to cover in the mid-to-late rounds … the line starts with Broncos wideout Jerry Jeudy, who should be a top-25 draftee this time next year.

REASONS TO SNAG JOHNSON IN THE MIDDLE ROUNDS

a) Of the five games in which Johnson found the end zone last year, the rookie stealthily averaged 5.6 catches, 7.2 targets, 71 yards and one touchdown.

b) It’s worth noting: None of the five strong outings (listed above) included Ben Roethlisberger as the Steelers’ starting quarterback.

d) Regarding their respective Year 2 seasons with the Steelers (2011 and 2018), Antonio Brown and JuJu Smith-Schuster owned stellar averages of 90 catches, 1,272 yards and 4.5 touchdowns.

e) From 2014-18, Roethlisberger averaged 4,418 yards passing and 30 total touchdowns. With his new and improved elbow (via surgery), Ben Ben might have another two or three seasons of high-level passing in the Steelers’ aggressive offense.

a) Charting his two pro seasons, Lindsay eclipsed the marks of 1,200 total yards and seven touchdowns each time.

b) An undrafted free agent coming out of college, Lindsay should have zero difficulty adjusting to the time-share situation with Melvin Gordon. The Colorado alum essentially had been splitting time with Royce Freeman the last two campaigns.

c) Of the 14 times Lindsay has tallied 100 total yards and/or one touchdown, the Broncos speedster registered 20 or more touches only four times.

d) Lindsay represents one of the five best handcuff situations among fantasy backs. In other words, if you grab Gordon sometime in Round 4 or 5 … please invest in Lindsay four or five rounds after that.

REASONS TO PRIORITIZE HIGBEE AS A TE1

a) It’s smart to ignore Higbee’s so-so numbers listed above; the 27-year-old warrants mid-round attention for the following reason … and it’s a big one:

And yet, Rob Gronkowski will likely go higher in most PPR drafts this summer. Go figure.

c) Of the NFL’s eight worst defenses against tight ends last year, in terms of touchdowns surrendered, Higbee and the Rams will encounter six of the clubs in 2020 (Dolphins, Redskins, Buccaneers, Giants, Cardinals twice).

REASONS TO CORRAL JONES BEFORE ROUND 10

In fact, when extrapolating Jones’ numbers to a full 16-game campaign, it shakes out to 77 catches, 112 targets, 958 yards and 11 touchdowns.

b) Here’s something consistent: In his final 12 games last year, Jones tallied at least five targets each time.

REASONS TO PATIENTLY WAIT ON ALLEN AND BROWN

a) Ignore the lightning-fast Brown at your own peril in the middle rounds, even with the additional presence of Stefon Diggs (traded from the Vikings).

Last year, Brown was one of only 20 wideouts to post eight games of eight-plus targets … and seven outings of seven catches, 95 yards and/or one touchdown.

b) Allen established himself as an annual candidate for 3,000 yards passing, 500 yards rushing and 27-plus touchdowns last season; and factoring in his yearly average of 8.5 rushing touchdowns, the Wyoming product warrants a higher draft grade than high-end quarterbacks with largely passing prowess.

And yet, Allen should be available after the second wave of drafted quarterbacks.

REASONS TO COVET STAFFORD AS A QB1

a) Last year, Stafford was on pace for 4,998 yards passing and 38 touchdowns … before going down with a serious-but-not-surgery-worthy back ailment.

b) The Lions are blessed with high-upside playmakers at the tailback (D’Andre Swift, Kerryon Johnson), receiver (Kenny Golladay, Marvin Jones) and tight end slots (T.J. Hockenson). Plus, Stafford has quickly bought into the aggressive schemes of offensive coordinator Darrell Bevell.

REASONS TO MONITOR MICHEL THIS SUMMER

a) Michel (foot injury) has been on the PUP list since the beginning of training camp. Otherwise, the University of Georgia product would have been a strong candidate for Rounds 5-7. (Take advantage of this opportunity.)

b) For his brief time in the NFL, Michel has quickly emerged as a reasonable lock for 975 total yards and seven touchdowns; and don’t forget, he found the end zone six times during the Patriots’ championship run in the 2018 playoffs.

c) Check this out: Charting his 14 career outings of 18-plus touches, Michel has cracked the threshold of 100 total yards and/or one touchdown 11 times; and for these targeted outings, the third-year back enjoyed rock-solid averages of 97 total yards and 0.8 TDs.

d) There isn’t much fear of Damien Harris or Rex Burkhead supplanting a healthy Michel in the Patriots’ lineup.

Just like we’re not worried about James White (primarily a pass-catching threat) cutting into Michel’s touches.

Put it all together, and it makes perfect sense to take a Round 14 flier on Michel — as either a RB5 or RB6.

REASONS TO PAIR JONES WITH SHEPARD

REASONS TO PRIORITIZE PERRIMAN LATE IN THE PROCESS

a) Perriman likely carried a number of fantasy teams to the semifinal and championship rounds last season, thanks to a spectacular finishing kick which yielded per-game averages of five catches, 7.4 targets, 121 yards and one touchdown (Weeks 13-17).

Did it help that Mike Evans had been sidelined to injury, and that quarterback Jameis Winston was riding a notorious hot streak? Sure.

But we also believe in Perriman’s physical talents, along with his mental acuity in handling the high-profile market move from Tampa Bay to New York/New Jersey.

b) Training camp reports can be deceiving. That said, Jets QB Sam Darnold has already developed a good rapport with Perriman, praising the fifth-year pro for his route-running ability and general explosion off the line of scrimmage.

REASONS TO SELECT GESICKI AS A TE2

The great flurry came under the direction of Ryan Fitzpatrick, who will likely remain the Dolphins’ starting quarterback for September and October.

REASONS TO GRAB BRIDGEWATER LATE IN THE DRAFT

b) Joe Brady, who led LSU’s offense to the most prolific numbers in college football history last season (coinciding with a national championship), takes over the play-calling reins in Carolina; and as luck would have it, Bridgewater already has experience with Brady’s relentless vertical thinking — since they were both with the Saints in 2018.