FANTASY FOOTBALL: 4 quick remedies for shaking the ‘0-2 Blues’ with your fantasy team 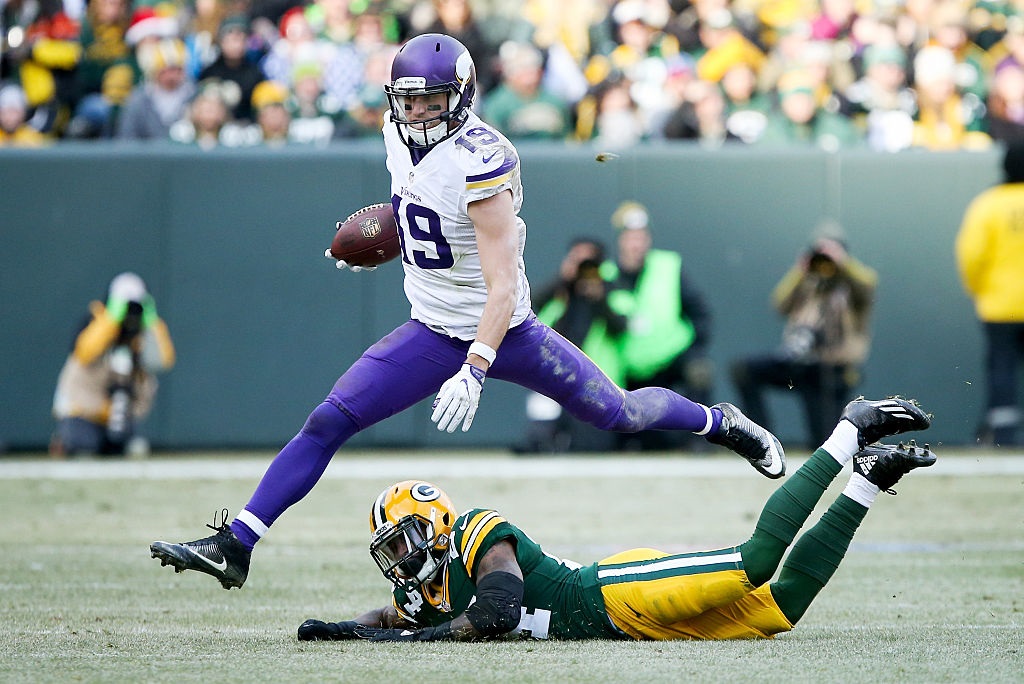 Whether you’ve incurred two gut-wrenching defeats, or served as cannon fodder for a pair of seismic blowouts, there’s a singular shame that goes with starting a season at 0-2.

In a roundabout way, it’s the fantasy equivalent of walking around with a Scarlet Letter adorned to your favorite NFL jersey.

But rest easy. All hope is not lost for the momentarily downtrodden, provided they can accept the grim reality that, in highly competitive 12- 14- or 16-team leagues, an 0-3 club faces prohibitively long odds of winning a championship.

So let’s roll up our sleeves and focus on four quick and easy methods for Shaking The 0-2 Blues, while preserving the obvious goal of earning a much-needed victory in Week 3:

IDEA #1: TRADE YOUR HIGH-END BACKUP QUARTERBACK TO A CONTENDING CLUB

Did you stay awake for that classic Sunday-night battle between the Patriots and Seahawks?

Cam Newton insanely racked up 454 total yards (397 passing) and three touchdowns … and Score #4 might have occurred in due time, if New England had one more play to execute around the goal line. (Seattle held on for a scintillating 35-30 victory.)

Absurd numbers aside, there’s a decent chance that Newton didn’t earn a start in your Week 2 lineup, given the anticipated difficulty of encountering the Seahawks on the road.

What’s more, the odds are even higher that Newton wasn’t your QB1 on Draft Night, the result of an Average Draft Position slot of 114th overall (10th round).

You know who else had a low ADP just a few weeks ago? Buffalo’s Josh Allen … who currently leads all quarterbacks in fantasy points (74 — according to FFToday.com). Back in late August, Allen had a 9th-round ADP.

Which brings us to the present …

For everyone else, it’s dilemma time for your 0-2 squad.

Especially with Newton resembling his 2015 self (NFL MVP campaign), and Allen possessing a bazooka for a throwing arm … which is perfect for deep-ball threats Stefon Diggs and John Brown (combined seasonal numbers: 26 catches, 391 yards, 3 TDs).

GET ‘EM WHILE THEY’RE HOT: Top 30 waiver-wire pickups for Week 3
ACT NOW: 7 buy-low fantasy assets to acquire as soon as possible
SHAKING THE 0-2 BLUES: 4 remedies for enhancing your winless roster

TAKE #2: DANGLE YOUR TAILBACK DEPTH TO THE OWNERS OF SAQUON BARKLEY AND/OR CHRISTIAN MCCAFFREY

In my Yahoo league (12 teams), I’m blessed with great depth at the running back spot — Dalvin Cook, Miles Sanders, Joe Mixon, Raheem Mostert (might miss a game or two to injury), Alexander Mattison, Devin Singletary and Jaguars rookie James “Sugar” Robinson, who rolled for 120 total yards and one score against the Titans in Week 2.

Even with the Mostert injury, I’m still in position to beat all comers, if/when the owners for Barkley or McCaffrey attempt to cover that giant hole at the ‘RB’ slot.

For those with similarly stellar depth at running back, but currently bearing the shame of an 0-2 start, this seems like the perfect time to fortify your quarterback or receivers, via trade — perhaps in the form of a 2-for-2, 3-for-2 or 3-for-1 swap.

So, get cracking! Find out the best way to communicate with Barkley or McCaffrey’s owner, and initiate an actual discussion for what they’re seeking.

Don’t just blindly send a trade offer, and then hope for the best. Open up real dialogue, thus setting yourself apart from the other owners.

Here’s another twist on the above take: For those with a 2-0 or 1-1 record, but also sporting a high Points For quotient after two weeks, this may be your chance to trade for Christian McCaffrey on the relative cheap. If such a premise even exists.

The medical experts speculate it’s a 4-6-week ankle injury; but would you really be surprised if the Energizer Bunny-like McCaffrey (16 straight games of 100 total yards and/or one touchdown) returns in full by Week 6?

Two weeks of NFL action represents a decent sample size for gauging which quarterback-wideout relationships might be less fruitful than originally expected back in August.

a) Beckham had a strong outing against the Bengals on Thursday, catching four balls for 74 yards and one touchdown. However, OBJ collected only six targets on a night when the Browns scored 35 points.

You know, the kind of numbers Beckham amassed with surprising ease, when playing for the Giants.

In that vein, why not sell reasonably high on Beckham this week, if it’ll lead to fortifying your starters at quarterback, tailback or tight end?

b) The Bears are a perfect 2-0, and quarterback Mitchell Trubisky has a 5/2 touchdown-to-interception rate; and yet, the early numbers for Allen Robinson and Anthony Miller have been underwhelming.

For example, Robinson corralled only 3 of 9 targets against the Giants; but this pedestrian effort was still light-years ahead of Miller (zero catches on three targets).

Was this a one-game abberration for both wideouts?

Or does it portend a number of awkward weekends during October and November, when bemused fantasy owners are hesitant to start Robinson or Miller against quality defenses?

Thankfully, this shouldn’t be an issue this weekend, with the Bears taking on the Falcons (NFL’s worst scoring defense).

c) Thielen has a catch-to-target rate slightly above 50 percent, along with two touchdowns, but we’re already seeing a head-scratching trend with the offense:

Until Bisi Johnson or rookie Jordan Jefferson can emerge as viable WR2/WR3 threats, Thielen will likely draw more double-teams than previous years; and this could lead to a lot of inconsistent Sundays on the fantasy scale.

The good news here: The Vikings defense has surrendered averages of 35.5 points over the first two games, which should lead to a plethora of target opportunities for Thielen.

But man, that’s still a tough pill to swallow at 12:54 p.m. on NFL Sundays. The fears of Thielen regularly tallying 14 targets … but only six catches for 65 yards seem real.

IDEA #4: REPLACE A KICKER OR DEFENSE ON YOUR ROSTER

And after that, only Mason Crosby (Packers) and Daniel Carlson (Raiders) are averaging double-digit points heading into Week 3.

The message here: Minus few exceptions, kickers are dime-a-dozen assets in the fantasy realm, so don’t be afraid to shake things up early in the game.

For instance, the rookie Blankenship (Colts) and Koo (Falcons) largely went undrafted in August, meaning you could probably pick them up this Wednesday for a minimal investment.

The same holds true for Cardinals kicker Zane Gonzalez. Last season, Gonzalez quietly posted 10 games of multiple field goals made; and this year, the Arizona offense is already off to a flying start, suggesting Gonzalez might get 15-20 percent more PAT opportunities than his primary competition in the fantasy field.

It’s an early problem that doesn’t always garner a market correction later in the year.

And lastly, please don’t fall in love with a special teams grouping … unless you can identify their punt- and kick-returners within 10 seconds.