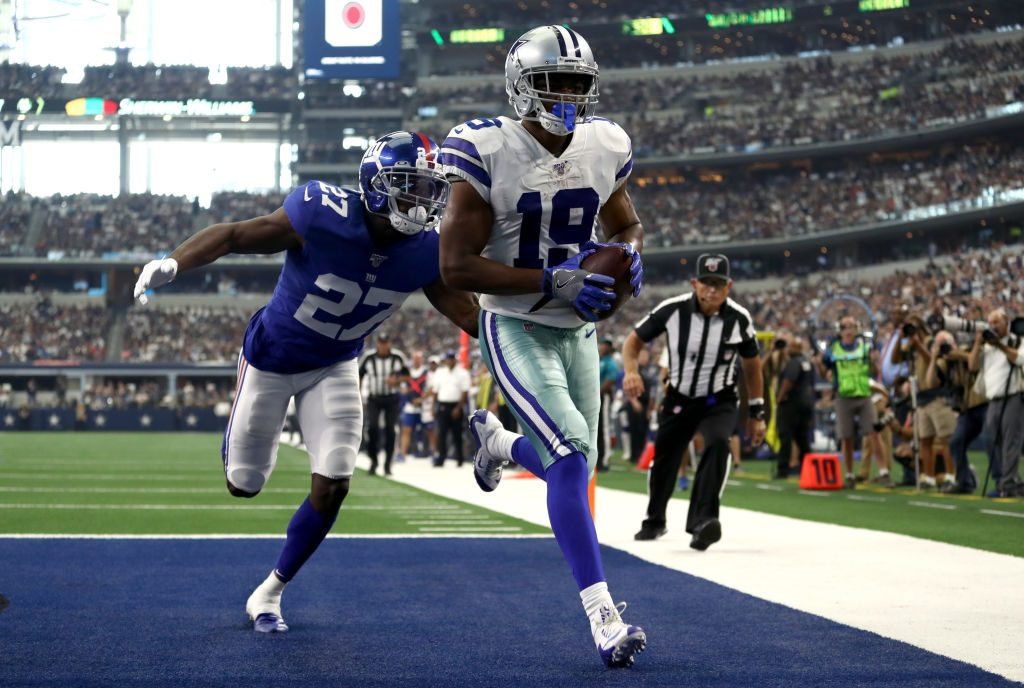 Amari Cooper has only been with the Cowboys for a full calendar year, but his impact against non-divisional foes has already been gold-certified.

Charting his seven career meetings with the NFC East — as a Dallas wideout — Cooper owns stellar averages of 6.2 catches, 107 yards and one TD; and this includes a five-catch, 31-yard clunker against the Giants last December … after the Cowboys had clinched a playoff berth.

**The Seahawks (Sunday opponent) rank in the bottom five for attempts, completions and passing yards from opposing quarterbacks.

**Winston has amassed multiple touchdowns in his last five outings; and the one, uh, clunker entailed 400 yards passing and one TD (vs. Carolina).

**Citing his eight career meetings with the NFC West, Winston has enjoyed robust per-game tallies of 299 yards passing and 2.2 touchdowns.

The hot-and-cold Eagles have been respectable in one regard with opposing receivers, holding that position to a workable catch-to-target rate of 61 percent.

But it’s a mess in other crucial categories.

This all bodes well for receiver Allen Robinson, despite the Bears currently ranking 27th in scoring.

Robinson has collected seven-plus targets in 12 straight games (including the playoffs).

For BATSBY Sports’ midseason PPP Spectacular, we pointed out how the Jaguars receivers have the most advantageous schedule for Weeks 13-16, traditionally the playoff periods for fantasy football.

However, there’s no need in waiting for the Jacksonville trio of rookie DJ Chark (five games of seven catches, 95 yards and/or one TD), Dede Westbrook (6 catches, 103 yards in Week 7) and Chris Conley (averaging 3.5 catches, 7.5 targets, 93 yards, 0.5 TDs in his last two games) to emerge as fantasy gold.

With the Bengals on bye this week, the Chiefs shall assume the short-term mantle of being the fantasy world’s worst defense versus opposing tailbacks.

**Through eight games, Kansas City has yielded 4.9 yards per carry.

**Vikings tailback Dalvin Cook (Sunday’s opponent) has reached the elite-level threshold of 130 total yards and/or one touchdown in all eight games this season.