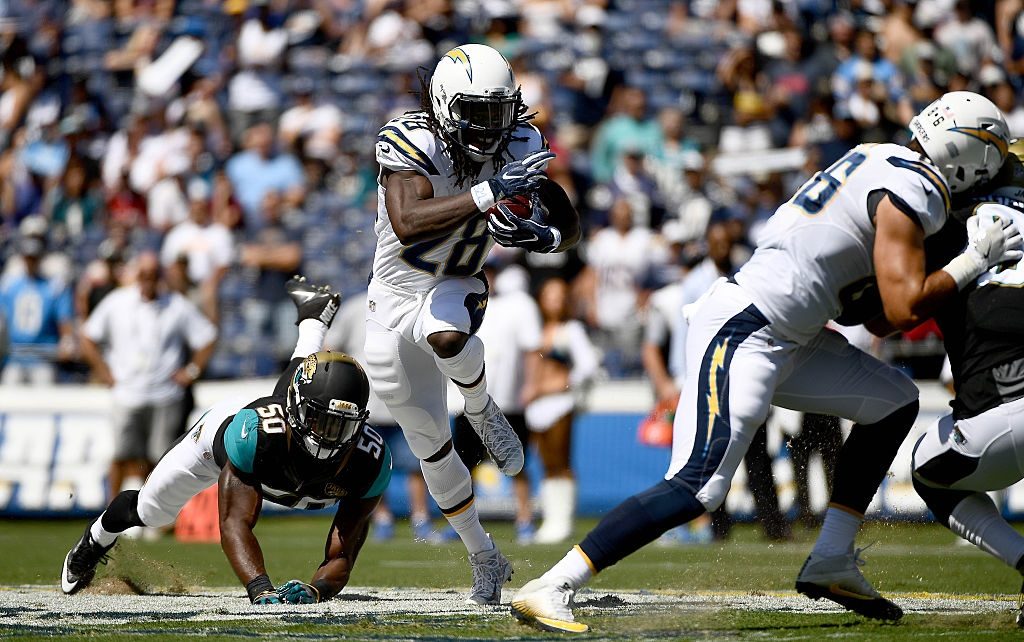 As a member of roughly 114 fantasy leagues over the last 15 years, I cannot recall an 0-3 club ever the Fantasy Bowl — regardless if four, six or eight teams qualified for the playoffs.

So, if you’re sitting at 0-2 but realistically harboring thoughts of a championship … welcome to your first must-win week of 2019!

The pressure to win notwithstanding, this is certainly not a time to panic during trade discussions.

For starters, there’s no need for a fire sale involving Saquon Barkley, Nick Chubb, Michael Thomas, Travis Kelce or any of the Cowboys’ Big Three (Dak Prescott, Ezekiel Elliott, Amari Cooper); and this is certainly not the proper time to abandon ship on Stefon Diggs, Jared Goff, Joe Mixon or JuJu Smith-Schuster.

To combat any needless freakouts or impromptu acts of desperation, we’ve compiled a list of simple rules to eradicate The 0-2 Blues:

To clarify, we’re not endorsing a fire sale with Ross.

Even if A.J. Green (ankle) returns to the field by Week 6, the Bengals’ revamped offense should still have plenty of targets for Green, Ross and Tyler Boyd each gameday — similar to how the Rams appeased Brandin Cooks, Cooper Kupp and Robert Woods last year.

This should be music to fantasy owners’ ears, knowing the Bengals defense cannot stop anyone right now; and with early deficits … comes a high volume of passing-needy downs.

RULE #2 — Study the rosters of your fellow winless owners

Not all 0-2 clubs are created equal.

For my highly competitive hometown-friends league (14 teams), I currently rank 5th in overall points; and both defeats had a margin of less than six points.

In fact, had the game officials not overturned Cooper Kupp’s touchdown against the Saints in Week 2, Kupp’s catch-run-score combination would have been enough to clinch victory in the head-to-head matchup.

But we all know the drill: Even in a fantasy world, sometimes life isn’t fair.

Back to our original point:

a) If any 1-1 or 0-2 team had/has Drew Brees (thumb surgery, out 4-6 weeks), Ben Roethlisberger (elbow injury, done for the season), Sam Darnold (contracted mono, could return by Week 5 or 6) or Cam Newton (could miss time with a foot injury), use your own depth at quarterback (Matt Ryan, Matthew Stafford, Lamar Jackson, Josh Allen, Deshaun Watson, etc.) to foster a strong 1-for-1 trade, involving starting-caliber running backs or receivers.

b) If you’re willing to trade a superstar early, for the sake of getting two or three starters in return, don’t assume the best offers will come from teams high in the standings.

Rather, the best trade partner might involve an owner who’s similarly wallowing in misery at this point. They’re pleased with the overall depth … but also in need of a big-time talent to crack the win column.

RULE #3 — Hold public auctions for all superstars available in trade

I’m always blown away by fantasy owners who hold private, exclusive chats with other teams for game-changing talents.

Don’t let Owner B determine the pace and tone of star-addled discussions. Instead, send out a single to every other club, letting them know of a star’s availability — along with a deadline for trade submissions.

Which brings us back to one of the time-tested sayings with fantasy trades:

When you have the hammer (in this case, a star like Julio Jones) … use it!

Three weeks ago, Gordon owners would have been wise to acquire Ekeler for relative dimes on the trade dollar, believing that Gordon (three-year average: 1,443 total yards, 13 TDs) would become the Chargers’ starter by Week 4 or 5.

Fast forward to the present: Ekeler (12 catches, 287 total yards, 4 TDs) currently ranks as the No. 1 PPR tailback in fantasy.

So, why drop him back to a submissive role as the No. 2 back in a few weeks, if Gordon (prospective free agent in 2020) isn’t part of the Chargers’ building plan after this season?

That said, Gordon owners still have some leverage to : If Ekeler’s owners are only interested in doling out low-ball offers, then feel free to make a public-auction plea to everyone else for Gordon — once his return has a specific target date.

This should motivate Ekeler’s owners to secure the Chargers handcuff at tailback, sooner than later.

It may not be the sexiest move, but savvy trading always comes back to the No. 1 rule of fantasy:

You can never have enough quality running backs.

RULE #6 — Replace a kicker and/or defense on your roster

Two weeks hardly registers as a significant sample size for judging quarterbacks, tailbacks, receivers or tight ends; but it can be sufficient when evaluating kickers and defenses.

Scared to take a flier on the Jets or Buccaneers, currently the fourth- and sixth-ranked fantasy defenses in most leagues?

You shouldn’t be with Arizona, which currently ranks 31st in red-zone scoring efficiency.

As for defenses, be leery of high-profile units that aren’t registering sacks (Broncos, Cowboys, Eagles, Chargers) or creating takeaways (Jaguars, Browns, Redskins); and don’t fall in love with a popular club’s special teams … if you cannot identify their punt- or kick-returners within 10 seconds.

Name-brand familiarity goes a long way in this category, although it’s worth mentioning that no NFL squad recorded a kick- or punt-return touchdown through two weeks of action.

PrevPreviousGOOD BEATS: 15 money-line picks for the College Football, NFL weekend (Sept. 20-23)
NextNFL: The ‘You Are Looking Live!’ preview for Week 3Next