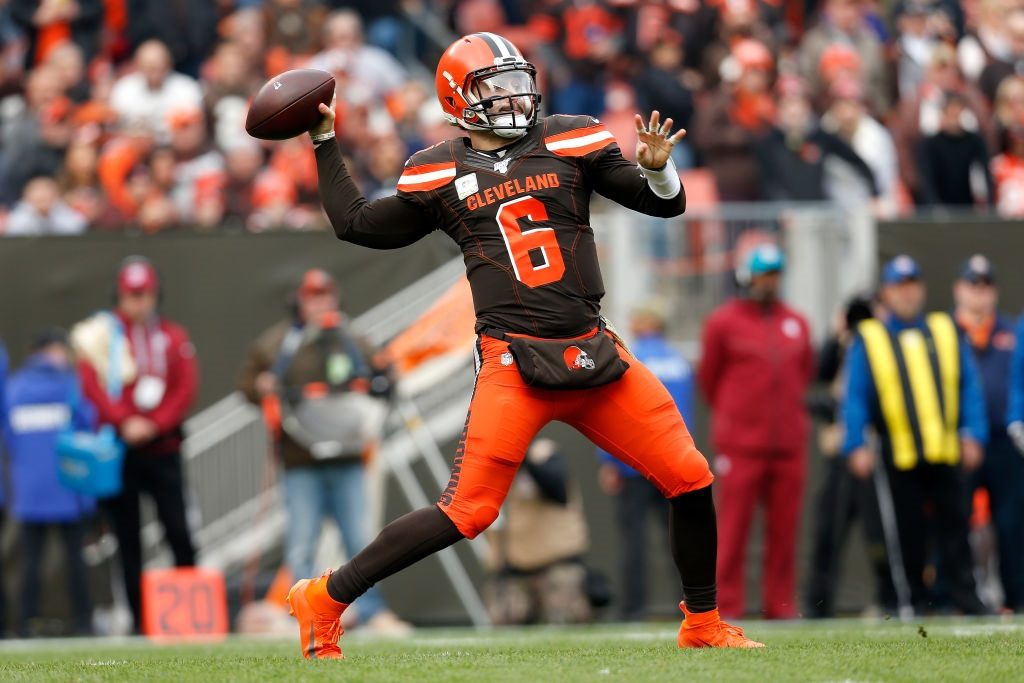 a) It’s OK to laugh upon viewing Barkley’s name here, since he was the No. 1 overall pick in the vast majority of PPR drafts.

For any other year, he’d be an absolute untouchable on the trade market.

However, given Barkley’s injury issue midway through the season (sidelined three weeks), there’s a good chance his owners could be struggling just to make the playoffs.

So, what’s the harm in pursuing Saquon’s services for late November/all of December, if Owner B internally feels obliged to consider a major deal?

Answer: There is none.

b) Let’s take the positives from Barkley’s numbers since incurring a high-ankle sprain in September, averaging 97 total yards and 0.5 TDs for Weeks 7-10:

**If you have starter-worthy depth at running back or receiver, Owner B might strongly consider giving up Barkely in a 2-for-1 or 3-for-2 blockbuster.

(But please don’t offend him/her with a tepid proposal right off the bat. They might be willing to cut you out of trade talks altogether, out of spite.)

**The above rings especially true, since the Giants have a poorly timed bye for Week 11.

In other words, owners would get next-to-nothing value from Barkley for Weeks 3-6 and 11; and they might not have enough current clout, record-wise, to assume the playoffs are a lock.

**Barkley has averaged 21.5 touches over the last four games, suggesting the bottom-feeding Giants (2-8 overall) won’t be shutting their superstar down in December.

**The Giants have an attractive slate for Weeks 13-16, drawing the Packers, Eagles, Dolphins and Redskins for the playoffs.

In fact, can you imagine having Barkley in your corner for Fantasy Championship Weekend (Week 16), knowing the Penn State alum averaged 154 total yards and 0.5 TDs against Washington last year?

a) Mayfield (only two games of multiple TDs) and Beckham (only two outings of 16-plus PPR points) have been profoundly disappointing to date, falling wayyyyyy short, value-wise, of their Average Draft Position slots from August.

But it’s no reason to throw in the towel just yet, thanks to an upcoming schedule that’s ripe with eminently beatable defenses.

The Steelers clashes for Weeks 11 and 13 could be rough, but check out the remaining slate through Christmas:

b) If you already own/stash Mayfield, it might be difficult for Owner B to surrender Beckham in a trade, especially if they’re aware of Cleveland’s doable December schedule (along with the main message from this article).

However, if the reverse holds true … it should be easy to acquire Mayfield right before the trade deadline.

In fact, there’s a decent chance he’s already on waivers — the unfortunate result of being a poor man’s Derek Carr in 2019.

a) I loathe myself for taking Mixon in Round 2 of my homeboys league (14-team PPR), naively believing the Oklahoma product would improve upon his sparkling 2018 campaign of 1,464 total yards and nine touchdowns.

(In hindsight, Count Chocula’s Henchmen could have landed Chris Carson, Travis Kelce, Leonard Fournette, Mike Evans or Patrick Mahomes with that Round 2 choice.)

Instead, we’ll be lucky if Mixon eclipses 1,000 total yards and five touchdowns in Year 1 of Zac Taylor’s offensive implementation in Cincinnati.

On this track with Mixon, we’re talking 4th- or 5th-round value with 14-team leagues.

b) On the plus side, Mixon has accounted for 100 total yards and/or one touchdown in four of his last five outings, indicating the Cincy coaches are finally finding comfort with Mixon-related play-calling.

And check this out: Mixon has top-15 potential over the next six weeks, among running backs, thanks to a super-friendly slate of the Raiders, Steelers, Jets, Browns, Patriots (OK, that might be tough) and Dolphins.

a) With a seven-game average of 338 yards passing and 2.1 touchdowns, you’d think fantasy owners would be resistant to trading Winston — short of a major haul in return — even from those stashing him purely for sport.

But the quarterback’s weekly capacity for multiple turnovers can be unsettling, especially with leagues that deduct two points for interceptions.

In other words, this seems like a great time to pounce on any Winston acquisition.

b) With the Midwest and East Coast experiencing uncommonly early snowfall this week, fantasy owners should place a high value on ideal-weather settings for November/December.

Case in point: With home games against the Saints, Colts, Texans and three climate-controlled outings on the road (@ Atlanta, @ Jacksonville, @ Detroit), Winston has the potential for 350 yards and multiple touchdowns every week.

a) There’s a decent chance that Hockenson (zero TDs in his last five games) could be on waivers right now; so if that’s the case, prioritize him in free agency.

b) On paper, the Lions and Jaguars have the friendliest schedules down the stretch, relative to handling tight ends.

But since Jacksonville has been decimated by injuries at this position … the favored-sleeper status falls to Hockenson.

c) Without a doubt, Hockenson (top-10 pick in the 2019 NFL Draft) has fallen considerably short of fantasy expectations to date, even factoring in his six-catch, 131-yard, one-TD explosion in Week 1.

However, that’s kind of our point here: Hockenson crushed a Cardinals team that’s consistently lousy against tight ends … and he’ll face a slew of susceptible defenses in the coming weeks. Such as:

a) Shoulder and neck issues could possibly bring Westbrook’s pre-deadline trade value down a bit, since certain fantasy owners may be desperate for victory this week.

All the more reason to chase Westbrook sooner than later.

b) Here’s another reason why Westbrook can be had for pennies on the trade dollar: The lightning-fast, but enigmatic talent hasn’t found the end zone since Week 1.

d) As determined in the Midseason PPR Spectacular, the Jaguars have the friendliest schedule among quality wideouts for Weeks 13-16, otherwise known as the fantasy playoffs.