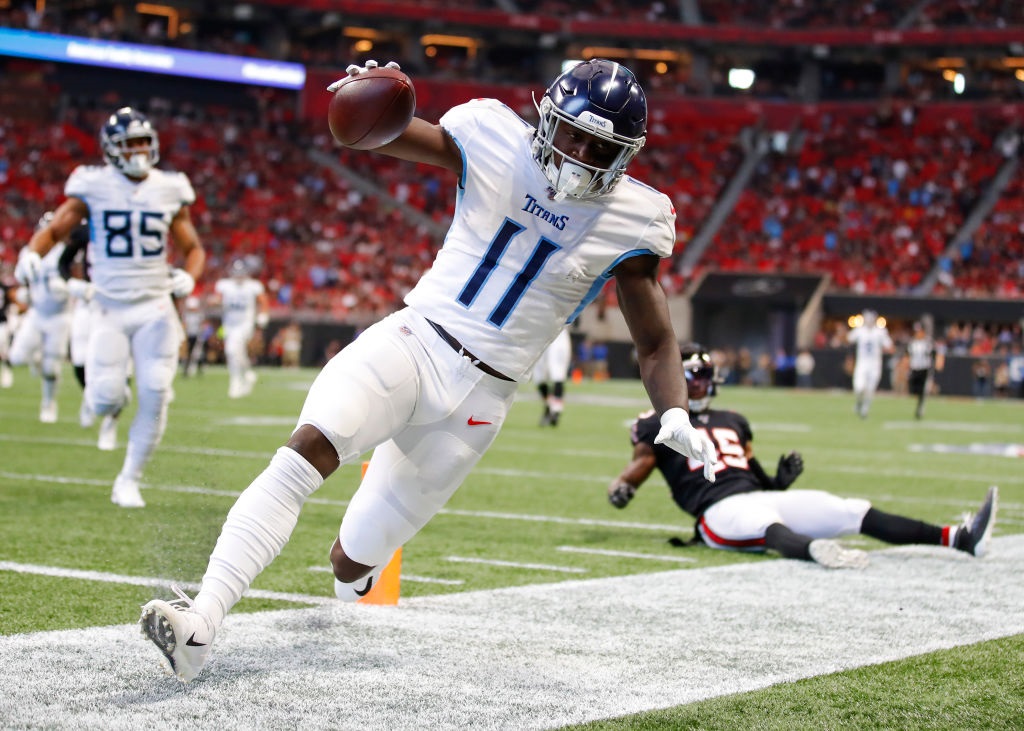 On Friday afternoon, I put myself through another fun, but stressful period of draft chaos, executing three mock drafts at the same time (12 teams/PPR scoring) — while holding the No. 4 pick in each drill.

b) I wasn’t permitted to ‘queue’ up any players in advance. The reasoning: Amid this brain-rattling torrent of being on the clock multiple times inside 30 seconds … Pressure makes diamonds.

In 2019, McCaffrey established a new single-season record for tailbacks (116 catches) and notched 14 different outings of 130 total yards and/or one touchdown.

OBSERVATION #2
In case you’re wondering … Saquon Barkley and Alvin Kamara were the only other top-3 assets selected in the three drafts (mixed orders).

Here’s the mild downside of the above occurrence:

KAMARA
The University of Tennessee product incurred a seismic dip in touchdown production last year, plunging from 18 scores in 2018 (with Mark Ingram sharing time in the backfield) to merely six TDs in 2019.

OBSERVATION #3
In a live-bullets draft, Dalvin Cook would have been my redoubtable choice at No. 4.

However, in the spirit of mixing things up, I opted for Michael Thomas in the third mock.

I have the Florida State product at No. 2 overall (ahead of Barkley and Kamara) … but others might have Cook barely holding down the fort in Round 1.

From my perspective, there are minimal worries about Cook’s longevity or sustainability:

OBSERVATION #4
At first glance, Team C bears the look of a best-case-scenario draft:

****Thomas and Chris Godwin rate 1-2 in my PPR rankings, and the wideouts were available at 4th and 21st overall, respectively. Not bad!

Simply put, Higbee had the best finishing kick of ANY pass-catcher last season.

****Before succumbing to a year-ending injury last fall, Matthew Stafford was on pace for 4,998 yards passing and 38 touchdowns.

a) Unlike previous years, the Lions are blessed with high-upside playmakers at the tailback (D’Andre Swift, Kerryon Johnson), receiver and tight end slots.

b) The schedule-makers have apparently been very kind, since Detroit draws the vulnerable pass defenses from the AFC South (Texans, Colts, Jaguars) and NFC South (Bucs, Falcons, Saints).

OBSERVATION #5
With PPR drafts, I have a long-standing rule of selecting a cumulative total of six wideouts/running backs in the first seven rounds.

The lone exception, as demonstrated here with Team B: There’s a viable chance at securing the services of an elite quarterback (Patrick Mahomes) and tight end (Travis Kelce).

OBSERVATION #6
Titans receiver A.J. Brown has the plum assignment of WR3 with Team A; but for most PPR outfits, the expectations of greatness, among the wideout corps, would be substantially higher.

It’s certainly a legitimate question for a guy who cobbled together just one outing of double-digit targets and two games of six-plus catches last year (rookie campaign).

OBSERVATION #7
I like the overall composition of Team A … but wouldn’t necessarily recommend the above path for building the roster.

****There’s never a good time to draft tight ends (Rob Gronkowski, Jared Cook) in back-to-back rounds. It reeks of week-to-week uncertainty with starting lineups, even though Gronk and Cook are both top-12 PPR options at their position.

****Selecting Adrian Peterson in Round 12 was an uncomfortably high priority, citing two factors:

a) With Derrius Guice no longer part of Washington’s future (off-field problems), Peterson stands as the prohibitive favorite, among the club’s stable of unproven backups, to corral 15-20 carries every Sunday.

b) It’s great to have Phillip Lindsay on the roster; but with Team A, he might be nothing more than a reasonably expensive bench asset (thanks to the presence of Melvin Gordon).

This spells trouble for my Flex spot just about every week. Ugh.

c) I gleefully grabbed the Steelers (fantasy’s No. 1 defense last year) for all three mock drafts. That’s the good news!

On the down side, there were wild swings with the three selections — Rounds 10, 11 and 13.

Need to tighten up this valuation before Labor Day Week.