FANTASY FOOTBALL: A mock-draft simulation, when holding the No. 11 slot in PPR leagues 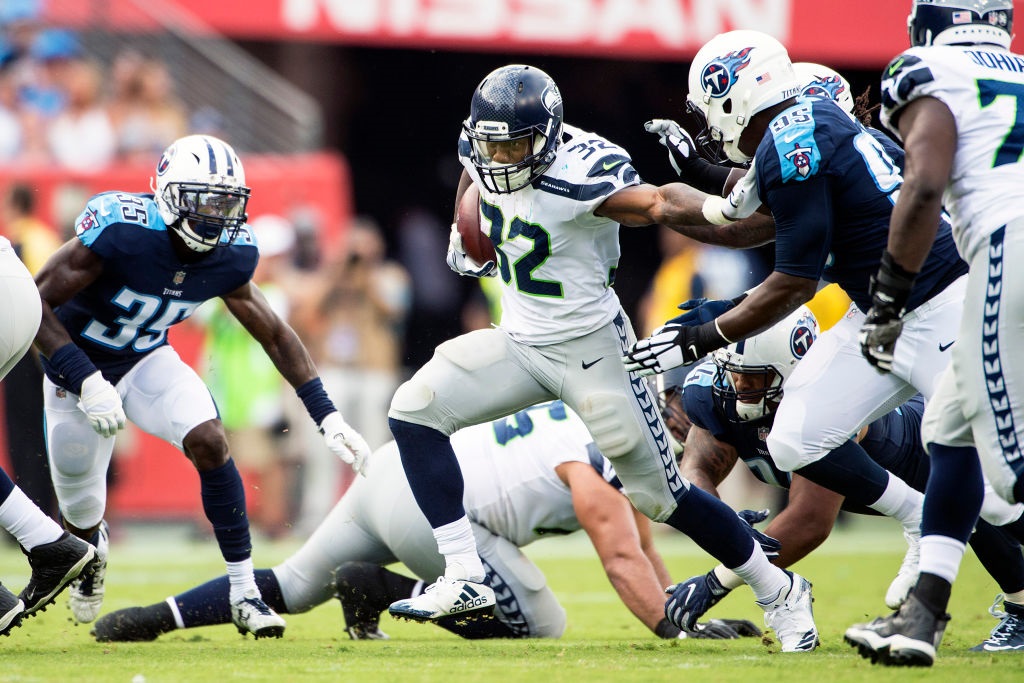 Here’s a dry run of draft expectations when holding the No. 11 slot in 12-team leagues (Points Per Reception scoring), working exclusively off an updated Average Draft Position chart from our friends at Fantasy Football Calculator.

NOTE: We made a conscious effort to land three running backs in the first four selections, essentially ignoring our ‘4-2-1’ system from previous years — a time-tested, PPR-enhanced process of grabbing four wideouts sometime in the first seven rounds.

**In his final six outings last season (including the playoffs), Jones posted supreme averages of 116 total yards and 1.5 touchdowns.

Last year, Godwin finished second overall with the majority of PPR leagues (trailing only Michael Thomas), despite ranking 11th in receptions (86), 17th in targets (120), 3rd in receiving yards (1,333) and 3rd in receiving touchdowns (9).

Put it all together, and it’ll be fascinating to see how new Bucs quarterback Tom Brady utilizes arguably the NFC’s best collection of playmakers from Day 1.

On the down side, Mostert could remain embroiled in a time-share situation, divvying carries and touches among the likes of Tevin Coleman, Jeff Wilson Jr. or Jerick McKinnon, a lightning-fast asset who’s been plagued by major injuries for back-to-back seasons.

Citing his final nine games (including the playoffs), Mostert accounted for 13 total touchdowns … without registering more than 20 carries in a single outing.

And during that prolific span, Mostert produced sublime averages of 95.4 total yards and 1.4 TDs.

a) Among tight ends last year, Waller enjoyed top-three finishes with catches (90), targets (117) and receiving yards (1,145). His catch-to-target rate of 77 percent was also among the elites at his position.

b) The odds of Waller repeating last year’s super-low tally of three touchdowns seem very unlikely. Especially since every score from 2019 occurred over consecutive games.

d) A full month has passed since the NFL’s virtual draft … and we’re still shocked by the Raiders passing on Jerry Jeudy — a Julio Jones clone who somehow fell into the Broncos’ lap midway through Round 1 — for the explosive, but eminently raw Henry Ruggs III, Jeudy’s less heralded teammate at Alabama.

RATIONALE: Fantasy pundits might have Chark (73 catches, 1,008 yards, 8 TDsd in 15 games last year) ranked ahead of Parker, given the appearance of more stability with the quarterbacking situation (Gardner Minshew’s the clear-cut starter in Jacksonville).

However, we’d argue the Dolphins will do everything in their power to assign a redshirt year to rookie QB Tua Tagovailoa, allowing him to fully mend from last year’s hip surgery and subsequently hit the ground running for 2021 — similar to how Patrick Mahomes transitioned to the starter role with the Chiefs in 2017-18.

RATIONALE: I fully expect the Broncos to endorse a time-share situation at running back, essentially granting equal time and touches to Melvin Gordon and Lindsay.

For those with short memories, Lindsay ranked in the top 15 with both rushing yards (1,011) and rushing touchdowns (7) last season.

In other words, Round 8 seems like good value for a mid-20s talent (Lindsay turns 26 in July) who has collected 20-plus touches only four times in his NFL career.

RATIONALE: Stafford’s midseason injury served as a death knell for the eminently flawed Lions, who went winless without their franchise signal-caller last season.

RATIONALE: Right now, BATSBY Sports has Alshon Jeffery ranked slightly above Shepard and Williams; but we’re not looking for a safe choice at the WR5 slot.

In a nutshell, we’re targeting youth, athleticism and depth-chart viability with the 131st selection.

Enter Williams, the mammoth-sized wideout who led the NFL in yards per catch last year (20.4), and managed to eclipse 1,000 receiving yards … without the benefit of 50 catches or three-plus touchdowns.

The only drawback: Williams must develop quick continuity with Tyrod Taylor (likely the Chargers’ first-half QB starter), before pivoting to rookie Justin Herbert, the franchise’s purported anchor for the next 10-12 years.

Jay Clemons can be reached on Twitter, day or night, at @ATL_JayClemons.