FANTASY FOOTBALL: A mock-draft simulation, when holding the No. 4 slot in PPR leagues 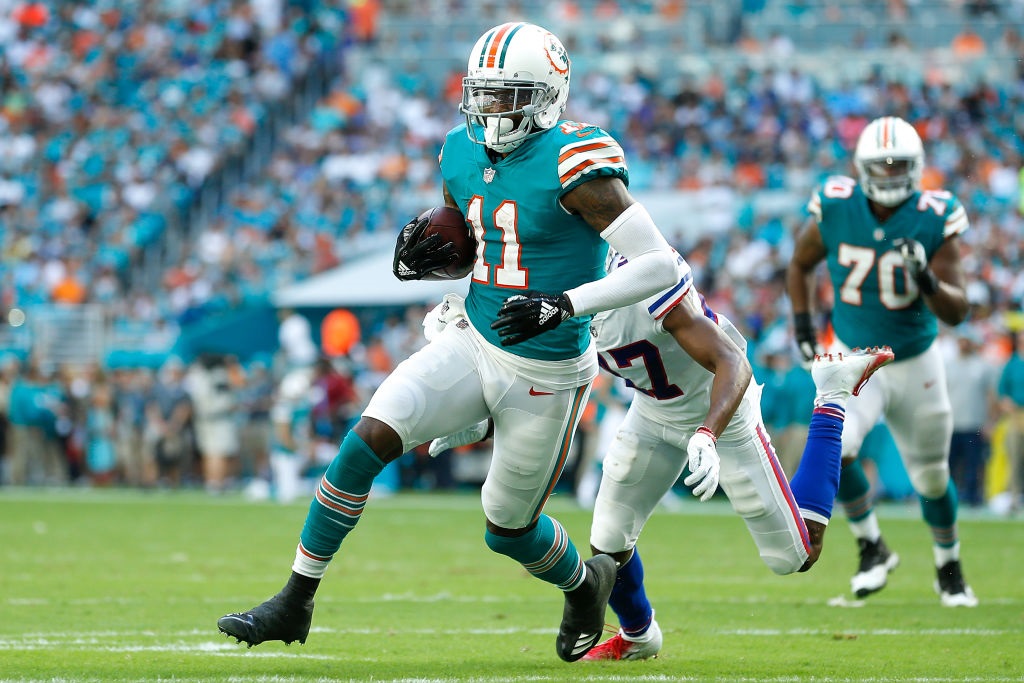 Here’s a dry run of draft expectations when holding the No. 4 slot in 12-team leagues (Points Per Reception scoring), working exclusively off an updated Average Draft Position chart from our friends at Fantasy Football Calculator.

NOTE: We made a conscious effort to land three running backs in the first four selections, essentially ignoring our ‘4-2-1’ system from previous years — a time-tested, PPR-enhanced process of grabbing four wideouts sometime in the first seven rounds.

RATIONALE: Fantasy owners can expect a variance with Cook rankings. I have the Florida State product at No. 2 overall … but others might have Dalvin barely holding down the fort in Round 1.

For me, though, there are minimal worries about Cook’s longevity or sustainability:

a) For his first 13 games in 2019, Cook reached the elite-level threshold of 110 total yards and/or one touchdown 13 times; and against NFC North foes, the Vikings star owned stellar averages of 121 total yards and 1.3 TDs.

b) Citing the NFL’s eight worst rushing defenses from last year, in terms of touchdowns allowed, the Vikings will encounter six of the unique opponents (nine games total) in 2020 — including two meetings apiece with the Packers, Bears and Lions.

RATIONALE: I genuinely want to be proven wrong with the following proclamation from early March:

What’s the logic behind such blasphemy, considering how Jackson easily rolled for 1,206 rushing yards and seven rushing scores in just 15 games last year?

It’s simple. The Ravens have likely done the math on quantifying the numbers of Jackson’s mega-extension in 2022, likely after Patrick Mahomes and Deshaun Watson sign their massive new contracts; and when talking annual salaries north of $40 million, it’s imperative that Baltimore has Jackson available for 15-16 games, while chasing the franchise’s third run at the Lombardi Trophy.

That’s not to say Jackson will have trouble hitting 35-plus touchdowns again. We’re merely skeptical about the overall rushing yards, especially with Ohio State tailback J.K. Dobbins fortifying an already-loaded backfield, via the NFL draft.

And when in doubt, roll with the elite-level running backs at the top of the draft. There should be a flood of quality options, among wideouts, in the latter rounds.

On the down side, Mostert could remain embroiled in a time-share situation, divvying carries and touches among the likes of Tevin Coleman, Jeff Wilson Jr. or even Jerick McKinnon, a lightning-fast asset who’s been plagued by major injuries for back-to-back seasons.

Citing his final nine games (including the playoffs), Mostert accounted for 13 total touchdowns … without registering more than 20 carries in a single outing.

And during that prolific span, Mostert produced sublime averages of 95.4 total yards and 1.4 TDs.

RATIONALE: There’s some apprehension about grabbing Diggs at 52, given the lack of cohesion between him and quarterback Josh Allen (thanks, Coronavirus shutdown).

However, we remain optimistic about Diggs’ penchant for raising his game in Buffalo. We also hold vivid memories of a productive eight-game stretch from last year, when the former Vikings wideout averaged five catches, 97 yards and 0.5 touchdowns.

And keep in mind, this span included one near-invisible clunker of one catch and four yards versus the Chiefs.

RATIONALE: Fantasy pundits might have Jaguars wideout DJ Chark (73 catches, 1,008 yards, 8 TDsd in 15 games last year) ranked ahead of Parker, through the appearance of more stability with the quarterbacking situation (Gardner Minshew’s the clear-cut starter in Jacksonville).

RATIONALE: Right now, I’m operating under the assumption of Mack being the Colts’ go-to back for Week 1, with Wisconsin rookie Jonathan Taylor serving as the backup rusher.

If things should change during training camp, we’d easily drop Mack for Damien Williams or Derrius Guice, who appears to have a stronghold on the RB1 slot with the Redskins.

RATIONALE: For what it’s worth, I have Christian Kirk and Josh Allen ranked substantially higher than Jeudy.

That said, we’re willing to take an upside-based gamble at the 93rd spot, in hopes the Broncos rookie quickly lives up to the immense expectations, looking down the road.

It also helps that I’ve been a Jeudy supporter since Day 1 of his Alabama tenure.

The days of Jeudy wearing the label of a WR4 or WR5 in highly competitive PPR leagues might already be numbered.

RATIONALE: Stafford’s midseason injury served as a death knell for the eminently flawed Lions, who went 0-8 without their franchise signal-caller last season.

RATIONALE: With the Falcons last season, Hooper (75 catches, 97 targets, 787 yards, 6 TDs) enjoyed career-best marks across the board; and yet, fantasy owners should feel optimistic about the 26-year-old’s still-roomy ceiling, moving forward.

On the plus side of that, Hooper might never encounter a between-the-20s double team all season with Cleveland, let alone the red zone.

Put it all together, and pick 124 represents good value for Hooper — BATSBY Sports’ fifth-ranked tight end.

RATIONALE: We’re still targeting youth, athleticism and depth-chart viability at the WR5 slot, even with the earlier addition of Jeudy.

Enter Williams, the mammoth-sized wideout who led the NFL in yards per catch last year (20.4), and managed to eclipse 1,000 receiving yards … without the benefit of 50 catches or three-plus touchdowns.

The only drawback: Williams must develop quick continuity with Tyrod Taylor (likely the Chargers’ first-half QB starter), before pivoting to rookie Justin Herbert, the franchise’s purported anchor for the next 10-12 years.

That production might flatten a bit this season … in anticipation of the Cardinals rolling for 40-plus touchdowns.

Jay Clemons can be reached on Twitter, day or night, at @ByJayClemons.

PrevPreviousCOLLEGE FOOTBALL: Ranking the SEC’s 10 most landmark upsets of this century
NextTIGER WOODS: A YouTube-inspired look at Tiger’s 10 most seminal golf momentsNext