FANTASY FOOTBALL: A mock-draft simulation, when holding the No. 6 slot in PPR leagues 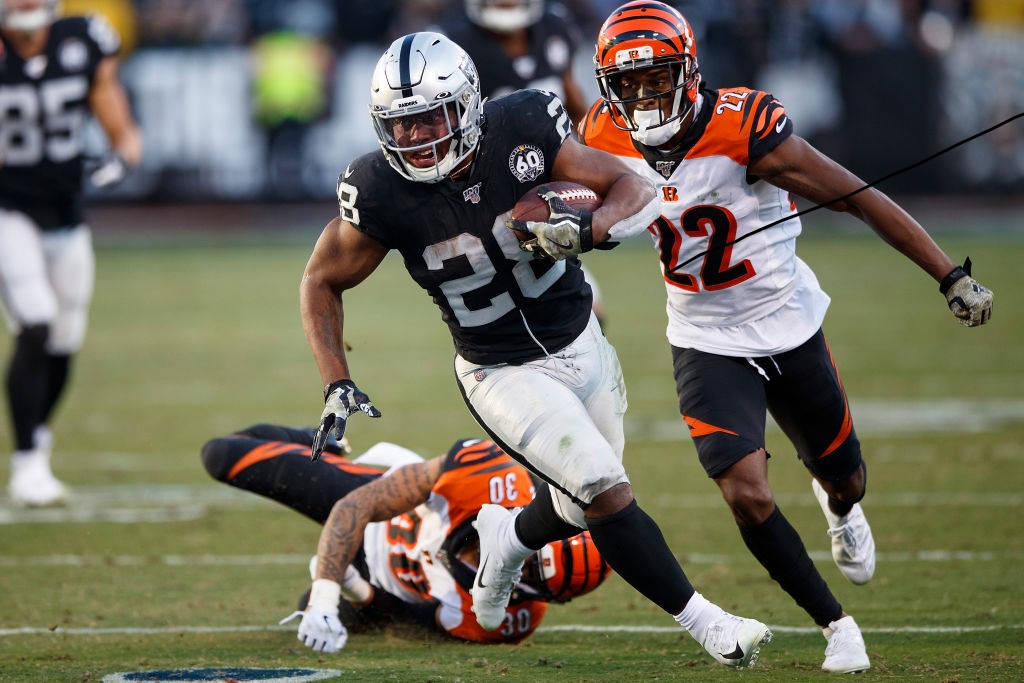 Here’s a dry run of draft expectations when holding the No. 6 slot in 12-team leagues (Points Per Reception scoring), working exclusively off an updated Average Draft Position chart from our friends at Fantasy Football Calculator.

NOTE: We made a semi-conscious effort to land three running backs in the first four selections, essentially ignoring our ‘4-2-1’ system from previous years — a time-tested, PPR-enhanced process of grabbing four wideouts sometime in the first seven rounds.

RATIONALE: Last summer, I took social-media flak for minimizing Jacobs’ Year 1 potential with the Raiders, believing his Alabama teammate Damien Harris might have been placed into a better backfield situation (Patriots).

And when in doubt, roll with the elite-level running backs at the top of the draft. As referenced before, there should be a flood of quality options, among wideouts, in the latter rounds.

It’s certainly a legitimate question for a guy who tallied just one outing of double-digit targets and two games of six-plus catches last year.

RATIONALE: Chark proffered a major breakout in Year 2 with the Jaguars, rolling for 73 catches, 118 targets, 1,008 yards and eight touchdowns in 15 games.

Of equal importance, in his first 10 outings last season, the LSU product collected 100-plus yards three times, eight-plus targets six times and all eight scores during this brief span.

Which brings us to this: Chark would be a useless WR2 for prospective drafters, if he repeats last year’s mediocre-at-best finish to the fantasy campaign, merely averaging 4.5 catches, 45 yards and zero TDs for Weeks 14-17. Ugh.

RATIONALE: Fantasy pundits might have Chark (73 catches, 1,008 yards, 8 TDsd in 15 games last year) ranked ahead of Parker, through the appearance of more stability with the quarterbacking situation (Gardner Minshew’s the clear-cut starter in Jacksonville).

And if that’s the case, we look forward to 12, 14 or even 16 games of Ryan Fitzpatrick (the only QB in NFL history with three straight games of 400 yards passing) slinging it around to Parker, who averaged 5.1 catches, 82 yards and 0.7 TDs in his final 13 outings last year.

RATIONALE: Right now, I’m operating under the assumption of Mack being the Colts’ go-to back for Week 1, with Wisconsin rookie Jonathan Taylor serving as the backup rusher.

RATIONALE: Here’s everything you need to know about this surprising selection.

Charting his 10 greatest games with Deshaun Watson as the Texans’ starting quarterback, Fuller boasts staggering averages of 5.6 catches, 102 yards and 1.4 TDs per outing.

RATIONALE: Stafford’s midseason injury served as a death knell for the eminently flawed Lions, who went 0-8 without their franchise signal-caller last season.

RATIONALE: With the Falcons last season, Hooper (75 catches, 97 targets, 787 yards, 6 TDs) enjoyed career-best marks across the board; and yet, fantasy owners should feel optimistic about the 26-year-old’s still-roomy ceiling, moving forward.

Put it all together, and pick 126 represents good value for Hooper — BATSBY Sports’ fifth-ranked tight end.

RATIONALE: Tannehill (2,742 yards passing, 26 TDs in 12 games last year) has the chops to be a QB1 for this squad, especially with A.J. Brown as a primary handcuff. Solid pick!

Jay Clemons can be reached on Twitter, day or night, at @ByJayClemons.

PrevPreviousNFL: 4 crucial questions to ponder amid Cam Newton’s semi-surprising union with the Patriots
NextMLB: A 5-year analysis of each American League club’s 60-game start since 2015Next