FANTASY FOOTBALL: A post-camp update of the NFL’s top 75 PPR wideouts for 2020 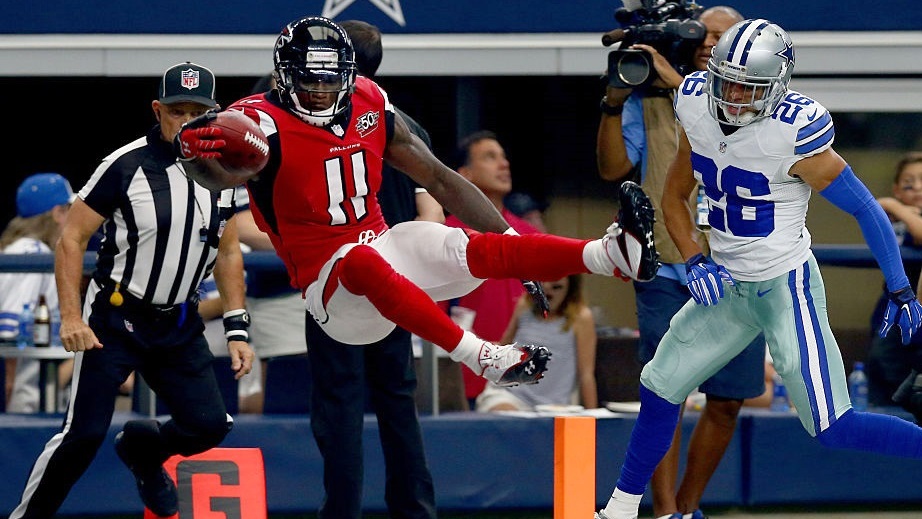 **Last season, Thomas notched a new NFL single-season record for catches; and for what it’s worth, only Cris Carter (1994-95) and Antonio Brown (2014-15) have posted consecutive seasons of 120-plus receptions.

**The Saints’ previous model of having Thomas outperform his wideout teammates by three or four times the targets reeked of absurdity; and that lack of balance contributed to the Saints averaging three points less in 2019 (compared to 2018).

To rectify the situation in 2020, New Orleans went out and signed Emmanuel Sanders for the WR2 role.

c) We’ll keep this short and sweet with Davante Adams:

d) Julio Jones (turned 31 in February) feels like a no-brainer pick for the top five, after posting six consecutive seasons of 1,300-plus yards.

e) Remember when noted ESPN blowhard Rex Ryan inadvertently referred to Amari Cooper as a ‘turd’ back in March?

What’s the verdict? Cooper might become the first top-10 wideout in fantasy history … to be mired in a home/away platoon with a third-tier receiver.

Whatever the reasons, isolated or cumulative, the days of rubber-stamping 90 catches, 1,300 yards or even double-digit touchdowns have likely passed.

You’ll be much happier with Beckham’s standing as a Round 5 or 6 selection.

g) Here’s a cool stats to celebrate with your fantasy friends … and conceal from your rivals of this wonderfully addictive game: