FANTASY FOOTBALL: Mock-draft simulation for 12-team PPR leagues, when holding the No. 11 slot 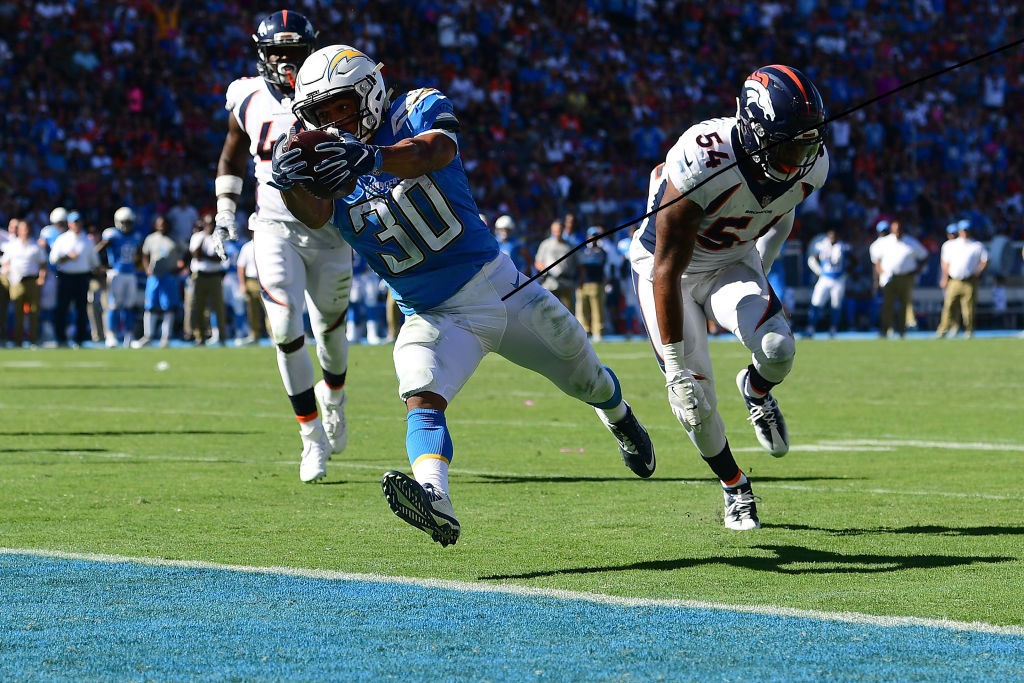 BATSBY Sports offers a dry run of expectations when holding the No. 11 draft slot in 12-team drafts (PPR scoring), working exclusively off an ESPN.com mock from Aug. 2.

For this 16-round draft, with two tailbacks, two wide receivers and a RB/WR flex as starters, I initially planned to adopt the time-tested ‘4-2-1 strategy’ in PPR leagues, calling for four high-end receivers, two targets-friendly tailbacks and either a top-seven quarterback or top-five tight end for the first seven rounds.

However, we became entranced by the overflowing running back depth for Rounds 5-7, pursuing high-upside rookies, speedsters with great numbers (when healthy) and established power backs who can still carry fantasy teams once or twice per year.

So, as a reflex, we happily adjusted on the fly.

Taylor was a wrecking-ball performer in his final seven games as a rookie, notching elite-level averages of 132 total yards and 1.3 touchdowns. He also produced a staggering catch-to-target rate of 92 percent, while netting four outings of four-plus catches.

What does this spell for the future? Even with Nyheim Hines and Marlon Mack in the Indy backfield, Taylor seems like a good bet for 50 targets — thus bolstering his pursuit of another campaign with 1,400 total yards and double-digit touchdowns.

Here’s something else to celebrate: Ekeler, who missed six games to injury in 2020, was similarly stellar during that four-game winning streak, posting stellar per-outing averages of 17.1 points during that span.

Put it all together, and Ekeler makes perfect sense early in Round 2. When healthy, Ekeler’s a solid bet for 90-plus catches and 1,400 total yards.

Adam Thielen could be the most volatile fantasy asset of the preseason, in terms of gauging the WILD SWINGS with Average Draft Position.

For starters, fantasygoers will have to play a confounding game of, ‘Which is the real outlier?‘ — Thielen’s career-best tally of 14 touchdowns last year … or that his catches and targets were woefully short of 2018 trends.

For me, the projectable truth typically falls somewhere in the middle. Heading into his age-31 campaign, Thielen has the viability of 90-plus catches and 130 targets … but no reasonable person should expect a repeat of 14 scores.

The BATSBY project has the rookie Williams ranked behind Raheem Mostert, Mike Davis, Chris Carson and Darrell Henderson; but we couldn’t resist the notion of reaching for Williams in Round 5, knowing he’ll be supported by a number of veteran backs.

Despite sharing the load with Michael Carter (now of the Jets) at North Carolina last year, Williams still amassed 1,445 total yards and 22 touchdowns.

In a nutshell, he’s a risk worth taking so early in the draft. Plenty of upside here.

I might be the only fantasy expert who’d dare take Mostert at Round 6 in PPR drafts, given his injury history, middling scoring production last year (three TDs) and lack of targets consistency within the San Francisco passing offense.

However, I’m not ready to throw the proverbial baby out with the bath water. We’re still talking about the same lightning-fast Mostert who notched 13 total touchdowns (12 rushing) in his final nine games of the 2019 campaign — including the playoffs and Super Bowl.

Here are two reasons why we’re not abandoning Johnson in fantasyland, despite the flood of veteran runners in the Texans’ backfield (Mark Ingram, Phillip Lindsay, Rex Burkhead):

b) The Northern Iowa product conjured up glorious memories of the old Johnson against the Colts in Week 15, catching all 11 targets for 106 receiving yards.

And in terms of game-changing plays, it’s easy to look back at Brown’s game-clinching score against Cleveland and loudly wonder, ‘Why can’t Brown do something electric EVERY week?’

Strange but true: The criminally underrated Jones has posted four seasons of nine or more touchdowns in his nine-year NFL run. And yet, he still found a way to post career highs in catches (76) and targets (116) with the Lions last year.

Fast forward to the present: Jones has the potential to be Trevor Lawrence’s go-to option in the Jaguars’ passing offense, even though DJ Chark, Laviska Shenault and rookie tailback Travis Etienne could garner higher-round love in PPR drafts.

And that’s fine … for most people.

Lest we forget, when Jones last suited up for an NFL game (Week 17 vs. the Vikings), he rolled for eight catches, 11 targets, 180 yards and two touchdowns.

And yet, Cousins can easily be had at Rounds 15 or 16 in fantasy drafts. What an absurdly low value … for a bankable asset on NFL Sundays.