FANTASY FOOTBALL: Mock-draft simulation for 12-team PPR leagues, when holding the No. 4 slot 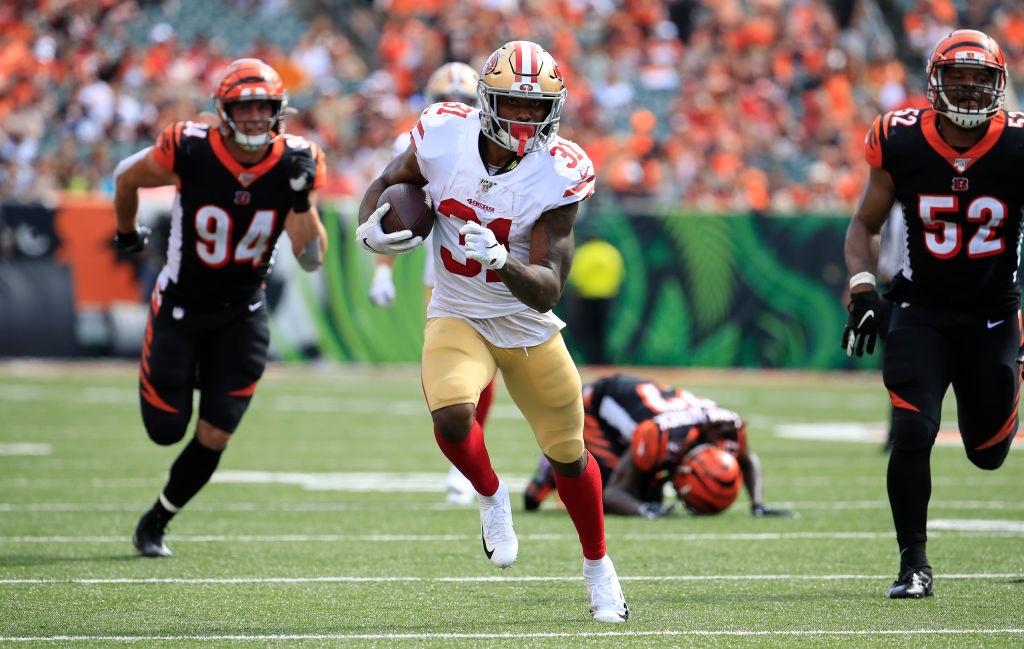 BATSBY Sports offers a dry run of expectations when holding the No. 4 draft slot in 12-team drafts (PPR scoring), working exclusively off an ESPN.com mock from July 31.

For this 16-round draft, with two tailbacks, two wide receivers and a RB/WR flex as starters, I initially planned to adopt the time-tested ‘4-2-1 strategy’ in PPR leagues, calling for four high-end receivers, two targets-friendly tailbacks and either a top-seven quarterback or top-five tight end for the first seven rounds.

However, that plan went out of the window … once the tailback market remained robust for Round 5-7.

So, as a reflex, we adjusted on the fly.

If Derrick Henry can become the first player in NFL history to amass 2,000 rushing yards in back-to-back campaigns … he’ll be a shoo-in for the Hall of Fame by season’s end.

Here’s another acknowledgment: We’re somewhat skeptical of Henry reaching the above mark in 2021 … given how no player in league history has reached the 2K rushing threshold multiple times.

As for the fantasy angle, Henry (35 total touchdowns since 2019) should be no worse than the No. 4 pick in PPR drafts, despite never exceeding 35 receiving targets in a single season.

Think about that: Henry requires little or no receiving help to rank among the PPR elite.

Side note: In case you’re wondering here, Patrick Mahomes was snagged at No. 2 overall for this mock, despite having a Round 2/3 grade with most fantasy experts. On the plus side, he’s BATSBY Sports’ top-ranked quarterback for the preseason.

With Julio Jones now property of the Titans, Ridley (eight games of 100 yards receiving in 2020) figures to be a good bet for 95-plus catches, 1,300 yards and double-digit touchdowns this season, while vaulting to the Falcons’ No. 1 wideout slot.

The only thing hindering this belief: Ridley must show marked improvement from last year’s so-so catch-to-target rate of 63 percent.

Why is that? A healthy Ridley should command at least 160 targets in the Falcons’ progressive passing attack.

In fact, when citing his final 14 outings, Jefferson posted seven efforts of seven-plus catches, seven games of 100-plus yards and seven scores; and for Weeks 12-17, the LSU product notched double-digit targets five times.

Put it all together, and Jefferson could be an outright PPR heist somewhere in the third round.

ROUND 5 (Pick 52) — MOTIVE: Best running back or wideout available

I might be the only fantasy expert who’d dare take Mostert at Round 6 in PPR drafts, given his injury history, middling scoring production last year (three TDs) and lack of targets consistency within the San Francisco passing offense.

However, I’m not ready to throw the proverbial baby out with the bath water. We’re still talking about the same lightning-fast Mostert who notched 13 total touchdowns (12 rushing) in his final nine games of the 2019 campaign — including the playoffs and Super Bowl.

Leonard Fournette deserves major props for his strong finish last season, accounting for seven touchdowns in his final seven games (including the playoffs and Super Bowl).

However, we’re not sold on Fournette holding the Bucs’ RB1 job this season.

After all, Jones notched four outings 100-plus rushing yards and eight total touchdowns. He even averaged 5.1 yards per carry.

The only downside: Jones must break out of his two-year average of 41 targets … and establish himself as a reliable resource for 50-55 targets.

And in terms of game-changing plays, it’s easy to look back at Brown’s game-clinching score against Cleveland and loudly wonder, ‘Why can’t Brown do something electric EVERY week?’

Here are two reasons why we’re not abandoning Johnson in fantasyland, despite the flood of veteran runners in the Texans’ backfield:

b) The Northern Iowa product conjured up glorious memories of the old Johnson against the Colts in Week 15, catching all 11 targets for 106 receiving yards.