FANTASY FOOTBALL: Our final mock draft (No. 2 slot) … before hitting the ground running with Week 1 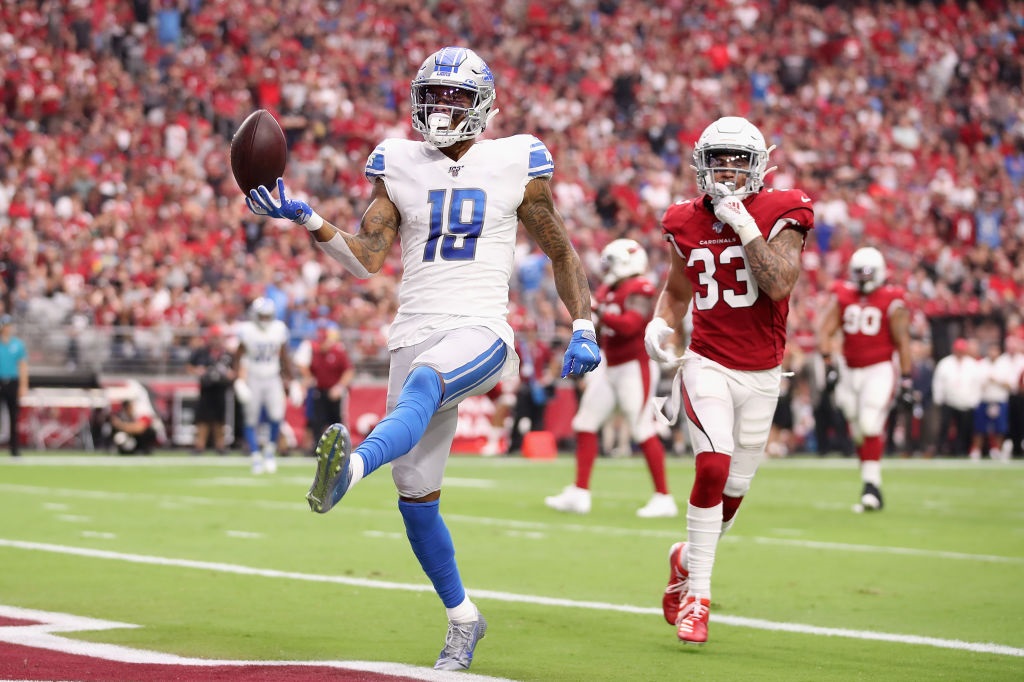 Here are the results of an ESPN.com mock draft from Sept. 3, while holding the No. 2 slot in Round 1 (12-team league, PPR rules).

a) I planned to go heavy on tailbacks in the first eight rounds (at least four at this position).

b) I wanted to handcuff an elite-level receiver to his day-in, day-out quarterback.

a) There were initial pangs of wanting Saquon Barkley at No. 2 overall, but we stuck with The Big Board and grabbed Vikings tailback Dalvin Cook at that premium spot.

c) Today’s mock marks the one and only time we’ve landed Kenny Golladay this summer.

Is he worth such a lofty spot (Round 3), even with the Lions building up their backfield with Georgia tailback D’Andre Swift in April’s NFL draft?

****Last year, Golladay enjoyed career highs with receiving yards (1,190) and touchdowns (NFL-best 11, among wideouts), while just missing out on personal bests with catches (65) and targets (116).

****Of his last 15 games with Matthew Stafford as the Lions’ starting quarterback, dating back to 2018, Golladay collected eight-plus targets 12 times.

Is that textbook Round 5 material?

At first glance, perhaps not. However, we’re also banking on a major jump from last year’s tallies with catches (29) and targets (41).

e) Here’s something sneaky-good for the middle rounds:

Charting his 10 greatest games with Deshaun Watson as the Texans’ starting quarterback, Will Fuller boasts staggering averages of 5.6 catches, 102 yards and 1.4 TDs per outing.

In case you’re wondering … that otherworldly sample size represents roughly 47 percent of Fuller’s starts with Watson running the Houston offense; and it usually involved DeAndre Hopkins being in the Texans’ lineup.

And yet, Rob Gronkowski has consistently gone higher in PPR drafts this summer. Go figure.

h) We rarely end with kickers, typically the most replaceable assets in fantasyland.

But here’s something to consider, for those who often wait until Round 15 or 16 for this position:

The Falcons’ Younghoe Koo has carved out a cool real-world niche of being the NFL’s best onside-kick artisan, but there’s tangible fantasy value to address, as well: