FANTASY FOOTBALL: Quick-hitter thoughts from a live mock draft on July 20 (No. 12 slot) 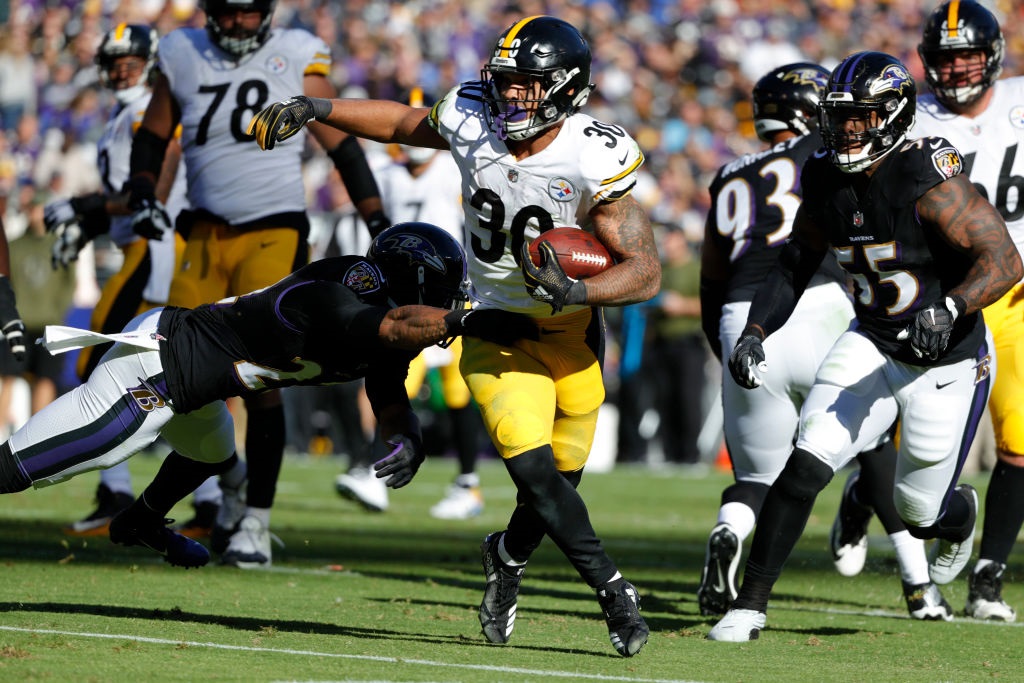 If 2020 were a typical football summer, instead of the logistical Year From Hell, we likely would’t have the time or interest in doing LIVE mock drafts before training camps launch in late July.

Instead, we had plenty of hourly openings on our Monday schedule for this week, and begrudgingly got sucked into a live mock draft, via ESPN.com.

For this 12-team faux league with PPR rules, I was the second owner in the draft room and happily chose the 12th slot in Round 1.

Here are the results:

a) There were only three serious options at the 12th spot — DeAndre Hopkins, Aaron Jones and Chris Godwin.

In a real live draft, I might have opted for positional balance at 12 and 13, in the form of Godwin (see praise below) and Jones (averaged 116 total yards/1.5 TDs in his final six outings last year).

However, for the sake of experimentation, we went with Hopkins and Jones … with the full intent of stocking up on running backs over the next six rounds.

As such, there are two ways to interpret our positional ranking (No. 2) for 2020:

Fast forward to the present: Conner easily deserves the benefit of the doubt here, based on a 2018 track record of 11 outings of 95 total yards and/or one touchdown.

(There were also five games of multiple TDs within that dream campaign.)

Last season, however, Gordon merely averaged 76 total yards and 0.75 TDs per game, a noticeable drop from the three previous campaigns.

So, why does Gordon make sense at the end of Round 4, considering how Phillip Lindsay (two-year average: 1,243 total yards, 9 TDs) could be a top-3 backup this year?

****After going WR-WR in the first two rounds, we didn’t have the luxury of grabbing QB Lamar Jackson, Titans receiver A.J. Brown or Steelers wideout JuJu Smith-Schuster at the 48th overall slot.

****Given how Lindsay doesn’t have the track record of being a targets machine, Gordon (averaging 65 targets since 2016) should be a healthy lock for 50 catches and 70-plus targets.

Yes, Ingram’s 2019 tallies for catches (26) and targets (29) were wretched; but then again, he also had a 90-percent proficiency rate when targeted … and six outings of 100-plus total yards or multiple touchdowns.

What more do you want from a primary cog in the NFL’s most prolific rushing offense?

f) Charting his 10 greatest games with Deshaun Watson as the Texans’ starting quarterback (dating back to 2017), wideout Will Fuller boasts staggering averages of 5.6 catches, 102 yards and 1.4 TDs per outing.

g) Fantasy pundits might have Jaguars wideout DJ Chark (73 catches, 1,008 yards, 8 TDsd in 15 games last year) ranked ahead of DeVante Parker, through the appearance of more stability with the quarterbacking situation (Gardner Minshew’s the clear-cut starter in Jacksonville).

And if that’s the case, we look forward to 12, 14 or even 16 games of Ryan Fitzpatrick (the only QB in NFL history with three straight games of 400 yards passing) slinging it around to Parker, who averaged 5.1 catches, 82 yards and 0.7 TDs in his final 13 outings last year.

h) Matthew Stafford’s midseason injury served as a death knell for the eminently flawed Lions, who went 0-8 without their franchise signal-caller last season.

****Unlike previous years, the Lions are blessed with high-upside playmakers at the tailback, receiver and tight end slots.

****Stafford posted the third-highest average of points among quarterbacks last year (25.9 per game).

Bottom line: A healthy Stafford has value that far exceeds pick 108. Just sit back and reap the rewards of absurdly low value every time.

i) Unlike most fantasy pundits, I’m penciling in Marlon Mack as the Colts’ go-to back for Week 1, with Wisconsin rookie Jonathan Taylor serving as the backup.

j) With the Falcons last season, Austin Hooper (75 catches, 97 targets, 787 yards, 6 TDs) enjoyed career-best marks across the board; and yet, fantasy owners should feel optimistic about the 26-year-old’s still-roomy ceiling, moving forward.

Put it all together, and pick 132 represents tremendous value for Hooper — BATSBY Sports’ fifth-ranked tight end.