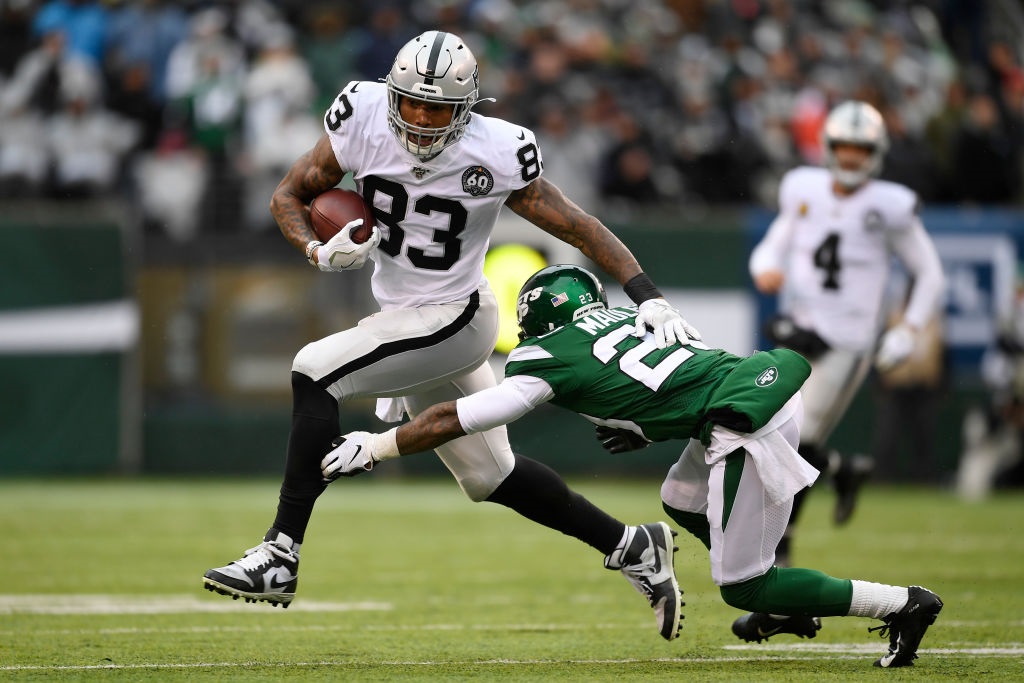 a) There’s been summertime chatter of fantasy owners making Travis Kelce a top-five overall pick in PPR leagues, given his positional dominance.

Is this a smart move in 12-team leagues? Here’s why it’s so easy to say yes:

**Kelce has been remarkably consistent with catches, targets and receiving yards over the last three seasons. At minimum, he’s an easy lock for 100 receptions, 142 targets and 1,325 yards.

**This year’s class of fantasy wideouts is both deep and unpredictable. So, why not delay the process of grabbing a receiver in Round 1 … and go for an absolute sure thing in Kelce, who could provide his owners with a built-in advantage of 8-10 points every week (prior to kickoff).

**George Kittle stands as a consensus top-3 tight end this preseason; and yet, the Niners star has never eclipsed five touchdowns in a single season.

b) Remember when Darren Waller was a mere afterthought in the Raiders offense, in the first episode of HBO’s Hard Knocks, circa 2019?

In 2020, Waller enjoyed nine outings of six-plus receptions, nine efforts of eight-plus targets and four games of 100-plus yards receiving. The highlight of this prolific season: Carving the Jets up for 13 catches, 17 targets, 200 yards and two touchdowns.

How good is Waller’s upside: If he finished with better numbers than Travis Kelce this season … would it really be that much of a shock?

Consequently, it leads to quite the chasm, separating Kelce and Waller.

On the plus side, Kittle will never disappoint fantasy owners, assuming full health, when flirting with 95 catches and 1,200 yards receiving.

d) The T.J. Hockenson ranking has the potential to be embarrassingly wrong by season’s end. After all …

**Even with Stafford present for the majority of last season, Hockenson still posted five outings of three or fewer receptions.

On the plus side, Hockenson’s new quarterback (Jared Goff) has plenty of experience targeting tight ends in enemy territory; and Detroit’s offensive line could be among the league’s best in passing and goal-line situations.

So, let’s go with upside here, even though Hockenson didn’t find the end zone in seven of his final eight games in 2020.

e) Falcons rookie Kyle Pitts sits at No. 7 in late July/early August. However, if the Florida product shows flashes of brilliance during the preseason … we reserve the right to bump Pitts into the top five.