FANTASY FOOTBALL: Top 60 PPR tailbacks for 2021, in advance of the NFL preseason kickoff 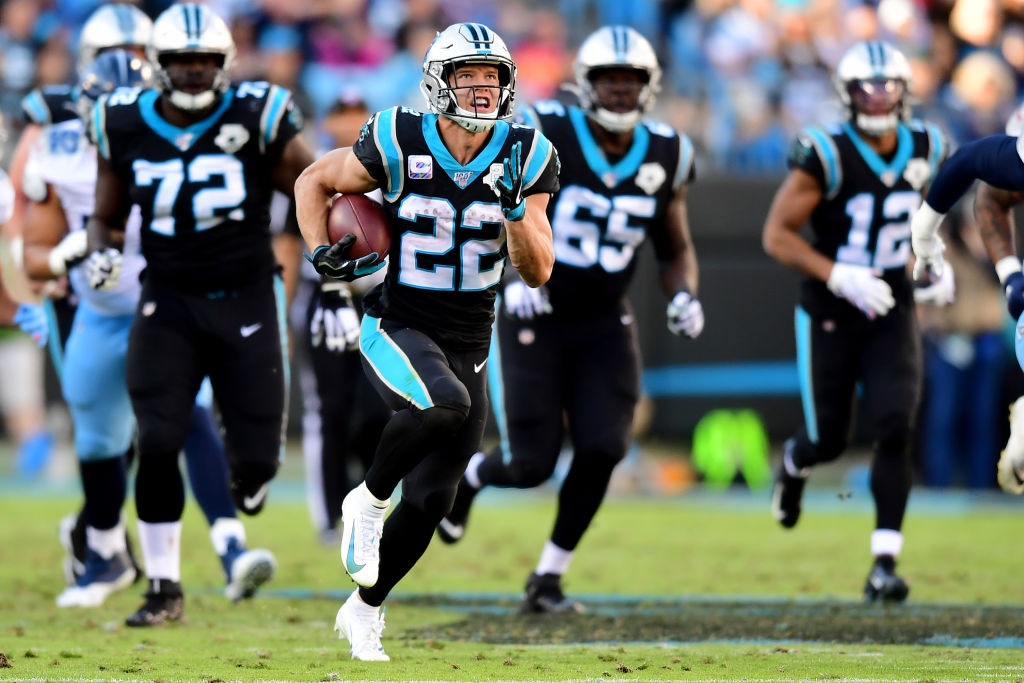 a) Christian McCaffrey wears the crown of Fantasy’s Most Bankable Option in 2021, despite missing 13 games to injury last season.

What makes McCaffrey (379 receiving targets from 2017-19) so special, given the short-term susceptibility to injury?

Charting his last 19 games, the Panthers star owns absurd averages of 146 total yards and 1.3 touchdowns; and let us not forget, CMC notched multiple TDs in all three outings last year.

b) Dalvin Cook boasts amazing two-year averages of 1,786 total yards and 15 touchdowns, despite not exceeding 14 games played per season.

The Vikings tailback also stands as a formidable bet for 60-plus targets every year, essentially cementing his value as the No. 2 back in PPR and 1/2 PPR leagues.

c) Let’s start with an acknowledgment: If Derrick Henry can become the first player in NFL history to amass 2,000 rushing yards in back-to-back campaigns … he’ll be a shoo-in for the Hall of Fame by season’s end.

Here’s another acknowledgment: We’re somewhat skeptical of Henry reaching the above mark in 2021 … given how no player in league history has reached the 2K rushing threshold multiple times.

As for the fantasy angle, Henry (35 total touchdowns since 2019) should be no worse than the No. 4 overall player taken in PPR drafts, despite never eclipsing 35 receiving targets in a single season.

Think about that for a second: Henry requires little or no receiving help to rank among the PPR elite.

d) I have Alvin Kamara ranked No. 4, but it’s not a supremely confident distinction, given how the Saints have few other explosive playmaking options in the post-Drew Brees era. (Note: Receiver Michael Thomas could miss 5-10 games after ankle surgery.)

The only saving grace here: Citing his last 31 games (including the playoffs), Kamara has reached the elite-level threshold of 100-plus total yards and/or one touchdown 23 times. Throw in a handful of games with 10-plus targets and three-plus touchdowns … and we’ll momentarily stick with Kamara as a top-4 option.

e) When first crafting the tailback rankings around the July 4 holiday, I initially had Ezekiel Elliott somewhere in the 12-14 range — as a mild punishment for posting only two 100-yard rushing games last year, along with nine outings of zero touchdowns.

Upon further inspection, though, we might have been a little harsh on Elliott, citing the following reasons:

**Elliott cleared the elite-level threshold of 100 total yards and/or one touchdown in all five games started by Dak Prescott last year. In fact, during that span, Elliott enjoyed a robust catch-to-target rate of 73 percent.

**How’s this for bedrock consistency: Charting his 31 starts with Prescott in the backfield, Elliott notched 100 total yards and/or one touchdown 29 times.

Do the above factors make Elliott a lock for the No. 5 tailback? Not necessarily. At the same time, fantasy owners shouldn’t hesitate to select him midway through Round 1.

Go for young upside a few slots down the road.