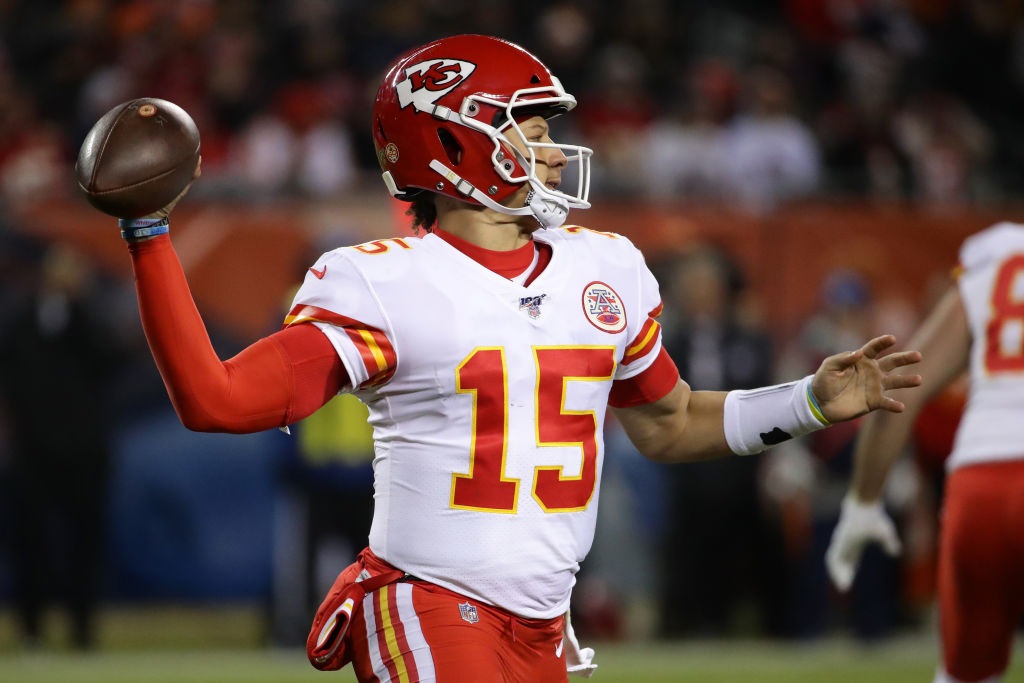 Here are BATSBY Sports’ favorite prop-bet plays for Super Bowl 55, a relatively close clash of Chiefs (three-point favorites) vs. Buccaneers (first team in NFL history to host Super Sunday), along with predictions for each cherry-picked prop.

a) Mahomes has eclipsed 300 yards passing in seven of his last 10 starts.

b) The Bucs had the NFL’s top-ranked rushing defense during the regular season (80.6 yards per game). In other words, the Chiefs will need to be vertically aggressive to crack the 30-point mark.

c) You might recall that Mahomes torched the Bucs for 462 yards passing and three touchdowns in Week 12 — a superb outing which, early on, had all the makings of a 600-yard passing performance.

d) The deep-blue/clear skies and comfortable temperatures at Raymond James Stadium should pose no threat to Mahomes’ pursuit of a strong passing day.

e) We’re aware that Mahomes passed for only 286 yards in last year’s Super Bowl. However, we also expect him to play more relaxed this time, knowing what to expect from the all the pomp and circumstance.

a) Brady has notched multiple touchdowns in each of his last 10 games (including the postseason), while averaging 260 yards passing for this stretch.

b) With the Bucs primarily playing catch-up against the Chiefs in Week 12, Brady shook off a rough start and passed for 345 yards and three TDs.

c) The Kansas City defense has allowed an average of 25 points in its last six games.

d) Brady has tossed nine touchdowns in his last four Super Bowl appearances; and that includes the loathsome title game from two years ago — which produced an all-time low of cumulative points (16).

e) Charting the Bucs’ last five home games, Brady registered 38 or more pass attempts four times; and it’s worth noting: Only two of the contests involved a point spread of less than 12 points.

On the surface, this has the appearance of an eminently doable bet, since Hill’s 269-yard, three-touchdown demolition of the Bucs defense (Week 12) remains fresh in our heads — especially to those who incurred any Hill-related defeats in fantasy football from that November Sunday.

Plus, during the AFC playoffs, Hill owned elite-level averages of 8.5 catches, 10.5 targets and 141 receiving yards.

The only deterrent here: Back in Week 12, the Bucs handled Hill better in the second half, often double-teaming the lightning-fast, eminently shifty wideout, or significantly slanting the coverages to his side of the field.

But alas, we’re not taking any negative bait here. Hill seems like a good candidate for replicating the nine-catch, 105-yard effort in last year’s Super Bowl.

a) The above number reads a little daunting … until you check out Kelce’s numbers from the last two months:

Charting his previous 10 games (including the postseason), the all-world tight end has notched eight-plus receptions nine times; and the one clunker included seven catches, 13 targets, 98 receiving yards and one touchdown.

b) Against the Bucs in November, Kelce modestly carved up the Bucs for eight catches (on eight targets) and 82 yards.

d) During the regular season, Tampa Bay’s defense had a bottom-10 ranking with catches surrendered to opposing tight ends.

a) Fournette has been a consistent playoff hero for the Bucs, touting a three-game average of 104 total yards and one touchdown.

b) On the flip side, Fournette has logged a grand total of 15 carries in his last three home outings. Ugh.

c) Ronald Jones, Fournette’s backfield mate, has racked up nine or more carries in his last seven games. This suggests that, in a perfect world, the Bucs would prefer to split the carries involving Jones and Fournette.

However, given Kansas City’s penchant for exploding in the first half, we’re skeptical of Tampa Bay staying loyal to such a balanced game plan.

a) Godwin has accounted for five touchdowns during his club’s seven-game winning streak. For this fantastic stretch, Tampa Bay has averaged 34.3 points per outing.

b) Charting his last six games (including the postseason), Godwin has caught either four of five balls each time, while averaging 8.2 targets during this span.

c) Against the Chiefs in November, Godwin rolled for eight catches, 97 yards and one touchdown — an outing that featured fellow wideouts Mike Evans and Antonio Brown.

d) Since Week 10, Godwin has crossed the threshold of 72-plus yards six times.

a) Williams has thrice tallied three or more catches since Week 11, a seven-game sample size.

b) During the regular season, the Bucs ranked dead-last in receptions allowed to opposing tailbacks.

c) Since Week 6 (including the playoffs), Williams has enjoyed an excellent catch-to-target rate of 85 percent.

d) Now for the rub: With Clyde Edwards-Helaire and Le’Veon Bell seemingly good to go for Super Sunday, this SHOULD cut into Williams’ rock-toting opportunities.