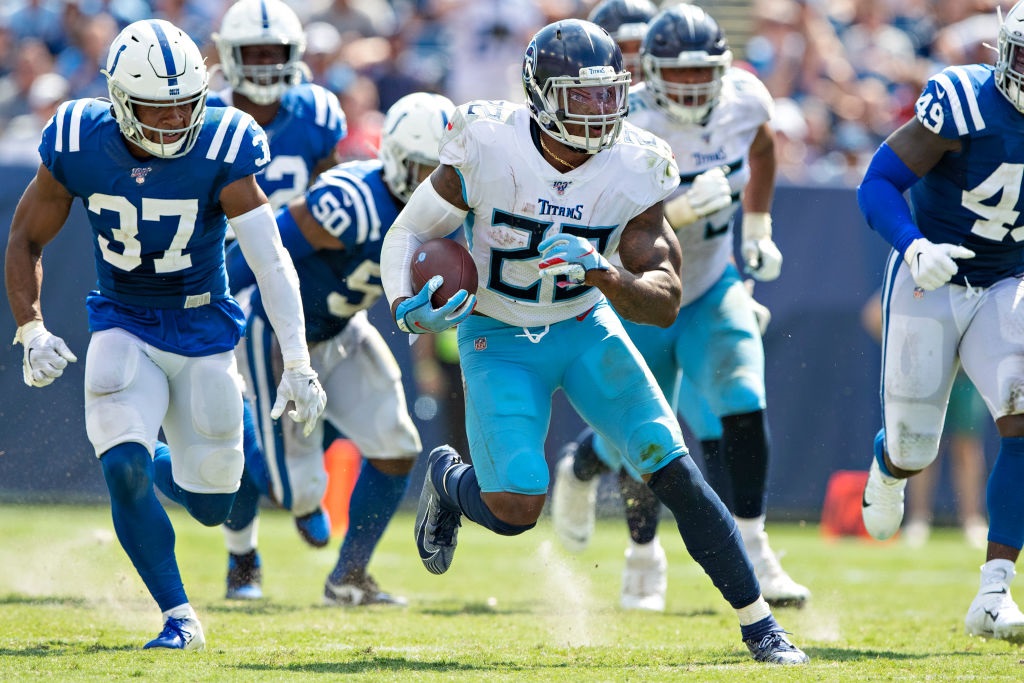 FUN FACT #1
There are three certainties in life: Death, taxes … and Derrick Henry torching the Jaguars defense, whenever humanly possible.

Here’s another thing to celebrate: Henry has accounted for 99 total yards and/or one TD seven times in his last eight games.

****Rodgers has accounted for 300 yards passing and/or multiple touchdowns in 10 straight home openers.

****The Lions ranked in the bottom seven last year with opposing quarterbacks, in terms of touchdown passes, completions and passing yards surrendered.

FUN FACT #3
BATSBY Sports has Christian McCaffrey ranked as fantasy’s No. 1 tailback this week, out of loyalty to two glowing nuggets:

a) The Panthers star (2,392 total yards, 19 TDs last year) holds robust averages of 107 total yards and 1.3 touchdowns in his last four meetings with the Buccaneers.

b) McCaffrey (134 total yards, 2 TDs last week) has reached the elite-level threshold of 100 total yards and/or one TD in 15 straight outings.

FUN FACT #4
T.Y. Hilton’s annual destruction of the Texans defense has been well-chronicled through the years.

Charting his last 11 home outings against non-conference foes, dating back to 2014, the remarkably consistent Hilton holds strong averages of six catches, 100 yards and 0.7 touchdowns; and that includes last year’s clunker of 26 yards versus the Panthers.

Now for the good news: For those Week 2 home openers from 2015-18, Big Ben posted amazingly consistent averages of 323 yards passing and three touchdowns.

FUN FACT #6
This seems like the ideal week to ride Dak Prescott in any type of fantasy league.

****The Falcons (Sunday’s foe) surrendered the 10th-most touchdown passes last season; and last week, Atlanta was one of only two NFL defenses to give up four TD passes.

On the flip side … in two career meetings, Prescott has never tossed a scoring pass against the Falcons.

Charting his last 11 outings (including the postseason), Kelce has scored eight touchdowns and tallied a terrific catch-to-target rate of 82 percent.

On the down swing, citing his last seven games against the Chargers, Kelce collected three or fewer receptions four different times.

In other words, Kelce (preseason No. 1 tight end) hardly represents a lock for Sunday’s top five.

FUN FACT #9
The Patriots, coming off a No. 6 ranking in rushing yards allowed (2019), have been particularly stingy with opposing running backs lately, allowing only Joe Mixon and Derrick Henry to break the 100-yard rushing mark after last year’s bye.

However, there’s hope for a third rusher joining that semi-exclusive club.

FUN FACT #10
We’re a little nervous about Cooper Kupp’s top-10 ranking among wide receivers, and it has little to do with Robert Woods’ 105-yard effort from last week.

****Kupp has quickly developed a reputation for being streaky with touchdowns. When things are good, it’s poetry in fantasy motion; and when it’s bad … things sort of snowball from there.

But we’re not worried about any prolonged slumps involving Barkley.

Counting the previous 29 games of his brief, but decorated career, Barkley had produced eight outings of less than 50 yards rushing. For the follow-up performances, however, the Penn State product notched 100 total yards and/or one touchdown seven times.

Which puts us in the mood for the following nugget:

Of his 16 games of multiple scores, dating back to 2014, Ingram registered 20 or more carries only four times.

FUN FACT #13
Cardinals fans are undoubtedly pumped about DeAndre Hopkins’ home debut with the new club, on the heels of last week’s 14-catch, 151-yard gem (road upset of the 49ers).

But there should also be tangible enthusiasm reserved for another new-ish acquisition, tailback Kenyan Drake.

Of his four NFL outings at University of Phoenix Stadium, Drake holds supreme averages of 107 total yards and 1.3 touchdowns.

And don’t forget about Drake’s thrilling kick-return touchdown in the 2016 College Football Playoff title game at the same stadium, the perfect capper to 218 all-purpose yards in Alabama’s 45-40 victory over Clemson.

Citing his last eight games played in the Eastern Time Zone, including the Super Bowl in February (Miami), Niners tight end George Kittle has not once found the end zone.

Josh Allen might have missed two wide-open playmakers in the end zone last week (Dawson Knox, John Brown on separate possessions), but he still came through with strong numbers against the Jets — 33 of 46 for 312 yards and three total touchdowns.

Does this make him a supreme candidate for Sunday versus Miami? You betcha!

Counting his last three meetings with the Dolphins, Allen has absurdly averaged 288 total yards and 3.7 touchdowns.

Jay Clemons, the 2008 Fantasy Football Writer of the Year and 2015 Cynopsis Media award winner for “Sports Blog Of The Year,” has previously served as a lead fantasy analyst for Sports Illustrated, FOX Sports South, Bleacher Report and Fanball.com.