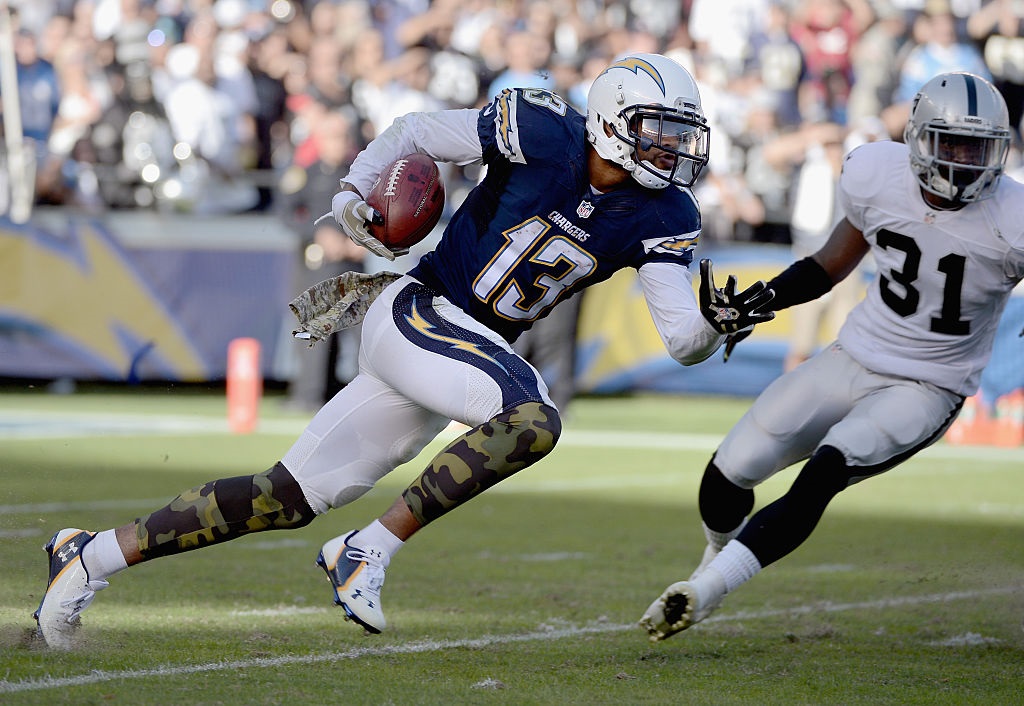 FUN FACT #1
There’s just no stopping Keenan Allen these days, as he destroys the competition on a weekly basis.

Since Justin Herbert took over as the Chargers’ full-time quarterback, Allen has produced seven games of 100 yards receiving and/or one touchdown.

And the one ‘clunker’ of the bunch still involved Allen collecting eight catches, 11 targets and 62 yards — or 14.2 points in a PPR world.

Barring injury, Allen (three 100-yard games in 2020) should be viewed as lead-pipe cinch for double-digit targets and one touchdown come Sunday.

****The Jets own bottom-10 rankings with receptions and receiving yards surrendered to opposing wideouts.

****These same opposing receivers have enjoyed a catch-to-target ratio of 72 percent against the Jets. That ticks slightly higher than Allen’s 70-percent clip for the season.

Here’s another thing to celebrate:

FUN FACT #3
From one Cook to another …

****The Falcons have given up the most receiving touchdowns to tight ends (8).

****Of equal relevance, opposing tight ends are snagging targets/catches at an 83-percent clip.

****Cook collected double-digit targets in his last meeting with Atlanta.

FUN FACT #4
Was it only four weeks ago when Tyler Lockett crushed the Cardinals for 15 catches, 20 targets, 200 yards and three touchdowns?

In the three-game aftermath, the Seahawks wideout has yet to collect six catches, 70 yards or even double-digit targets in a single outing.

So, how should fantasy players view this week’s repeat clash with Arizona?

****For his career against the Cardinals, Lockett has secured four or fewer catches nine different times.

****Lockett has scored multiple touchdowns five times in his decorated career … but never against the same club twice.

FUN FACT #5
Forget about the Ravens’ dispiriting defeat to the Patriots on Sunday night. Despite the torrential rains and stifling winds, quarterback Lamar Jackson still accounted for 304 total yards (55 rushing) and two touchdowns.

In fact, this strong outing marked the fifth time since Week 4 that Jackson has notched multiple TDs.

FUN FACT #6
With BATSBY Sports’ rankings for Week 11, we have Clyde-Edwards Helaire rated in the top 10, despite some uneasy trends from the last few weeks.

****Edwards-Helaire has registered only 26 total touches since Week 7, for a paltry average of 8.9 touches against three so-so defense (Broncos, Jets, Panthers).

This sluggish period also coincides with the arrival of Le’Veon Bell … but it’s worth mentioning that Bell has tallied only 20 touches for 80 yards during this same span.

****QB Patrick Mahomes has attempted 87 passes in the last two weeks (61 completions), on his way to 788 yards passing and nine touchdowns. Unfortunately, Edwards-Helaire and Bell were targeted only 12 times during this pass-happy surge.

****Kansas City has won its last three games by an average of 18.3 points; and yet, the club has been a little stingy about doling out tailback touches.

So, why the positive ranking for Edwards-Helaire, heading into Sunday’s rematch with Las Vegas?

a) Opposing tailbacks are averaging 4.6 yards per carry versus the Raiders.

c) The Chiefs are certifiable locks to score more than 15 points on Sunday — the average amount Las Vegas has yielded during its three-game winning streak.

On paper, the Lions represent the easiest matchup for any ball carrier.

Detroit has surrendered the most rushing AND receiving touchdowns to opposing tailbacks this season — a staggering total of 18 touchdowns (13 receiving, 5 rushing).

What’s more, the Lions are allowing 4.81 yards per carry to opposing backs; and this same position has enjoyed a hearty catch-to-target rate of 70 percent versus Detroit.

In other words, go ahead and bet the proverbial farm on Panthers RB Mike Davis (per-game averages of 102 total yards/1 TD from Weeks 3-6) racking up 140-plus yards or multiple touchdowns.

FUN FACT #8
Is there anything more maddening than guessing which Rams running back (Malcolm Brown or Darrell Henderson) will garner the lion’s share of touches for a particular week?

Since that’s a rhetorical question, we’ll simply skip to the shaky rationale for predicting the randomness for Week 11:

****He leads all Rams tailbacks in targets and receptions; and as luck would have it, the Bucs (Sunday’s opponent) have allowed the most catches to opposing backs (through 10 games).

****The University of Texas product stands out as the Rams’ goal-line back.

****Brown has never scored a touchdown in back-to-back games.

****Henderson has collected a minimum of eight touches in every contest since Week 2. During this span, the Memphis product has five touchdowns.

FUN FACT #9
Falcons QB Matt Ryan has been a hot-and-cold fantasy asset for the schizophrenic Falcons, posting four games of three-plus touchdowns or 400-plus yards passing … and five outings of zero or one touchdown.

What’s more, for the season, Adams has already posted three games of double-digit catches, 150 yards and one touchdown.

The last person to accomplish such a feat in a single campaign: Calvin Johnson in 2012.