LIONS-PACKERS REDUX: The officials were bad … but it’s time to get rid of the real NFL evil — Instant Replay 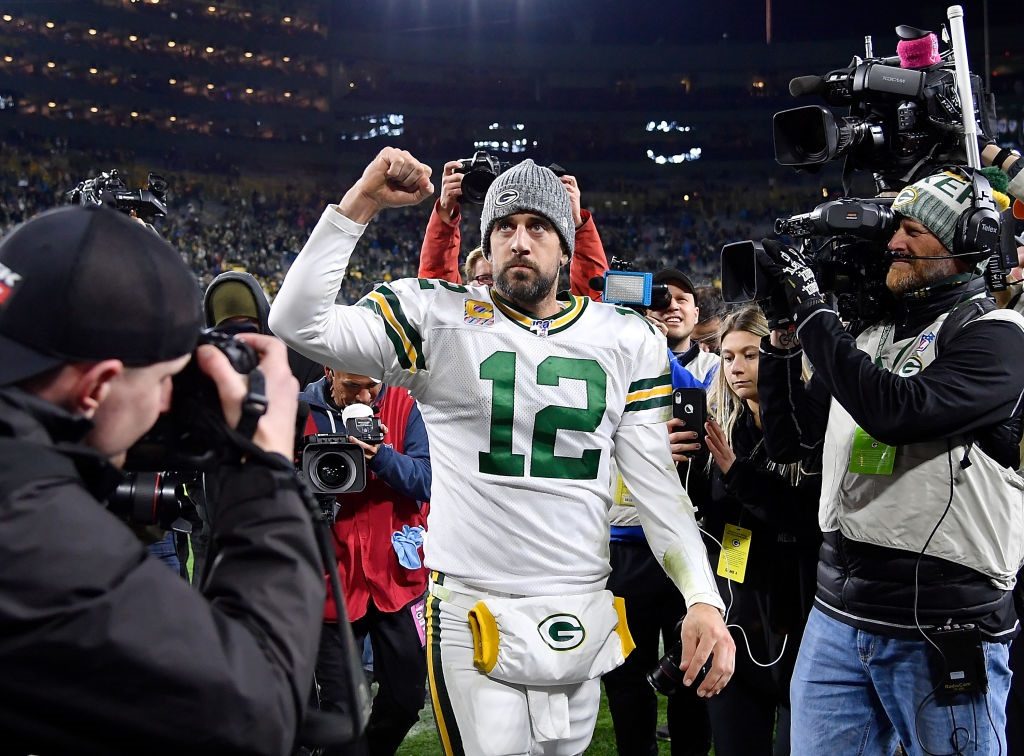 ‘Hate’ might be a polarizing and perhaps divisive term in the political realm … but it’s still apropos in the less demeaning sporting arena. So here goes:

When the NFL debuted replay in the mid-1980s, I was intrigued by the concept but ultimately frustrated by the painfully long consultation times and erratic calls — since each officiating crew held a different interpretation of certain rules.

As such, very few tears were shed when the league scrapped replay after the 1992 season.

When the NFL resurrected replay in the mid-1990s, I begrudgingly embraced the concept once again, naively believing the vast improvements in technology and promises of shorter judgment times would make the game better.

And maybe it did, for about a week or two.

In short order, though, I couldn’t rationalize the sad fact that certain subjective decisions were still prohibited from being reviewed, even though 50 people in a random American sports bar could discern the differences between “correct” and “wrong” in 12 seconds or less.

Which brings us to Monday night’s debacle in Green Bay:

First, at full disclosure, I’m a Detroit native and former Lions employee. However, my opinions of Clete Blakeman’s officiating crew would be identical today, if the Packers had gotten ripped off during crunch time, thus placing the victory in the Lions’ hands. And as a Pro Football Writers of America member, my personal loyalty to objective coverage far outweighs my childhood rooting preferences in Michigan.

Secondly, no sane person could effectively argue that Blakeman’s staff correctly penalized Trey Flowers for “illegal hands to the face” — with both penalties nullifying potentially game-changing stops from the Lions defense.

Especially with the ruling umpire standing 5 feet away from Flowers and Packers O-tackle David Bakhtiari.

Just like the NFL’s Instant Replay headquarters in New York likely would have had zero difficulty overturning the non-pass interference call on Marvin Jones’ deep-ball target during the fourth quarter — a controversial occurrence that would have dropped the Lions deep in Packers territory, while desperately clinging to a two-point lead with 7-plus minutes remaining.

Quick aside: Was Lions coach Matt Patricia wrong not to contest the non-pass interference? According to Steve Czaban on Monday night, via Twitter, only one of 24 pass interference calls have been overturned through six weeks of NFL action.

So in that vein, it would have been a major gamble, given the potential consequence of surrendering timeouts.

Bottom line: If any of those three empirically wrong calls go the other way, it’s highly probable Detroit walks out of Lambeau Field with a victory; and before pooh-poohing that line, here’s what was at stake:

**With the win, the Lions would have improved to 3-1-1, which would have been enough for first place in the NFC North (by mere percentage points) — the NFL’s most competitive division.

YOU CAN STUFF YOUR SORRYS IN A SACK, MISTER!

There’s nothing more pointless than the NFL issuing apologies to teams on Mondays or Tuesdays, whenever officiating mistakes directly affect the win/loss column.

Yes, it’s somewhat comforting to see league officials sheepishly admit their errors; but at the end of the day, it won’t change anything with the bottom line.

Remember the epic Giants-49ers wild card game from the 2002 playoffs? For those with short memories, New York got jobbed in the final seconds, thanks to a blatant pass-interference call — off a botched field-goal attempt — that was never called.

The following morning, after the NFL copped to its officiating gaffes with the Giants, the San Francisco press beseiged 49ers coach Steve Mariucci for comment, perhaps thinking he’d be contrite about his team’s good forturne.

Instead, Mariucci reflected with a long pause, before uttering the epic-troll line of, “Bummer.”

In other words, Mariucci had some empathy for the Giants and their fans … but not enough to relinquish the playoff victory from the previous day.

It’s pretty simple here: Either the NFL makes every conceivable play/occurrence available for replay consumption/dissection, or it’s time to scrap the whole thing.

And frankly, my vote strongly leans toward the latter.

Heat-of-the-moment outbursts on Twitter aside, I’ve always known that NFL officials are prone to making mistakes. I can also empathize with these highly trained professionals, since it’s one of the most thankless job in all of sports.

And perhaps they’d be more effective with their jobs, if they didn’t have every little nuanced replay to complement their calls.

After all, it’s great that automatic replays are assigned to every turnover and touchdown, but what’s the point of this fairy tale, if the league doesn’t spend at least two extra seconds scrutinizing Allen Lazard’s awesome touchdown catch from Monday night … which could be also be judged as ‘down by contact’ at the 1/2-yard line (see above Tweet)?

From Wisconsin, we can audibly hear those close to Lazard whispering something the effect of … Bummer.