NFL: 10 Fun Facts to celebrate in advance of Week 4 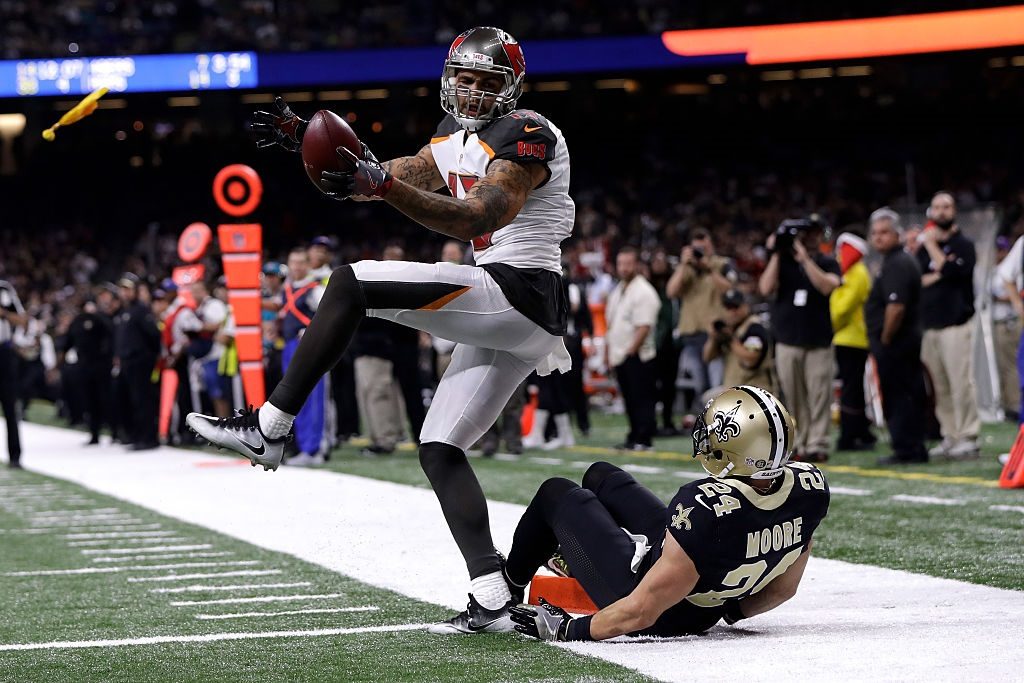 FUN FACT #1
There are three certainties in life: Death, taxes … and James Conner shredding the opposition inside the AFC North.

Charting his six career outings against division foes (as a starter), Conner owns scintillating averages of 139 total yards and 1.2 touchdowns; and that includes a 44-yard, zero-TD clunker versus the Ravens.

Here’s another reason for doing everything in your power to acquire Steelers tailback James Conner before 1 p.m. Sunday:

At the same time, his agent should be censured for likely keeping Gordon out of Sunday’s juicy game plan against the Dolphins, the NFL’s worst defense against the run (535 ground yards, 4 rushing TDs allowed) … and it’s not even close.

Of course, one man’s stubborn absence is another man’s ham-and-cheese sandwich with extra mustard.

Austin Ekeler (368 total yards, 4 TDs) currently ranks as the No. 3 tailback in PPR cirlces. Within this success, Ekeler has a staggering catch-to-target ratio of 95 percent (19 of 20 targets), while leading all rushers in receiving yards (208) and receiving touchdowns (two).

FUN FACT #3
Texans wideout DeAndre Hopkins has enjoyed a stellar career from just about any angle, but it’s especially fruitful against non-conference competition.

Charting his last 10 games against NFC defenses, Hopkins racked up 100 receiving yards and/or one touchdown nine times; and all told, the Clemson alum boasts supreme averages of seven catches, 113 yards receiving and 0.8 TDs.

However, the same cannot be said about Chiefs tight end Travis Kelce, who holds elite-level averages of seven catches, 103 yards and 0.4 touchdowns when playing inside.

Now for the bad news: For the season, the Lions (Kelce’s opponent in Week 4) have top-5 rankings against opposing tight ends, in the categories of targets, receptions and receiving touchdowns allowed.

FUN FACT #5
On paper for Week 4, Buccaneers receiver Mike Evans has an unpleasant date with the Rams, who have yet to yield a receiving touchdown to an opposing wideout.

But as mentioned the other day in the Fantasy Revelations, this is not the time to tread lightly with Evans endorsements.

In fact, we’re willing to bet Sunday’s encounter with the Los Angeles secondary will be a match made in heaven for Evans — not unlike the entree pairing of Dynamite Shrimp and Tempura Poppers from the P.F. Chang’s on Westshore Plaza in Tampa.

Here’s the reason for such optimism:

**Evans has posted at least one touchdown in back-to-back games 14 times.

Life’s been even better in western New York.

Which brings us to this … charting his last 10 complete games against non-divisional competition, Kupp boasts excellent averages of 6.3 catches, 8.6 targets, 94 yards and 0.9 touchdowns; and for his lone playoff effort (January 2018), the Eastern Washington alum fleeced the Falcons for eight receptions, 12 targets, 69 yards and one score.

FUN FACT #8
The Redskins might be an 0-3 trainwreck in the real world, but there’s certainly nothing wrong with quarterback Case Keenum’s contributions on the fantasy end; and that goodness should carry over to this weekend’s clash with the Giants, who rank dead-last against the pass (346 yards per game) and 29th in passing touchdowns allowed.

There’s also this to celebrate: Citing his last five games (with the Broncos, Redskins), Keenum has quietly notched 300 total yards and/or multiple touchdowns every time; and this year, he’s averaging 29 completions, 311 yards passing and 2.3 TDs per outing.

FUN FACT #9
The Falcons have claimed one division title, two playoff appearances and one NFC championship since 2015; and yet, during this same stretch, the club has a baffling streak of seven straight home losses to AFC foes.

Which begs the question: How has Julio Jones fared during this quirky funk?

On the down side, Jones hasn’t found the end zone against AFC defenses at home in five years.

FUN FACT #10
Let’s have a frank discussion about Seattle’s Will Dissly, since he has garnered plenty of Twitter attention this week.

I have no clue if Dissly will bloom into one of fantasyland’s most prestigious tight ends. For yours truly, his big, burly frame and Grizzly Adams-style beard just SCREAMED “blocking tight end” on Fantasy Draft Night.

But let’s give credit where it’s due: Dissly has logged seven career games in the pros; and of the six outings where he collected two-plus targets, the University of Washington alum tallied 50-plus receiving yards and/or one touchdown five times.

Plus, in the last two games alone, Dissly has amassed 11 catches, 12 targets, 112 yards and three touchdowns.

Here’s one more glorious nugget: The Cardinals (Dissly’s opponent for Week 4) rank 31st with targets and receptions allowed to opposing tight ends … along with dead-last in receiving yards and receiving touchdowns to the same positional group.