NFL: 4 crucial questions to ponder amid Cam Newton’s semi-surprising union with the Patriots 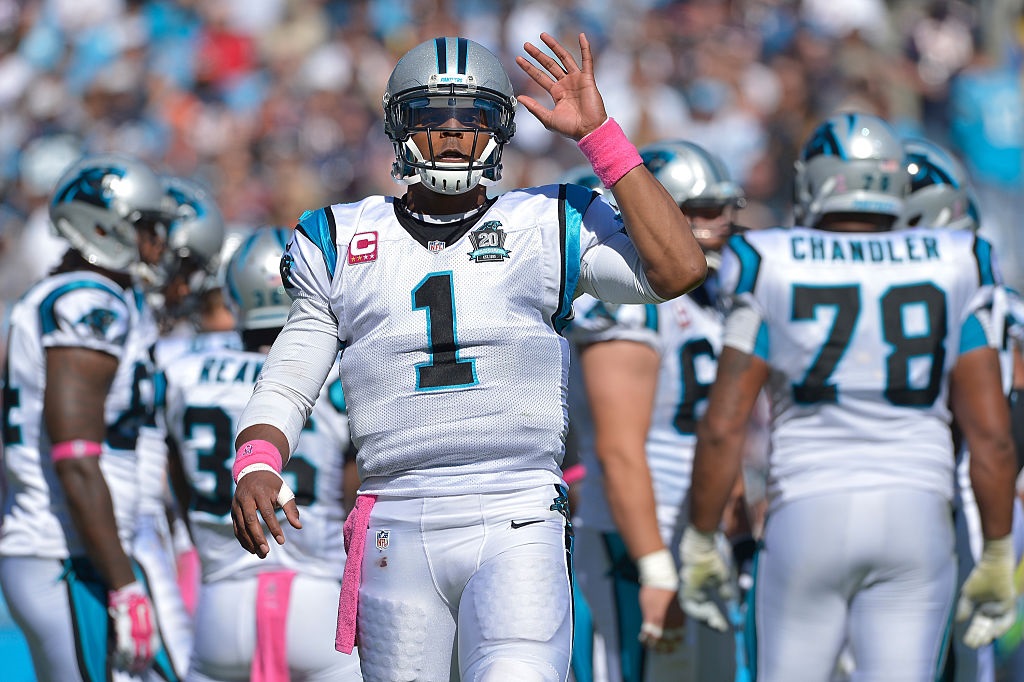 The Jacksonville Jaguars have averaged only 4.8 wins over the last nine seasons, with seven of these campaigns involving five or fewer victories.

Throw in last year’s mediocre tallies with scoring offense (26th overall), scoring defense (21st) and 20th in turnover differential (minus-1), and from afar, it would seem the Jacksonville franchise could have used the services of a former NFL MVP quarterback who just turned 31 last month.

And yet, the Jaguars are apparently sticking to their preseason plan of sinking or swimming with Gardner Minshew II running the show in Jacksonville.

The same Minshew, who in 2019 posted five games of 205 or fewer passing yards, seven outings of zero or one touchdown and eight efforts of a completion rate under 60 percent.

The Jaguars’ loss … has suddenly become the Patriots’ gain.

On Monday, there were numerous reports of Newton (2015 NFL MVP with Carolina) agreeing to a one-year, $7.5 million deal with New England, just in time for next month’s training camp in Foxboro.

BATSBY Sports breaks down four key questions from Newton’s short-term pact with New England, relative to how this change could affect the battles for divisional and conference supremacy.

QUESTION #1
Does this major news guarantee that Newton will be the Patriots’ starter for Week 1 against the Dolphins?

Likely, but it’s not a fait accompli situation, either.

If Newton had signed with the Jaguars, Patriots head coach Bill Belichick likely would have been fine with second-year QB Jarrett Stidham serving as the official successor to Tom Brady.

After all, this franchise, under Belichick’s direction, has a solid 20-year track record of drafting and developing quality quarterbacks (Brady, Jimmy Garoppolo, Jacoby Brissett, Matt Cassel).

Surely, Stidham has the raw skills, mental mindset and physical upside to be included in the above list sooner than later.

QUESTION #2
Should the Patriots be considered the new favorites in the AFC East?

By any metric, Brady (six-time Super Bowl champion, three-time NFL MVP, No. 2 in passing yards and passing TDs, 17 divisional titles) is a runaway pick for the NFL’s greatest quarterback of all time.

However, in his 20 seasons with New England, the man didn’t log a single down on defense.

**Last season, the Patriots ranked No. 1 in scoring defense and turnover differential; and the vast majority of cogs from that prolific unit will return in 2020.

**Newton’s shoulder and leg maladies from previous seasons have been well-documented.

However, after perusing various videos of the 2010 Heisman Trophy winner conducting monster workouts of strength, speed, agility and flexibility … Newton absolutely deserves the benefit of the doubt, in terms of being prepared to play (and dominate) in 2020.

QUESTION #3
Can Newton return to the top tier of NFL quarterbacks in Patriots garb? But then again, does it really matter?

In other words, Newton (lifetime playoff record: 3-4) might be a Grade-A talent, but the Pro Football Hall of Fame resume could use a few more tent-pole moments in the coming years, especially during the postseason.

The quickest remedy here: Newton aligns himself with Belichick for a sustained period, hoping the lack of consistent campaigns of 4,000 yards passing or 30 touchdowns are counter-balanced with playoff triumphs.

And that’s why Monday’s revelation represents such a win-win for both parties. Sure, the Richard Shermans of the world might be displeased with the limited market for Newton’s services (read: no $20 million offers), but Cam couldn’t have asked for a better landing spot.

Bottom line: If Newton needs 3-4 weeks to find his rhythm in the Patriots offense … then it might not come at the expense of team victories.

Looking at the 2020 schedule, New England should be a prohibitive underdog just once in the first five games (Week 4 at Kansas City). For every other Sunday (or Monday), a 4-1 start before the bye seems eminently doable.

That’s the beauty of this new relationship: For the first time in his decorated football career, perhaps dating back to Pop Warner ball, Newton won’t feel the burden of carrying his teammates for long stretches of a season.

And you can’t put a price on such a free-and-easy existence.

QUESTION #4
Whatever happened to the pipe dream/conspiracy theory of the Patriots potentially tanking in 2020 … as a means of landing Clemson QB Trevor Lawrence or Ohio State’s Justin Fields at the top of next year’s draft?

There’s a famous line about suckers being born every minute.

This phrase would also apply to the delusional NFL fans who believed that Belichick — at age 68 and merely 55 victories from Don Shula’s all-time mark for coaching victories — would intentionally want his team to fail in Year 1 without Brady … despite already having perhaps the NFL’s best defense.

The only excuse we’ll accept here, regarding the skeptics: If you were born after the year 2008 — when Belichick led the Patriots to an 11-5 record without the season-long services of Brady (torn ACL in Week 1) — then maybe you’ll be excused for such stupidity.

For everyone else, Belichick and myself find your lack of faith in the Patriots disturbing, regardless of which quarterback’s helming the offense.

(Spoiler alert: Cam will be the man!)

PrevPreviousPLAY BALL? Our logistical solution for accommodating MLB’s 60-game sprint to postseason glory
NextFANTASY FOOTBALL: A mock-draft simulation, when holding the No. 6 slot in PPR leaguesNext