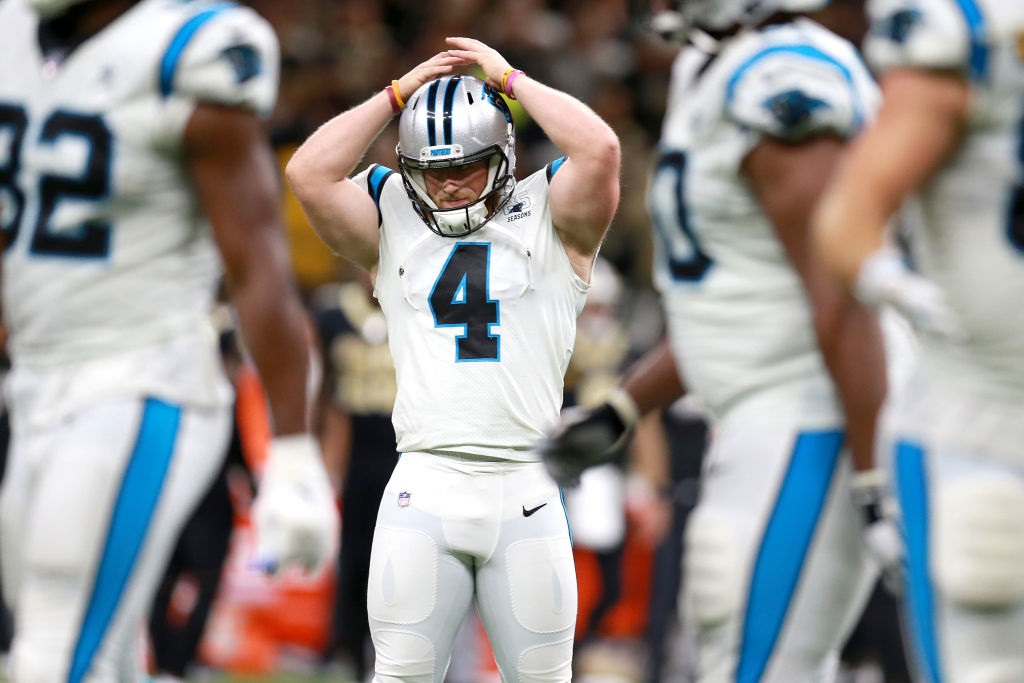 In high-level sports, it’s quite common for players, coaches, fans and media to get lost in a particular moment, given the intensity of an isolated situation.

But this wasn’t the case for me Sunday afternoon, while watching NFL Red Zone.

With the Panthers-Saints game approaching a potential cliffhanger ending, I fully understood how the NFL had been on the precipice of making history, the brink of something truly wonderful.

As in … the glorious and untimely end of pass-interference reviews with Instant Replay — the biggest scourge to hit the NFL since onside kick formations were severely neutered, in the vague name of player safety.

But that’s another rant for another day. Let’s focus on the scene from Sunday:

With the score knotted at 31 and the clock ticking closer to the two-minute warning, the Panthers were nicely positioned for the go-ahead touchdown, marching down to the Saints’ 5-yard line.

On 3rd and 3, quarterback Kyle Allen dropped back and attempted a short crossing pass to Carolina wideout Jarius Wright.

The incomplete exchange was initially ruled clean by the goal-line official, despite some clear-cut contact with the Saints defenders.

However, this didn’t stop Panthers head coach Ron Rivera from demanding an Instant Replay challenge … even though the overturn rate with pass-interference calls has reportedly been low all season, in the teeny-tiny realm of 5 percent.

What made Rivera’s request such a landmark move?

That play quickly became a touchstone moment for NFL executives and power brokers (namely Commissioner Roger Goodell), as they were essentially guilt-tripped into amending the parameters for Instant Replay — which now include pass-interference rulings.

Fast forward to August: During preseason play, NFL teams were already grumbling about the banality of reviewing pass interference — one of the most subjective calls for today’s officials.

To the casual sports fan, this seemed like a major (and perhaps needless) overreach for one admittedly poor missed call — especially since the Saints got the ball once more in overtime versus the Rams.

As such, it prompted me to drop the following Tweet during the summer, which now looks mighty prescient:

In a shocking move, Rivera’s replay challenge was accepted, thus overturning an interference non-call that was tangible, but hardly egregious.

Consequently, the officials were showered with a chorus of boos from the angry Saints faithful, many of whom had adorned mock referee outfits during September home games.

The whole scene prompted a hearty laugh from yours truly — not out of wishing bad things unto the Saints … but more out of anticipation for what could occur during the 2020 offseason.

My hypothetical rationale at the time: If the Saints lose on an overturned PI call, the NFL Competition Committee will have all the ammunition and motivation to drop this far-flung experiment next spring; and it might even be a unanimous vote among the 32 franchises.

But alas, that’s not how things unfolded on Sunday. Armed with a fresh set of downs at the 3-yard line, the Panthers literally did nothing with this golden opportunity.

PLAY #1: Christian McCaffrey run up the middle for minus-1 yard.

PLAY #4: Kicker Joey Slye, who had missed a pair of PATs earlier in the game, boots his 28-yard field goal attempt wide right.

After that, Drew Brees and the Saints would proffer the most predictable of fantastic finishes, driving the offense 65 yards in 11 plays … leading to Wil Lutz’s game-winning kick of 33 yards.

As the New Orleans fans figuratively rocked the Superdome to ear-splitting decibels, in delirious celebration, few probably understood just how close the NFL had come to incurring another major controversy with Instant Replay.

Involving the Saints, no less.

And spinning things forward, no one can guess when the next opportunity to simplify Instant Replay will arise.

As referenced in the Tweet above, only the irony of the Saints getting rooked by their own whine-infused creation … can take us back to that halcyon era of pass-interference calls being entirely in the hands of capable referees.

PrevPreviousBOWL PROJECTIONS: Utah’s still a good bet for the Peach Bowl … no thanks to Oregon
NextNFL CRUNCH TIME 2.0: Projecting the final order of NFC playoff seedsNext