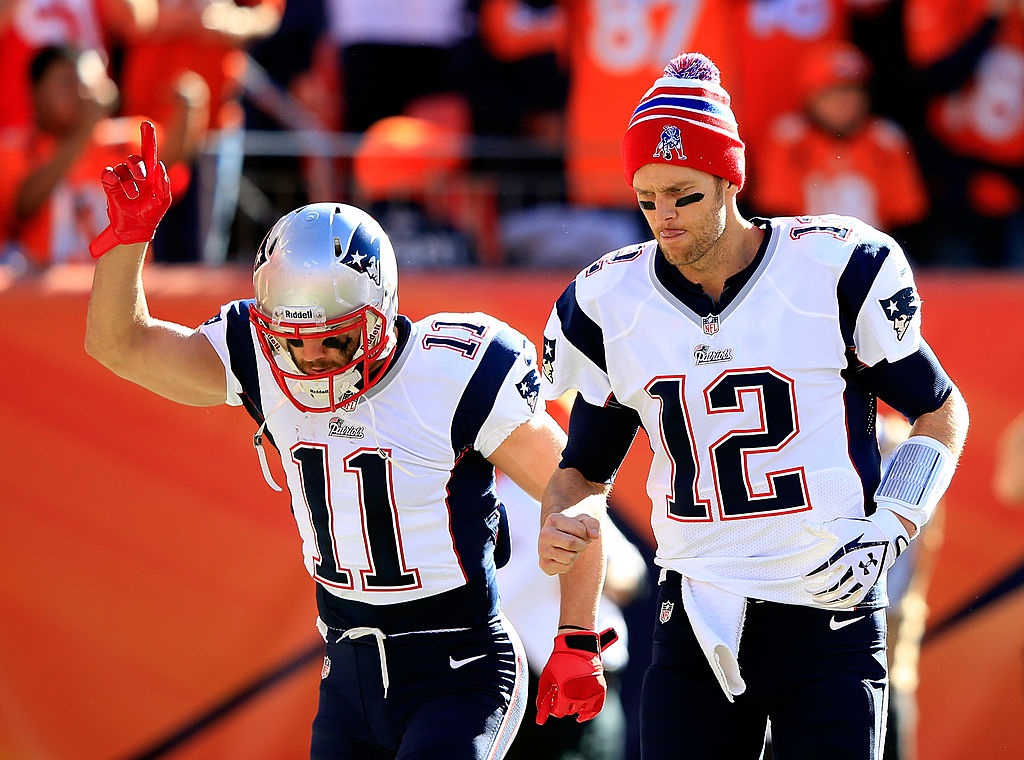 Remember back in Week 4, when the uber-hyped Browns hung 40 on the Ravens in Baltimore, thus forcing a 2-2 tie for the AFC North lead?

Fast forward to the present: The white-hot Ravens (winners of nine straight) are now 90-plus-percent locks to capture the AFC North crown and claim home-field advantage throughout the AFC playoffs — the happy result of enjoying a de facto two-game lead over the Patriots with three weeks remaining … due to Baltimore’s Week 9 victory over New England.

The Ravens also boast the prohibitive favorite for NFL MVP (quarterback Lamar Jackson), the NFL’s best rushing offense, the No. 1 scoring offense (33.1 points per game) and an elite-level defense (5th in scoring) which has allowed super-low averages of 15.3 points per outing since Week 5.

Moving forward … the Ravens are solid bets to win the next two games (vs. Jets, @ Browns), thus clinching homefield for the postseason.

Under that scenario, Baltimore would likely bench all of its primary performers for Week 17, leaving the door open for Pittsburgh to potentially clinch a playoff berth in the season finale.

Despite back-to-back losses to likely playoff challengers (Texans, Chiefs), the Patriots are still in prime position to carry the AFC East title and earn a first-round bye — thanks to a friendly finishing kick of two bottom-feeding clubs (Bengals, Dolphins) and one grudge match at home (Bills).

As such, New England might have the best odds of any AFC powerhouse going 3-0 down the stretch; and with that, the Patriots would be unrivaled for the No. 2 playoff seed.

Our keys to success with this club haven’t changed much in recent weeks:

Just avoid the wild-card round and multiple road games during the postseason.

The surging Ravens are certainly playing well, but no AFC contender from 2019 can match the aura of the 2018 Chiefs … and the Patriots walked out of Kansas City with the Lamar Hunt Trophy back in January.

So, there’s precedent for projecting Tom Brady and Bill Belichick for their 10th Super Bowl together, even if feels like the Patriots’ national dissenters haven’t been this audible in a decade or so.

On Sunday, the Chiefs became the second NFL club to clinch a division title (along with the Saints), due to a three-game lead and tiebreaking series sweep of the Raiders (AFC West).

As a bonus, Kansas City got an early Christmas present from Denver, which forged a surprising road rout of Houston, thus putting the Chiefs in momentary possession of the AFC’s No. 3 playoff seed.

What makes this so significant?

If the Chiefs and Texans end up with the same record, and as division champions, Houston would get the head-to-head nod, stemming from its road win over Kansas City (Week 6).

But now, it’s a pretty simple recipe for the Chiefs: Just win out (vs. Broncos, @ Bears, vs. Chargers), and they’re a lock for the 3-seed … and maybe even a first-round bye — if the Patriots accrue one more defeat over the final three weeks.

Now for the tricky part:

We’re a little uneasy about the Week 16 matchup with the Bears — if Chicago’s still in the playoff hunt come then:

However, if the Bears (6-6) are officially out of contention before their Sunday Night Football meeting with the Chiefs, then the ‘intangibles’ advantage would dramatically shift in Kansas City’s favor.

Realistically speaking, we’d be shocked if any NFC wild card team sports a record worse than 11-5 … which would ostensibly eliminate the Bears right now (even if not official).

The Texans might be the AFC version of Schrodinger’s Cat, in terms of the club’s chances of winning the AFC South being alive … and dead at the same time.

Factoring in Sunday’s upset loss to Denver, Houston has a potentially dicey slate to close the regular season, encountering one elite offense (Tampa Bay) and two titanic matchups with Tennessee, which has gone on a 6-1 tear since Ryan Tannehill supplanted Marcus Mariota at quarterback.

a) Presuming a series split with the Titans (2-2 in the South), the Texans (3-1 in South) would carry the tiebreaker advantage, based on a stronger divisional record.

b) Texans QB Deshaun Watson (3,425 yards passing, 31 total TDs) has enjoyed six games of three or more touchdowns and has the capacity to carry Houston into the playoffs.

Within that success, Houston became the first opponent all season to register multiple passing scores versus New England (Week 13).

Let’s keep it short and sweet: If the Bills want to bring value to their Week 16 showdown with the Patriots, in terms of making it a de facto winner take all scenario for the AFC East crown, then Buffalo must leave Pittsburgh with a victory on Sunday night (game flexed into prime time).

Anything short of a win at Heinz Field, and the Bills could end up missing the playoffs altogether. The AFC standings are that tight … and the situation has slowly become that dire.

It’s an odd thing to say, considering the Bills were riding high at 9-3 just 48 hours ago.

PROJECTION: We’ll take the Bills winning for Weeks 15 and 17 … but incurring a road defeat to the Patriots on Dec. 21.

This year’s squad (8-5 overall, 6-3 conference) is an odd mix of untested playmakers and largely ignored quarterbacks … but they’re nicely positioned for a wild-card berth.

What’s to explain this unforeseen revival?

Of course, much credit goes to head coach Mike Tomlin and a defense that hasn’t surrendered 25 or more points since Week 3.

But third-string QB Devlin ‘Duck’ Hodges also deserves some props, shepherding the Steelers to a 3-0 starter’s record … while “not killing” his team’s chances of victory, according to Tomlin.

That first 3-0 stretch was commendable, but plausible, given the schedule.

The next three-game stretch, however, won’t be so accommodating, beginning with the Bills (major tiebreaker ramifications), the Jets (Le’Veon Bell grudge match) and a season-ending trip to Baltimore, taking on a Ravens team that has won nine straight games.

For BATSBY Sports, this projection comes with great consternation, since the Steelers could easily go 3-0 or 0-3 down the stretch. The key here: Hitting the opponents at the optimum time.

PROJECTION: Pittsburgh loses to Buffalo, beats New York on the road … and then catches an amazing break in Week 17, with the Ravens resting all of their stars for the postseason run.

If all goes well, it’ll mean a 10-6 record for the Steelers, and one shocking postseason bid.

The Titans (just 2-4 after six weeks) have enjoyed a storybook ride to playoff contention, thanks to the emergence of quarterback Ryan Tannehill, who owns a 6-1 starting record since taking over Marcus Mariota.

With Tannehill running the show in Nashville, the Titans have averaged 31.3 points over the last seven games; and for the season, Tennessee’s defense has surrendered 24-plus points only twice.

Put the above factors together, and the Titans could be wonderful dark-horse contenders for the Super Bowl. But alas, there’s still much work to be done, in terms of qualifying for the postseason.

For starters, Tennessee likely needs to sweep Houston for Weeks 15 (home) and 17 (away), given the Texans’ current edge with division record.

Also, the Titans have the tougher non-conference outing for Week 16, hosting the 10-3 Saints … whereas the Texans draw the schizophrenic Buccaneers (potentially without Mike Evans) in sunny Florida.

FINAL PROJECTION: Titans and Steelers both finish with 10-6 records, but Tennessee’s season-ending defeat to Houston denies the club of the AFC South title … and drops its intra-conference record to 7-5 (compared to Pittsburgh’s 8-4).