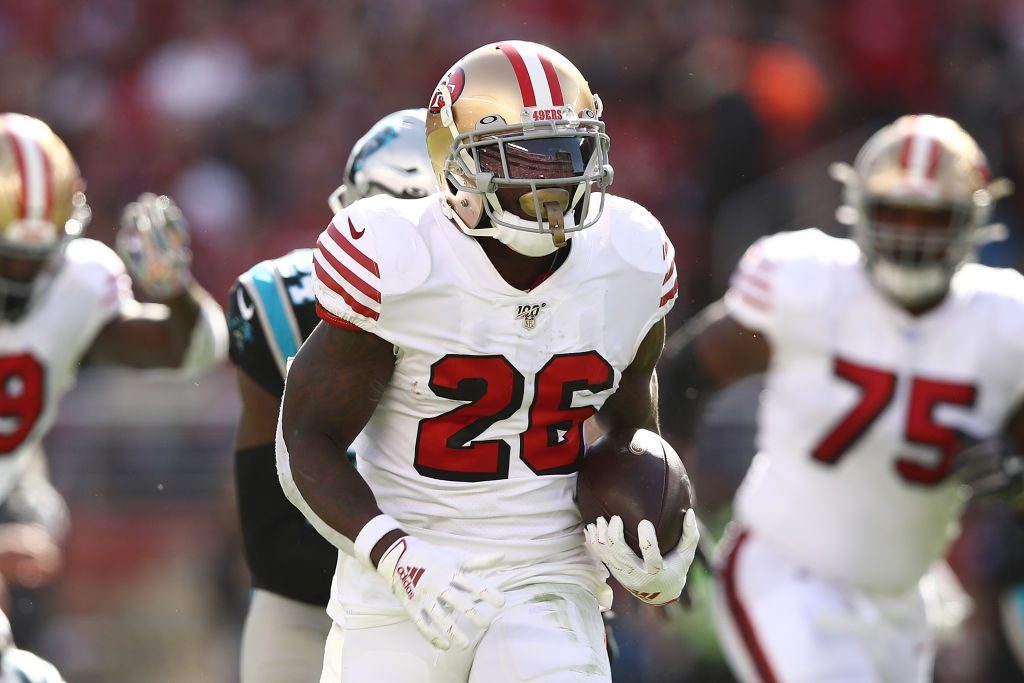 BATSBY Sports envisions the Niners collecting wins over the Cardinals, Packers, Falcons, Rams and Seahawks in Week 17, which also projects to be a winner-take-all clash for the NFC West crown.

The losses are projected to come from the two-game road trip to New Orleans (Week 13) and Baltimore (Week 14).

Put it altogether, and the road to representing the NFC in Super Bowl 54 would likely go through Santa Clara … although the Niners would hardly be heavy favorites in the Divisional Playoff round.

The Saints might come to regret Sunday’s wretched home loss to the Falcons, in terms of squandering home-field advantage for the entire NFC playoffs.

But there’s a silver lining here:

If New Orleans can catch fire once again, knocking off the likes of Tampa Bay (road), Carolina (home), Atlanta (road), San Francisco (home) and Indianapolis (home) over the next five weeks, the Saints could withstand season-ending road losses to the Titans and Panthers … and still maintain possession of the No. 2 seed (first-round bye).

How is that possible, if the Saints and Packers are both deadlocked with overall record and intra-conference mark?

Under our hypothetical, New Orleans would own the edge over Green Bay for the third tiebreaker — overall record vs. common opponents.

As mentioned above, BATSBY Sports projects the Packers and Saints to engage in a hotly contested for the No. 2 seed, all the way through Week 17.

So given that easy assumption, Green Bay should get the nod over Detroit for the season finale … even though the free-falling Lions (1-5 since Week 5) could salvage a tiny fraction of their disappointing campaign with home spoiler versus the Packers.

(Remember the questionable ending from Week 6?)

Still, we don’t see it happening, especially if QB Matthew Stafford (back fractures) gets shut down for all of December, once Detroit has officially been eliminated from the postseason.

The Packers won’t be so fortunate for their other remaining road outings: BATSBY Sports has Green Bay going down against San Francisco (Week 12) and Minnesota (Week 16).

How’s this for weird?

BATSBY Sports projects the hot-and-cold Eagles to drop their next two games at home (Patriots, Seahawks) … and still rebound for the NFC East title.

The rationale: Philly capitalizes on one of the NFL’s easiest schedules for Weeks 13-17 (Dolphins, Redskins, Cowboys, Giants twice) and rallies for a 4-1 finish — including the season-defining revenge win against Dallas (Week 16).

And that’s a good thing, since neither the Eagles nor Cowboys are serious wild-card candidates.

For the road games, BATSBY Sports has the Vikings splitting crucial matchups with the Seahawks (win) and Chargers (loss).

Assuming that’s the order of the 1-1 roadies, Minnesota’s Week 14 triumph over Seattle would be the main tiebreaker for Wild Card #1.

Bottom line: The Seahawks have the stuff (and QB Russell Wilson) to win the NFC championship and maybe even a Super Bowl, but they also possess the wild inconsistencies of a potential No. 6 seed … albeit one with a fantastic overall record.

Speaking of which, if our projections hold true, it will mark the first time in 30 years that every NFC wild card posted 12 or more wins.

The next-year curse/hangover of teams losing the Super Bowl has apparently claimed another victim.

However, the Rams won’t survive the treacherous road trip for Weeks 15-16 (Dallas, San Francisco), eliminating all hopes for a division title or wild-card berth.

The Cowboys arguably have the NFC’s toughest schedule for the final seven weeks; and the degree of difficulty would be even greater, if Dallas falls this Sunday in Detroit (with or without Lions QB Matthew Stafford).

Panthers QB Kyle Allen looked pretty good in the snow last week against the Packers, but it still doesn’t infuse us with playoff hubris, in terms of Carolina proffering a 5-2 or 6-1 finish.

The one highlight: We’re projecting a Week 17 win versus the Saints, booting New Orleans from home-field advantage throughout the NFC playoffs.