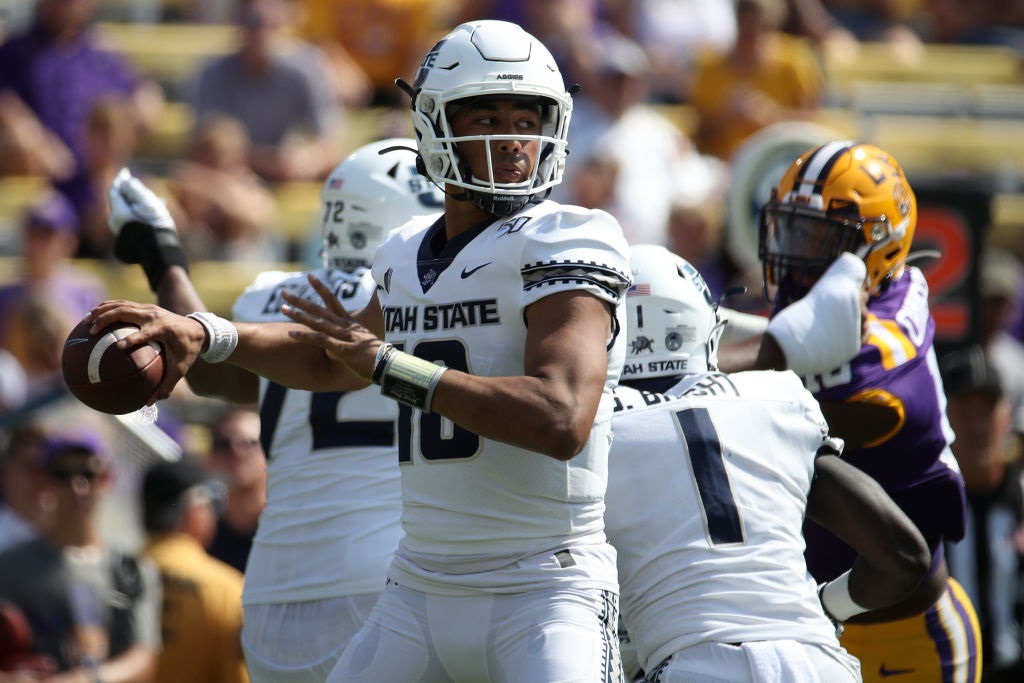 The quarterback easily stands as the most important position in football, often serving as the primary reason for an NFL franchise staying in playoff or championship contention for eight, 10, 12 or 15 years.

And yet, neither the Bengals, Dolphins nor Chargers had to move a muscle to corral Joe Burrow (1st overall), Tua Tagovailoa (5th) and Justin Herbert (6th) early in the draft. In fact, the whole experience on TV seemed like a fait accompli for the above franchises, since the Lions and Giants general managers weren’t burning the phone lines leading up to their respective picks at 3 and 4.

Was this a negative consequence of staging a virtual draft? Perhaps. But then again, the Lions’ front office (led by GM Bob Quinn, head coach Matt Patricia) had essentially been on the clock for three months, since everyone had correctly pegged Burrow and Ohio State defensive end Chase Young for the first two selections.

Whatever the case, the Bengals, Dolphins and Chargers might never encounter an easier time with such a high-pressure acquisition.

Which brings us to …

Even the heartiest of Aaron Rodgers fans living in the Dairy State have to be impressed with the Packers’ stealth move of trading up for Utah State quarterback Jordan Love.

There might have been a sizable gulf between the first three quarterbacks taken (Burrow, Tagovailoa, Herbert) and Love’s ultimate landing spot (26th overall), but that also worked in Green Bay’s favor.

After all, in a normal year of Pro Days, on-site visits, thorough medical examinations and NFL personnel staffs spending countless April hours at their team facilities, Love might have generated the buzz of an eventual top-10 pick.

Instead, Love (averaged 3,515 yards passing, 30 total TDs for 2018-19) quietly slipped into the mid-20s, before receiving a lifeline from the Packers.

If the Green Bay duo of GM Brian Gutenkunst and head coach Matt LaFleur had stuck to their original slot of 30 before selecting Love, it would have been an easy acquisition to justify with the Packers faithful (and media) — in terms of developing a value-driven prospect for the long term, while maintaining that Rodgers (46,946 yards passing, 392 career TDs) would remain as Green Bay’s starting asset for many years.

However, there’s no other way to spin zooming up for Love … and not have it as a referendum on Rodgers’ suddenly murky future with the franchise.

Sure, Rodgers (turns 37 in December) may be a one-time Super Bowl champion, two-time NFL MVP and first-ballot shoo-in for the Hall of Fame someday, but if he has plans on still dominating NFL defenses into his late 30s/early 40s — similar to Tom Brady and Drew Brees — then it’ll happen with another franchise.

And frankly, that’s a stunning revelation. It also lends credence to speculation that Rodgers and LaFleur have endured a prickly relationship behind the scenes.

That’s the bad news. On the plus side, if Love ends up becoming a long-term fixture in Green Bay, say 12 years, it would mean the Packers enjoyed only three starting quarterbacks (Brett Favre, Rodgers, Love) over a 40-year span.

Georgia also became the first SEC school in a long time to have two offensive tackles selected in the first round (Andrew Thomas, Isaiah Wilson).

All told, the SEC absurdly accounted for 15 first-round picks (five from LSU, four from Alabama, two from Georgia, two from Auburn, one from South Carolina, one from Florida), or 47 percent of the Day 1 choices.

What’s more, it’s eminently plausible that three SEC prospects (tailback D’Andre Swift, cornerback Kristian Fulton, safety Xavier McKinney) will be among the first five selections of Day 2, especially with the Colts, Lions and Patriots on the board during that span.

So, now you know why the SEC generally dominates the recruiting cycle every year.

Yes, the fall weather in the South can be immaculate.

Yes, the tailgating experience has few rivals; and yes, the tradition and pageantry of SEC football takes a backseat to no one.

But at the core, the SEC’s perpetual pipeline of premium talent can be overwhelming for all comers, even the conferences with deep pockets (Big Ten), territorial exclusivity (Pac-12) and offensive wizardry (Big 12).

I should have taken more copious notes during Thursday’s dual-network broadcast (ESPN/NFL Network), tracking the number of leather couches at the homes of the 32 first-rounders.

From a ballpark perspective, as many as 25 prospects were reclining in leather sofas at the time of their respective indoctrinations into the NFL, including Burrow and Tagovailoa — likely Madison Avenue’s two biggest stars from the 2020 class.

Only time will tell if either player lands an endorsement deal with a furniture outlet, preferably one that drapes itself in soft leather couches.

PrevPreviousFINAL MOCK DRAFT: Projecting every Round 1 pick for the virtual NFL Draft
NextNFL: Here are the 2020 schedule rotations for every NFC clubNext